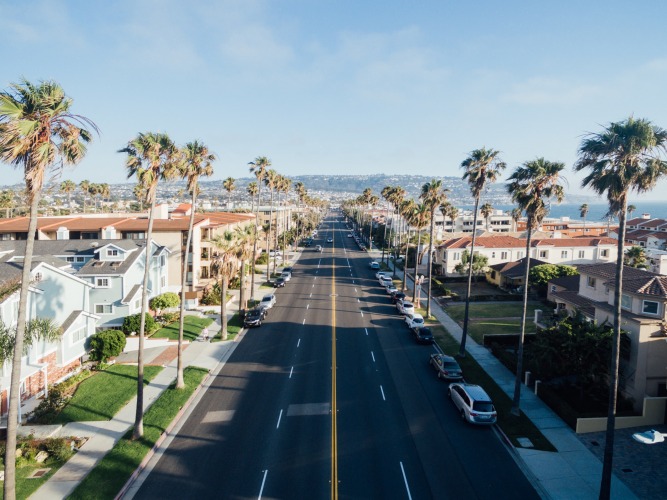 I feel like I should cue up the theme song for the CW *show “Crazy Ex-Girlfriend” to introduce you to West Covina, California.

This is a very ethnically diverse community with Caucasians making up just 11% of the demographics.

At 53%, Latinos/Hispanics dominate the city and the Asian population is almost 30%.

The average income here is $83,000 and homes go for an average of half a million dollars.

The majority of hotels you’ll find will be conveniently located along the San Bernardino Freeway (AKA – The 10).

The city is a shopping haven with three centers to explore.

Hong Kong Plaza has the best in Asian dining and shopping.

The city is also rich with public parts from one end to the other, offering many activities to explore in the beautiful West Covina weather.

*I feel as though I should explain Crazy Ex-Girlfriend to those who haven’t seen it.

It’s a musical comedy about a woman who moves across the country to the same town, West Covina, as her ex-boyfriend, but reiterates she “didn’t move here for Josh.”

It’s quite a hit with the younger generations.

It ran for four years before coming to an end in 2019.

It won several Emmys and Golden Globes, among other awards, during its reign.

There's a low overall risk here. The city has lower than average crime rates, a healthy income within its population, and plenty of coffee shops and parks.

Throughout West Covina, you have the Go West Shuttle that goes to some major shopping destinations and community centers. The fare is only a dollar each way. You also have access to Foothill Transit and Metrolink. There are traditional rideshare services and commuter rideshare services here. Traditional taxis are also available. All come with low risk.

With just three reports of pickpockets in 2020, the risk is low in West Covina. You still shouldn't let your guard down, as theft was the only crime above the national average, but your car is more likely to be a victim of theft than your wallet.

The city has an emergency plan for all kinds of disasters, including the following natural disasters - earthquakes, landslides, floods, wildfires, and windstorms. There's a medium risk because of all the things that can happen, even though it doesn't happen all that often.

Only 72 robberies happened in West Covina - a town of more than 100,000 people - during 2020. 14 of those were highway robberies, which is a robbery in public places. You can feel safe here with low risk, but with so many shopping areas bustling with people, don't throw caution to the wind.

There's a medium risk just because it's part of the second-largest metropolitan area in the country and there are a lot of terrorism sweet spots, like military bases and major attractions. That's part of the emergency management plan if you want to read about it on the fire department's website.

There's a low risk of being scammed here as a visitor. The most commonly reported scams are from residents. If you do see a potential scam happening, call the Fraud Hotline at (844)529-8292.

Women don't have any more reason than a man to be worried about traveling here, as long as you're using basic safety protocols.

There's a low risk for tap water use in West Covina. The water itself meets or exceeds all state and federal standards. The city is also working to replace the entire water distribution system as many parts are at the end of life. Water quality can also change quickly after a storm or wildfire, so check for water quality updates during your visit.

Downtown West Covina is along Glendora Avenue, and it’s also where several of the main shopping areas are located.

It’s not a traditional downtown setting, but it’s more like an urbanized main drag through a city.

There are so many shopping areas.

More local eateries and services than a shopping destination

A wide variety of Asian restaurant choices, with some specialty stores mixed in Big League Dreams, is perfect for young baseball and softball players.

The fields are built to be miniature replicas of big-league fields.

There’s dining on the property and batting cages.

Take in a game while you’re visiting and dream of swinging for the fences.

There are golf courses and many neighborhood parks to explore as well.

Places to Avoid in West Covina

The west side of town has higher crime rates compared to all other areas, so the closer you get to Baldwin Park, the higher the rates go.

However, keep in mind that a higher crime rate in a low-crime city, so it’s not saying “Don’t ever drive through there!”

The one thing about West Covina is, aside from the shopping and parks, there’s just not much else to do there.

Even the locals get bored sometimes.

You have to leave the city to do more exciting things, and that could take you through some dangerous areas.

Avoid going through a city you haven’t done some basic crime research on, especially at night.

As of 2021, there was a trend of cars getting tires and catalytic converters stolen.

It’s a good idea to get a car with wheel locks.

When a car’s tires get stolen, it’s hard to get them towed – since there are no tires.

Preventative action really can save you a big headache of waiting for a tow with a flatbed or going to a tire shop and having to install the new tires where they were stolen.

So... How Safe Is West Covina Really?

It’s a safe, but not all that exciting, city.

Here’s how the risk of you being a victim of a crime breaks down:

The city does have its fair share of car thefts and thefts from cars.

More than $2.3 million in stolen cars were reported in 2020 and more than half of the thefts reported were from cars or auto accessories.

It’s imperative to lock your car with an anti-theft device on the steering wheel and have wheel locks.

You should also never leave anything in a car unattended, including a GPS holder.

“As for West Covina, it’s alright but it borders La Puente and Baldwin Park on the west.

I’d stay away from those borders.”

“Not much in West Covina as far as cool stuff to do, unless you like Ikea.

Nice enough place, just not where you go to have your mind blown.”

Well, I do have one little mind-blowing fun fact.

The pool scene from Boogie Nights was filmed in West Covina.

I’ll give you the address if you promise to only drive by and not go on private property, okay?

How Does West Covina Compare?