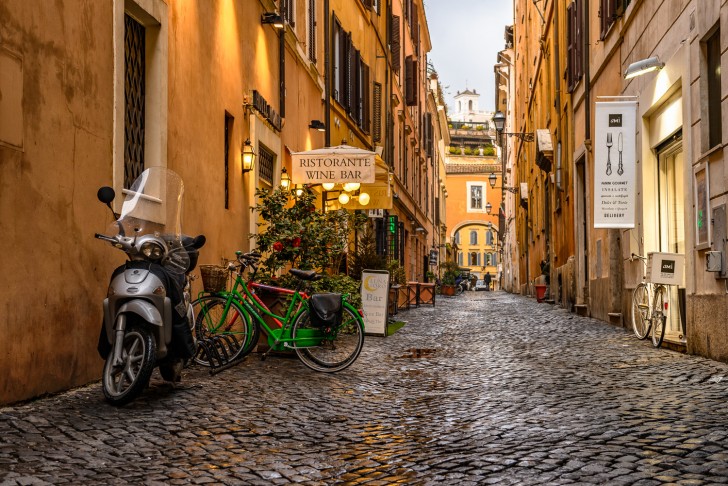 Italy is a country situated in southern Europe, and it is considered to be the cradle of Western culture.

Famous for its food, its culture, and its gorgeous language, it is one of the most visited countries in Europe because it is also where the greatest number of UNESCO World Heritage Sites lie.

You can find monuments and pieces of fine art in every corner of this beautiful country.

From Venice’s gondolas, through Florence’s museums all the way to its bright blue coastline, Italy is the country that keeps on giving.

And while it is considered a very safe country precisely because of the number of tourists, there are some cities and areas that should be avoided.

However, the most dangerous thing likely to happen is pickpocketing near tourist destinations and landmarks, so using common precaution measures should suffice.

Italy is ranked 34th on the list of world's safest countries, and since it's filled with tourists all the time, you should feel safe traveling here.

Public transportation and taxis are normally safe in Italy, so there is no need to avoid them.

Since Italy is a very attractive and popular tourist destination, there is, naturally, a high risk of pickpocketing. You should keep your valuables in a safe place, make sure nothing of value is in your back pockets, and never keep all your money in the same place.

Some of the worst natural disasters that could strike Italy are avalanches, though it is somewhat improbable they will.White Friday is the name given to the day when one of the worst avalanches in Italian history happened, during World War I, killing 270 people.

Italy is relatively safe when it comes to mugging and kidnapping, and such cases rarely happen, even more so to tourists, but do pay attention to your surroundings.

When a country is a top tourist destination, you should expect people trying to take advantage of it. This rule applies to Italy too, where scammers will likely try to take advantage of tourists and rip them off whenever they can, mostly in large, popular cities and landmark areas. Be on the lookout for anyone trying to distract you, help you with your luggage or groups of people acting strange.

Italy, like other popular European destinations, is very safe for women travelers.

So... How Safe Is Italy Really?

Just like all popular European destinations, Italy is a safe country.

A similar thing happens with beggars – they work in organizations and because of that begging is pretty common in Italy, like in every larger capital, but tourists are unlikely to experience aggressive beggars.

As for terrorism, Italy’s neighbors (France and Belgium) have experienced it and because of that Italy has increased security in almost every larger city, in case of such an occurrence.

Mugging and bag snatching is a serious problem in Italy, and you should be aware of your surroundings at all times because they might try distraction as a tactic to steal from you.

Take the usual precaution measures like you would when traveling to any other country (do not walk alone at night, leave your valuables unattended in plain sight or carry all your money in one place, easily reachable to potential muggers) and your trip will most probably go smoothly.

How Does Italy Compare?