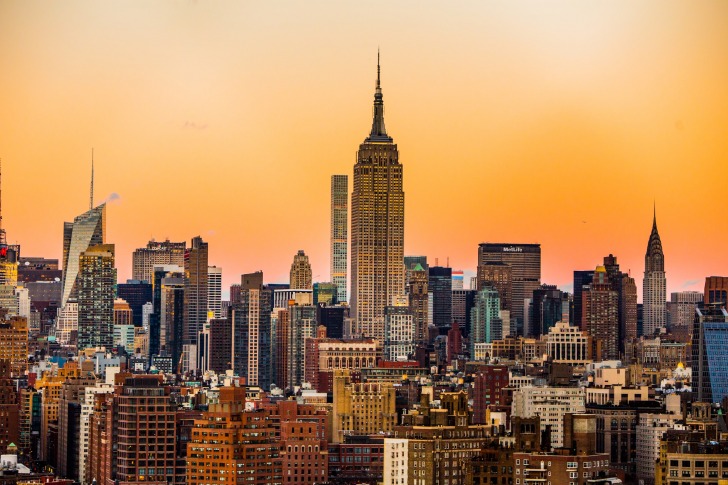 No trip to the United States is complete without seeing New York.

Home to the legendary New York City, the Empire State continuously ranks among the top travel destinations in the country.

New York offers a little bit of everything; from the beaches dotted with distinctly East Coast Houses on Long Island, the rivers and hills in upstate New York, and the excitement of the Big Apple’s cultural and culinary dominance, there is so much to do in every corner of the state.

If you’re curious to see for yourself what makes the Empire State so great, then check out this list of anything you may need to look out for to ensure your time is as safe as possible before booking your trip.

New York – and New York City in particular – have a bit of an undeserved reputation for being unsafe. However, you should know that it is a perfectly safe travel destination, and New York City ranked as the world’s 12th safest city according to The Economist. Like anywhere you go, exercise increased vigilance in places that aren’t familiar to you, and you should be just fine.

Taxis, ridesharing apps, and public transportation are perfectly safe in New York. Like anywhere else, just be mindful of your surroundings and your property. While the subway in New York City runs 24/7 and is a safe travel option, it is best avoided late at night and early in the morning, especially if you are by yourself. When riding in taxis, ride in the back seat and keep windows open if possible.

While pickpocketing does happen, especially in urban areas, it isn’t something you need to spend time worrying about. Just stay mindful of your surroundings and property, don’t flash valuable items, and don’t leave your bags and belongings unattended.

Weather in New York can be unpredictable and sometimes even violent. Winters are subject to severe snowstorms, while Summers and Falls see their share of tropical storms, flash floods, and hurricanes. Monitor weather closely during your trip and stay indoors during severe weather watches and warnings.

New York’s urban areas are very safe, and armed robberies are rare. With that being said, like anywhere else, don’t walk late at night, and stay close to other people whenever possible.

The tragic September 11 attacks are still very fresh in New York’s collective memory. Because of this, New York’s law enforcement has devoted large amounts of training, funds, and infrastructure to counterterrorism efforts. When you travel to New York, you can have the ease of mind that you are under the protection of one of the most prepared states in the country.

Panhandlers and scammers are a problem wherever you go in the world, and they are all over New York City’s downtown and touristy areas. Fortunately, the scammers you will encounter are harmless, and they can be avoided by not engaging in conversations with strangers. Just go about your business, and you will be fine.

New York’s tap water is well-treated and heavily regulated, especially in New York City. You should have no worries about drinking or using it.

Since New York City ranks among the safest cities in the world, you should have no worries about spending some time in this world-class metropolis.

While it has some areas that should be avoided, just like every city, those should not deter you from experiencing the museums, theater, food, and legendary nightlife the city has to offer.

Once you get enough of the city, however, you can find towns on Long Island like East Hampton and Port Washington that are as safe as they are pristine and beautiful.

Once you’ve had enough of the hustle and bustle of New York City, you can venture out to these peaceful beach towns for some lobster rolls and relaxation.

Places to Avoid in New York

While New York has some of the safest and most beautiful areas in the country, like everywhere else, it has its fair share of spots that should be avoided.

Albany, Erie, and Greene Counties have violent crime rates that are above the national average, and they are best avoided on your travels.

When it comes to cities and urban areas throughout the state, you should also keep in mind that these too have neighborhoods you should avoid.

For example, crime rates in New York’s Bedford-Stuyvesant, Brownsville, and East Harlem neighborhoods all have petty and violent crime rates that are above the state average.

Fortunately for travelers, these neighborhoods are out of the way from the city’s tourism and commercial hubs.

So... How Safe Is New York Really?

New York is a perfectly safe travel destination, and no travel itinerary to the United States is complete without stopping here.

Although a select few of the state’s counties and towns are best avoided, they do not offer the same excitement to tourists that New York City and the gorgeous spots upstate and on Long Island do.

The biggest thing you can do for your safety is to avoid traveling to New York during months when severe weather is common.

As for the rest of the state, just remember the safety tips mentioned in the list above, keep your wits about you, and you should be just fine.

Stay out of dimly lit areas, don’t accept any unsolicited help or items from strangers, and don’t leave the hotel with any important documents unless it’s necessary.

If you keep these in mind, your trip to New York is sure to be a safe and pleasant one.

How Does New York Compare?