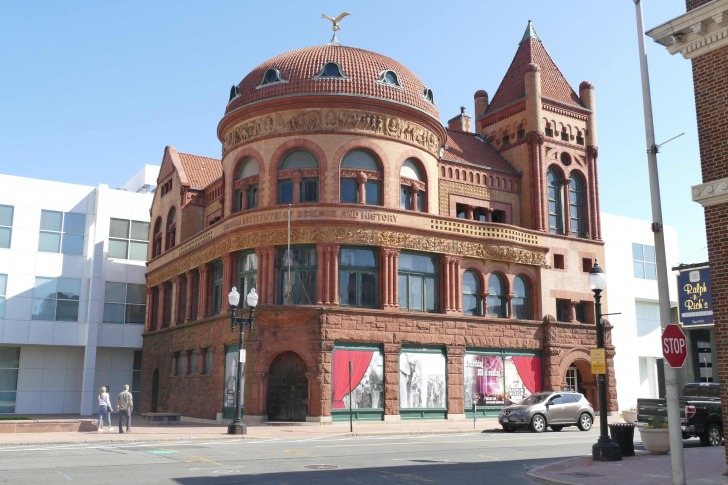 Connecticut is a state that is popular for people exploring the United States because of its location between New York City and Boston, two of the most important cities in the country when it comes to history.

The state is home to some of the best universities in the country, like Yale, and it has a beautiful coastline that is often overlooked compared to some of its neighbors in New England.

Connecticut is the third-smallest state in the United States by land mass with only Rhode Island and Delaware being smaller.

Despite this, it still has a relatively large population of over 3 million people, making it the 29th most populated state.

One noteworthy thing about Connecticut is that its city, Bristol, is home to ESPN, the number one sports channel in the world.

It has been the home of ESPN since it was founded in the late-1970s.

The state is fairly flat, but still has a lot to offer the outdoorsman thanks to its underused beaches and coastline.

Connecticut is one of the safest states in the country and is home to some of the communities with the best safety ratings in the United States. Travelers visiting the state should feel safe while visiting Connecticut unless they are doing things that are extremely dangerous or out of the ordinary.

Crime associated with transport companies in Connecticut is very low. You should feel extremely safe using rideshare, taxi, or public transportation as long as you use reputable companies. The accountability of a rideshare app is a great way to stay safe while getting from place to place.

There is zero risk of being pickpocketed or taken advantage of in that way while traveling in Connecticut. This is especially true as long as you are safe and don't leave your belongings sitting around where they would be easy to steal. Another good idea is to not keep your wallet in your back pocket in busier areas.

Unless you are wandering around a dangerous local neighborhood at night, you shouldn't worry about being mugged. It isn't a crime that happens much in the state of Connecticut and it especially doesn't happen in areas that tourists frequent. Just don't get caught wandering around in unfamiliar areas at night.

Of course, there is some risk of being scammed anytime you travel, but this mostly occurs online when you are booking. Shady companies may try to get your personal information or credit card number to use for their gain. Make sure you only use reputable companies when you book your trip online.

While women do inherently have more risk associated with travel than men around the world, the risk is still very low in Connecticut compared to other places. As long as you stick with your traveling party and don't go anywhere with a bad reputation, you should be fine.

The tap water is treated in Connecticut and is safe to drink. You may carry your own filtered water with you while you travel and explore the state, but it is not necessary to do so. There is no part of the state where the tap water has been classified as "unsafe to drink".

Safest Places to Visit in Connecticut

Connecticut is one of the safest states in the United States.

This even includes the beach towns that dot its coastline.

While most waterfront towns in other states are associated with higher crime rates and other issues, this isn’t the case in Connecticut.

One of these towns is Madison, which is popular because of its location near Hammonasset Beach State Park on the coast of Connecticut.

When you stay in Madison, you can experience everything the state has to offer when it comes to natural beauty.

Connecticut is also home to some of the safest communities in the world inland too.

Many people commute from these safe neighborhoods to New York City for work each day because of their low crime rate and great quality of life.

Connecticut is one of the original 13 colonies in the United States, so you can learn a lot about early US history while you are there.

Placess to Avoid in Connecticut

While Connecticut is extremely safe, there are still some areas to avoid if you want to stay as safe as possible.

Most of these bad neighborhoods are not places that tourists and travelers would typically frequent anyway.

The bad neighborhoods in Connecticut are found in the bigger cities like Hartford and New Haven.

If you are in Hartford, avoid staying on the north side of Hartford, north of I-84.

A good way to avoid staying in a bad area when you land in Hartford is to Google ahead of time.

When you are checking out hotels, there will generally be reviews about the neighborhood and what it has to offer.

This should include how safe it is.

Most of the worst neighborhoods in the big cities won’t have hotels or other rental properties you would be interested in anyway.

Safety Tips for Traveling to Connecticut

Traveling abroad is fun, but comes with some danger if you aren’t careful.

Here are some tips you can use to stay as safe as possible while you are traveling in Connecticut.

So... How Safe Is Connecticut Really?

Some cities in the state are some of the richest in the United States, so the amount of violent and property crime is extremely low.

The only real danger you are in when you travel there are the typical dangers you can find anywhere else in the country, but even that is lower than the average.

This is why the coast of Connecticut is such a hidden gem for US travelers. It’s both beautiful and safe to visit.

Avoid bad neighborhoods in Hartford, New Haven, and a couple of other cities around the state if you want to avoid the only real threat of experiencing any crime while you are there.

The good news is you probably have no interest in visiting these areas during your vacation.

Connecticut is truly a great place to visit in the Northeast because of its rich offerings and overall safety.

How Does Connecticut Compare?