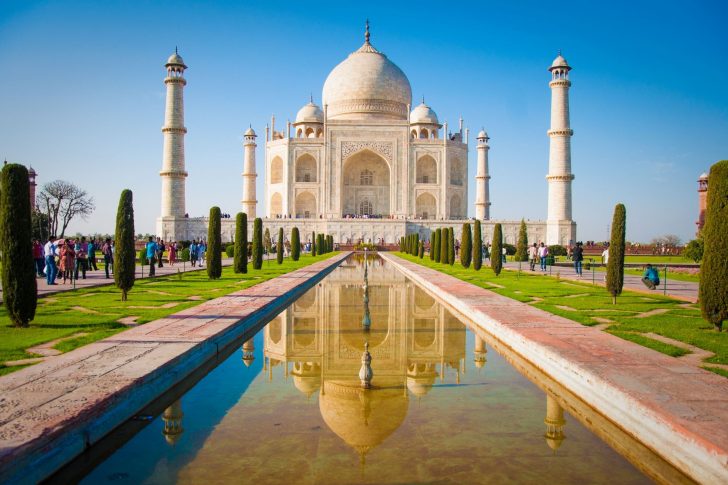 The largest country in the South Asia Region, the land impossible to remember once you visit it, India, is located in the center of South Asia.

Officially referred to as the Republic of India, it is the seventh-largest country in the world by area and has a population of over one billion people.

It is second only to China in population, though probably not for long.

India is an extremely memorable country, and due to its size, it varies widely in geography, climate, culture, language and ethnicity across the country.

As for tourist attractions and things to see and do in India, there are so many options that you would probably need to stay in India for a period of six months in order to see it all.

It one of the world’s fastest-growing economies and fastest developing countries which make its cities an attraction by themselves.

Though it has its parts that are ridden with poverty, it’s considered to be an emerging superpower.

Among the breathtaking things to see in India is one of the world wonders – the Taj Mahal, you can see tigers in some of the best national parks, and enjoy the Goa beach that is visited by more and more tourists every year.

Though India is considered a generally safe country, due to its size, there are more dangerous areas and less dangerous ones. It is necessary that you remain vigilant at all times.

Be wary of pickpockets in public transport, and taxi drivers (as well as tuk-tuk drivers) trying to rip you off. Be especially careful in the overnight buses or trains and don't accept any food or drinks as they might be spiked. Keep in mind that driving is dangerous because of poor road conditions and the fact that India follows the left-hand driving system.

Pickpockets operate literally everywhere in India. Be careful not to get your pockets picked and bag snatching is another very common form of petty theft. Pickpockets are especially common in public transport.

The main threats to India when it comes to natural disasters are earthquakes, floods and severe storms that commonly hit this beautiful country causing great damage.

Muggings and kidnappings aren't at all common in India.

India keeps being targeted by terrorists so there is a great risk of them trying to carry out an attack again. Anti-Western terrorist groups sometimes operate in India, including Islamist extremist groups.

This is a serious issue in India. If you're a first-time traveler to India, you will most certainly get scammed as this country is notorious for scams performed on tourists. Taxi scams with taxi drivers convincing you to take other accommodation are very common, as are those where vendors give you less change than they should. Whatever service anyone offers you - you find out how much it costs first, because they will try to charge literally everything.

Sexual assaults are on the rise in India, and it is dangerous for women to travel alone in this country, whether by day or night. Always strive to be accompanied by someone when outside. Move-in groups and avoid poorly lit and deserted streets.

So... How Safe Is India Really?

Violent crime isn’t common in this country, especially not against foreigners, while petty theft does exist but it is more prominent in areas frequented by tourist.

Thieves have been known to break into accommodations and rooms where tourists reside.

Be prepared that people are going to try and scam you or extort money from you, even the police, though the situation with corruption has improved during the last couple of years.

Keep in mind that homosexuality is illegal in India under a colonial-era law, with penalties of imprisonment or a fine.

The law that is still in force has been used for years to harass the LGBTQ community.

Police officers have been known to harass, extort money from and blackmail homosexuals in India, so members of LGBTQ might want to think twice before venturing into this country.

India follows the left-hand driving system, which can cause difficulties for tourists wishing to rent a car.

If you plan on driving in India, bear in mind that Indian roads aren’t in the best condition and that Indian drivers can oftentimes be reckless when behind the wheel, and don’t forget that you might run into wandering livestock on the road.

How Does India Compare?