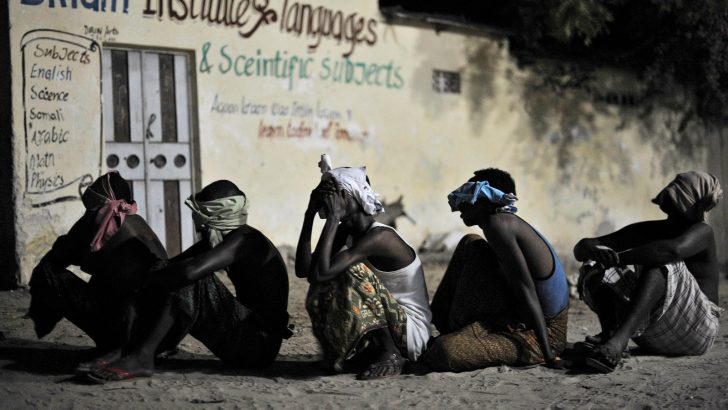 Somalia is situated on the Horn of Africa and is squeezed in between Ethiopia to the west, Djibouti to the north-west, and Kenya on its south-west.

Somalia has a complicated history and troubling past and political situation.

Civil war, military coups, and border disputes are all regular occurrences in this country, and it has been that way until the Ethiopian Army withdrew in 2007 after defeating an Islamist government.

However, since then violence has been on the rise due to the re-emergence of Islamist-extremist groups.

Somalia is currently run by a coalition government that comprises the Internationally recognized Transitional Federal Government and the former Islamist government.

However, the Islamic factions are affiliated with Al-Qaeda, and the atmosphere in the country is extremely tense, which is a shame since the country has the longest coastline in all of Africa and would probably be a desirable tourist destination if it weren’t for all the terrorism in the country.

Somalia is currently a very dangerous destination for potential travelers. Governments in several countries have even issued warnings against traveling to this country, for reasons such as terrorism, kidnappings, and other types of violent crime. Visiting Somalia can end in you getting seriously hurt or killed.

Given that Somalia has been without an effective government for 17 years, it has naturally taken a toll on its roads and transportation. The roads are bad, and there are only two ways to get around Somalia: buses and taxis. As you can imagine, neither is safe, especially buses that can get road blocked and people inside robbed, mugged, or worse.

Crime levels are high in Somalia and this goes for both petty and violent crime. Expect petty crimes like pickpocketing, bag stealing, camera stealing, and other forms of theft. Avoid crowded places, if you must leave your accommodation.

Excluding the warfare, as it's a man-made disaster, the two main natural hazards that have been known to happen in Somalia are droughts and floods.

Violent confrontations like muggings, armed robberies, and kidnappings are the norms in Somalia so it is recommended that you take extra care on the streets of this country, avoid dark streets and deserted areas. Bear in mind that risks increase after dark.

Terrorists are very likely to try and carry out attacks in Somalia. The biggest threat is coming from Al Shabaab and other groups opposed to the Somali government that persists in carrying out deadly attacks in and around Mogadishu on an almost daily basis.

This country is so dangerous at the moment that scams are the least of your problems. But yes, there are scammers that will try and take advantage of travelers, so double check your change, never pay anything upfront, and negotiate everything in advance. Be very careful around ATMs and be wary of anyone trying to distract you.

Somalia is not a safe destination for women. Do not go alone anywhere, and keep in mind that it is best not to move around Somalia at all, except if you're in a car with windows rolled up.

So... How Safe Is Somalia Really?

Somalia is a seriously dangerous country to travel to, and traveling there is not recommended.

The US State Department and most Western nations advise their citizens against going to Somalia, even if their visit there is of essential importance.

Al-Qaeda and the affiliated terrorist group, al-Shabaab persist in their activity across the country, kidnapping people, carrying out suicide bombings, and generally causing fear and chaos.

There is a particular terrorist threat to foreigners in places where they tend to gather, like airports, government buildings, hotels, and shopping areas.

In fact, in 2016, there were 14 reported attacks in hotels, restaurants, and the international airport in Mogadishu, while the latest attacks in autumn 2017 resulted in the deadliest incident ever in the capital of the country, with over 350 people killed.

The only disputably safer place in Somalia is the semi-autonomous region of Somaliland where the situation is much better than in the rest of the country.

Terrorism, however, isn’t your only problem in Somalia as you have to be wary of violent crime that exists in this country.

Although there is a police force established, keep in mind that corruption is on a high level, which is why crime rates are high.

Do not leave your accommodation, beware when traveling, there is a high chance in this country to be kidnapped and held for ransom.

Again, Somalia is a dangerous country for tourism, traveling to Somalia is not encouraged.

How Does Somalia Compare?