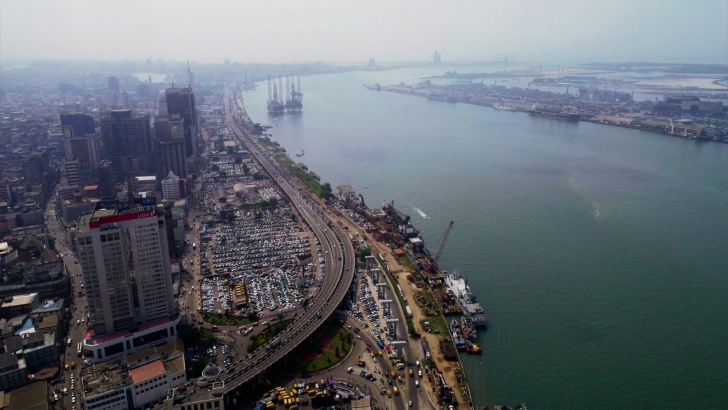 Nigeria is a country located in equatorial West Africa and Africa’s most populous nation.

It is also the seventh most populous country in the world.

It shares borders with Benin to the west, Cameroon to the southeast, Chad to the northeast, and Niger to the north, and it also boasts a southern coastline on the Gulf of Guinea.

While being famous for its population, it is also the largest African oil producer and, since April 2014, the largest economy in Africa.

Even though this country is rather dangerous, there are ways to spend quality time there – without getting hurt.

You can go to the Lekki Forest Reserve, which is basically an interesting patch of tropical rainforest with wooden walkways but you’ll have a hard time explaining the location to taxi drivers as locals often don’t know about this place.

You can also visit Obudu: a small and cool mountain escape that also offers a nice resort (Obudu Mountain Resort) on the mountain.

You can count on activities like forest walks, hiking, cable car driving, and swimming in swimming pools with fountains.

Nigeria is currently a very dangerous destination for potential tourists. Governments in several countries have even issued warnings against traveling to this country, for reasons such as terrorism, kidnappings, and other types of violent crime.

As for transport, it is not safe, and you should always opt for taxis and hired drivers to get around Nigeria. However, buses, although dangerous because of possible roadblocks and the possibility of passengers being attacked are reliable and can take you to any part of the country you wish to go. Still, be very careful when getting around Nigeria.

Crime levels are high in Nigeria and this goes for both petty and violent crime. Expect petty crimes like pickpocketing, bag snatching, camera snatching, and other forms of theft, especially on the streets of Lagos.

Nigeria gets severely hit by heavy tropical rains each year from May to September, which usually leads to flash floods. Floods are the most devastating natural disaster in Nigeria and they have also devastated the Niger Delta.

There have been some pretty scary reports concerning violent crime in Nigeria towards foreigners particularly. U.S. Department of State reporting more than 140 foreign nationals have been kidnapped, and six of them killed, since 2009. This is why it is essential that you avoid walking around Nigeria altogether, be it during the day or night. Opt for driving.

Terrorists are very likely to try to carry out attacks in Nigeria. Avoid northern and northeast Nigeria at all costs as those are the parts of the country where most of the terrorism takes place. However, there have been numerous attacks elsewhere, too. Threats are mostly coming from the terrorist group Boko Haram.

Of course, scams too are common in Nigeria, so double check your change, never pay anything upfront, and negotiate everything in advance. Be very careful around ATMs and be wary of anyone trying to distract you.

Nigeria is not a safe destination for women. Do not go alone anywhere, and keep in mind that it is best not to move around Nigeria at all, except if you're in a car with windows rolled up.

So... How Safe Is Nigeria Really?

You should know that there are plenty of foreign governments that advise against traveling to Northern and Central Nigeria altogether due to ethnic quarrels, lawlessness and the murderous Islamist groups such as Boko Haram.

You should avoid gathering anywhere while in Nigeria, and church-goers should not form in groups which are too large due to suicide bombings.

You may encounter jihadist groups in the regions of Borno, Kaduna, Bauchi, Yobe, and Kano.

When it comes to crime, Nigeria is considered a dangerous destination.

It is strongly advised that you travel in the company of at least one person.

Going to the capital, Abuja is not dangerous as it’s the home of most diplomats and politician so there’s plenty of security there.

Everywhere else, crime levels are high and you are strongly advised against roaming around alone, especially at night.

The roads are also dangerous as there’s a constant threat of an armed robbery.

The Niger delta area is also considered unsafe for tourists, as is Northern Nigeria because of the ethnic and religious tensions that took over this area.

The presence of Boko Haram isn’t helpful either.

The waters outside Nigeria are also dangerous: you are most likely to get attacked by pirates here.

If you’re a member of LGBT, avoid this country.

Homosexuality is ILLEGAL here with penalties of up to death.

In the North of the country, the sharia law is regularly implemented so LGBT travelers are advised to be extremely careful should be very cautious.

Both gay men and lesbian women can be executed.

Refrain from all public or private displays of affection at all cost.

How Does Nigeria Compare?