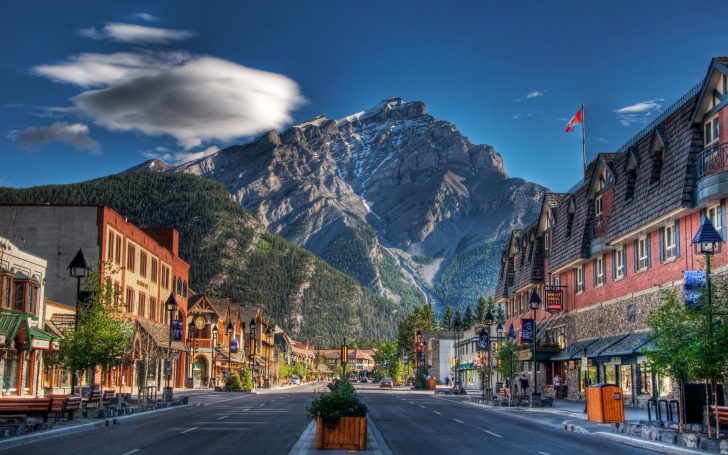 The largest country in North America (and second by size in the entire world), Canada, is known around the globe for its vast natural richness, gorgeous landscapes, and forests that make the mind boggle.

It is also one of the world’s wealthiest countries and a major tourist destination.

In many ways, especially economically and technologically, Canada is much like its southern neighbor, the United States, but the differences between the two are more than obvious in many ways, first of them being the fact that, even though both countries have a long history of colonialism over the Indigenous people of their countries, Canada is not only perfectly happy with its British heritage and history, but many Canadians are actually proud of it.

Even though it has a population of about 35 million, Canada is known on the international stage for its diplomatic skills, peacekeeping tendencies, tolerance and respect of human rights, and is highly respected because of it.

Canada is overall, very safe. It's actually known for its peacekeeping diplomacy, respect and tolerance for everyone, so you can rest assured that you will probably encounter no problems when traveling there. Still, do not let your guard down and be vigilant at all times.

There is no reason to fear the pickpockets. There is almost no risk of petty theft, and following a few basic precaution rules should take care of this issue.

Because of its northern location, there are a few risks when it comes to meteorological conditions. Canada is prone to strong, harsh winters, extremely low temperatures and snow storms.

Although there are some areas that should be avoided at night, Canada is very safe when it comes to mugging or kidnapping, especially for tourists.

There haven't been any terrorist attacks in Canada's recent history (except for the mass shootings in 2012, but those were isolated incidents); however, terrorist attacks should never be ruled out, so be aware of your surroundings at all times.

There is no risk of getting scammed in Canada, but still be careful when receiving change, check it twice, negotiate everything in advance and be wary of people offering you unwanted help, directions, etc.

Canada is very safe for females traveling alone. There are no dangers to watch out for, just apply basic rules of precaution and your trip should go smoothly.

So... How Safe Is Canada Really?

Canada is a very safe country to travel to.

If you’re planning on traveling to Canada, you should relax when it comes to safety, since the crime rates in this country are very low, even in the big cities.

Violent crime is also almost non-existent since if it does happen, it is usually linked to particular neighborhoods and is rarely in the form of a random attack.

There is another issue connected to the crime in Canada, and it is the issue of drug-related crimes in the form of street battles between gangs, but those also happen rarely and in particular areas.

Generally, crime rates in Canada compared to those in the United States and a big part of the rest of the world.

The issue that is tormenting the entire North American continent is the issue of mass shootings.

Canada is no exception.

Recently there have been several high-profile shootings in public/tourist areas – like the shootings that took place on June 2012 at Toronto’s Eaton’s Centre and HUB Mall in Edmonton; however, the only reason these shootings are well known and covered by the media is that they are so rare.

How Does Canada Compare?