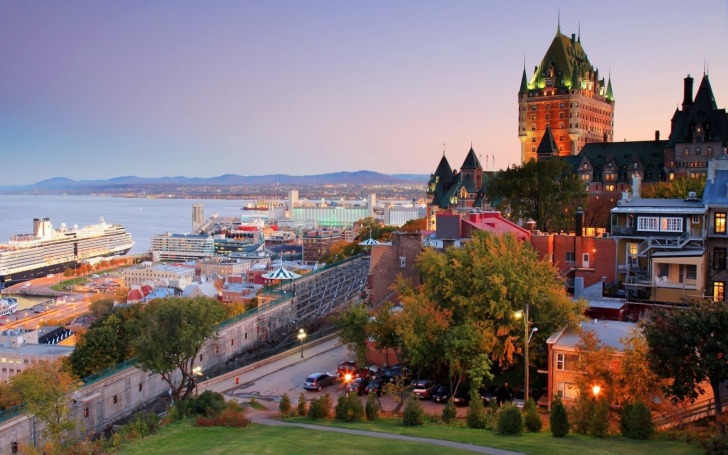 Quebec City is the capital of the Canadian province of Quebec, located on cliffs overlooking the St. Lawrence Seaway.

Quebec City’s Old Town is a UNESCO World Heritage Site and, interestingly enough, the only city in North America (outside Mexico and the Caribbean) with its original city walls.

A huge benefit to living in Quebec is the simple fact that most people are bilingual here, something that can’t be said about the rest of Canada.

Quebec has a low cost of living and a high quality of life.

Property prices are low, and restaurants of every ethnicity are cheap and excellent, especially near the larger centers.

Quebec City, like the rest of Canada, is overall, very safe. You'll find an abundance of respect and tolerance for everyone, so you can rest assured that you will probably encounter no problems when traveling there. Still, do not let your guard down and be vigilant at all times.

There is no reason to fear pickpockets. There is almost no risk of petty theft, and following a few basic precaution rules should take care of this issue.

Quebec is susceptible to a couple of natural disasters, like floods and then, ironically, forest fires. Be careful and follow the authorities' instructions.

Although some areas should be avoided at night, Quebec City is very safe when it comes to mugging or kidnapping, especially for tourists.

There haven't been any terrorist attacks in Canada's recent history (except for the mass shootings in 2012, but those were isolated incidents); however, terrorist attacks should never be ruled out, so be aware of your surroundings at all times.

There is no risk of getting scammed in Quebec City, but still be careful when receiving change, check it twice, negotiate everything in advance and be wary of people offering you unwanted help, directions, etc.

Quebec City is very safe for females traveling alone. There are no dangers to watch out for, just apply basic rules of precaution and your trip should go smoothly.

So... How Safe Is Quebec City Really?

Quebec City is a very safe city to travel to.

If you’re planning on traveling to Quebec City, you should relax when it comes to safety, since the crime rates in this country are very low, even in the big cities.

Violent crime is also almost non-existent since if it does happen, it is usually linked to particular neighborhoods and is rarely in the form of a random attack.

Generally, crime rates in Canada compared to those in the United States and a big part of the rest of the world are very low.

Furthermore, backing up what has been said in the lines above, for twenty months, between November 1st, 2006 and July 14th, 2008, the city of Québec reported no homicide on its territory.

The crime rate is pretty well the same across Canada with somewhat higher rates in the cities than in the country.

Residents living in Quebec claim that there aren’t any bad neighborhoods to avoid in this city, only irrelevant ones of little interest to tourists.

As for the safest and “coolest” areas, locals do recommend the old city called Vieux-Québec.

It has an old European charm and you can find good restaurants and lots of cultural attractions.

How Does Quebec City Compare?