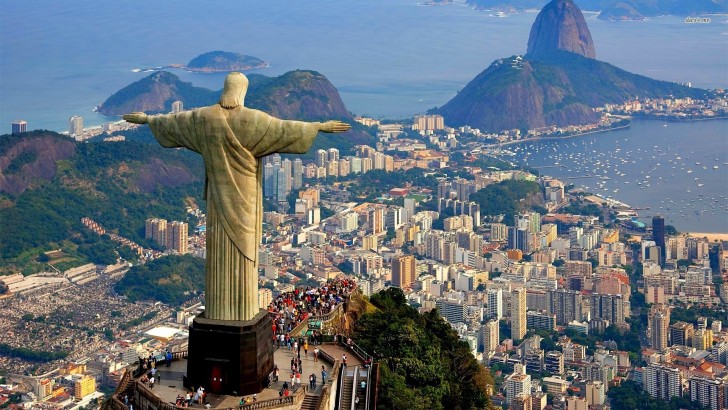 Rio de Janeiro, the second-largest city in Brazil, has been one of the most popular tourist destinations for decades.

Besides that it has an impressive and memorable sight for visitors from all over the world, it is also very well known for beautiful beaches like Ipanema and Copacabana, the Sugar Loaf Mountain and the overlooking Cristo Redentor on the Corcovado.

Rio is the cultural and economic center of the country, with great museums, art galleries, churches, and shopping malls.

Zona Sul, full of hotels and landmarks, is the area where tourists usually tend to find accommodation during their visit.

According to the score of 43%, Rio de Janeiro is not completely safe city. As in any other tourist destination, tourists need to be very watchful and remain vigilant throughout their whole stay in this incredible city.

While the metro is considered to be safe in Rio and it is highly recommended to use it to travel from one place to another, buses and bus stations are believed to be risky for pickpockets. For your safety as a pedestrian, cross at the crosswalks and do not rely on traffic lights.

The pickpocket risk in Rio is at a high level since tourists and teenagers are considered easy targets for criminals. Thieves are usually on the beaches or crowded buses and streets. The Centro area is normally safe because there is a police presence. To avoid being the target, you should be attentive and practice common sense.

Occasional natural disasters are possible in Rio, like floods and landslides. Torrential rainstorms may cause the mud goes down the mountain and destroy the houses. Some health problems can also happen, such as the recent Zika outbreak.

When the risk of mugging and kidnapping is concerned, Rio can be a dangerous city and it is advisable to follow the rules of using your cars instead of public transport at night and not to remain alone in the isolated areas.

There are no terrorist threats in Rio and tourists can sometimes face protests in the city center which is nothing to worry about.

The beach, the ATMs and streets are the main locations where you can become the victim. As a traveler, you may experience tension over security. Groups of teenagers who try to distract you may be the assistants of the lawbreakers.

So... How Safe Is Rio de Janeiro Really?

Rio is a frequently visited world destination not only because of its marvelous beaches but also due to its cultural and historical attractions.

Every tourist should experience its breathtaking landscapes and listening to live samba in its bars.

However, every joy has its bad side.

Criminals and drug lords have made the theft the only source of income and thus became dangerous for tourists who are the most common and the easiest prey, in case they are not careful.

As in every city, it is more dangerous at night and to remain safe, tourists need to be attentive to all potential dangers.

Sundays can be dangerous days even during the daytime because the shops do not work and their security guards are not there to protect tourists.

At the beach, a tourist must also be extremely careful and never leave their valuables unattended. to

The area north of the Maracana stadium is also very unsafe, and tourists are not advised to go there.

Nevertheless, due to its spectacular landscape and its annual carnival, Rio is certainly the city which is well worth visiting.

How Does Rio de Janeiro Compare?