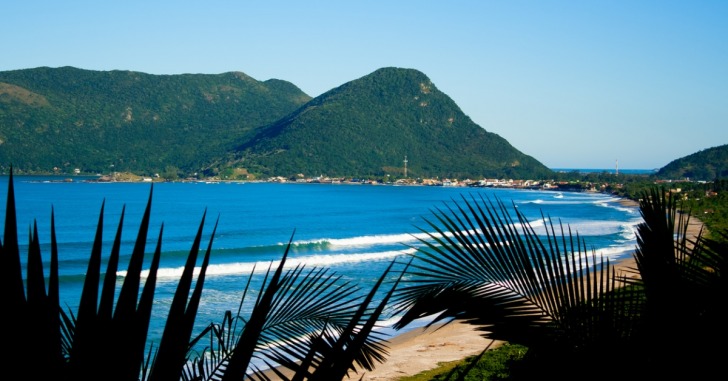 Florianopolis is the capital of the Brazilian state of Santa Catarina.

Half of the city is on the mainland of Brazil while the other half is on the Santa Catarina Island.

It has some of Brazil’s most beautiful beaches.

The city attracts tourists with a beach holiday and a relaxed atmosphere.

For a beach holiday, you can choose a beach to your liking, because there are as many as 42 in Florianopolis!

On the beaches, you can find entertainment such as snorkeling, scuba diving, surfing, windsurfing.

The city has an average crime rate, which rises during the tourist season and moments of tourist influx. It is especially worthwhile to beware of robberies and not to leave personal items in the car. If you are traveling in a rented car, take care of additional insurance.

Using public transportation in Florianopolis is safe, but you should use the usual precautions against pickpockets. Taxis are reliable and recommended if you return to the hotel late at night. Do not catch the car from the street; use licensed taxi services.

There are many pickpockets, especially in the high tourist season. Be vigilant, and always keep an eye on your belongings and your surroundings. Do not leave things unattended, and do not wear a lot of precious jewelry on yourself.

Due to the spill of rivers and the sea, the region is prone to flooding. However, this does not happen so often here. Explore the weather conditions of Florianopolis before your trip here.

The risk of armed robbery is high enough. And it is often linked to drug trafficking. Do not get involved in the showdown of drug dealers and avoid drunken fights. Try not to walk around the city late at night and in low-lit areas.

Even though in the history of Brasilia, there were no terrorist attacks, the proximity to Venezuela and its conflicts makes it possible to attack cities in Brazil. Be on the alert and avoid political demonstrations and rallies.

The most prevalent fraud in Florianopolis is ATM card fraud. It is recommended to withdraw money only at ATMs inside banks. Also, tourists can often be deceived, trying to sell trinkets or fake brands at a high price. Be careful.

In the daytime, women are quite safe to be in this city alone. However, at night it is recommended to walk accompanied. Especially avoid beaches and bars at night if you are walking alone. If you are followed by whistling or releasing obscene words - it is better to ignore and go further.

So... How Safe Is Florianopolis Really?

Despite all the tourist attractions, Florianopolis is considered not the safest city in Brazil.

The crime rate is medium to high.

Most crimes involve hacking and stealing things from a car, vandalism, armed robberies, and drug problems.

The city is safe enough during the off-season.

However, during the influx of tourists and especially on holidays in Florianopolis, an increase in crime is observed.

The most common crime is ATM scamming.

Most tourists find themselves robbed in this way – when unique readers are installed on the ATM, and fraudsters get all the data on your card after you withdraw money, for example.

It is recommended to use only ATM in banks and under reliable protection.

On the other hand, in the daytime, in most cases, you may feel safe.

It is recommended to have common sense and not to leave your things unattended.

Also, keep an eye on your backpacks and bags when walking in crowds or bazaars.

Do not carry jewelry and a lot of cash with you.

Be careful with those who try to distract you or ask questions.

Most likely, his accomplice at this time will try to empty your pockets.

How Does Florianopolis Compare?