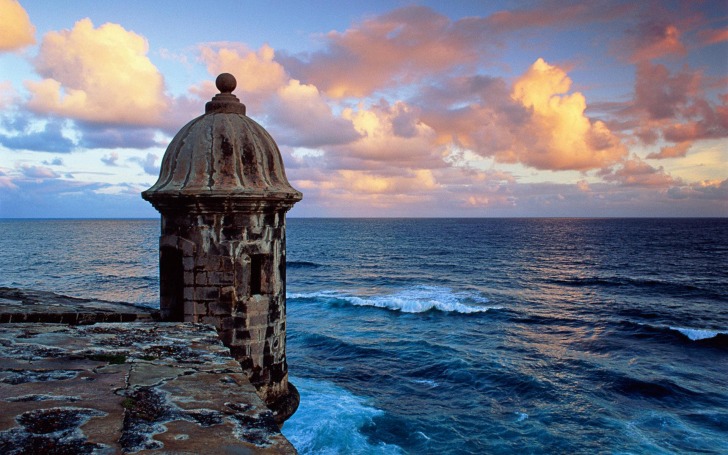 Puerto Rico is a Caribbean island, known to many by the fact that it’s a self-governing commonwealth of the United States of America.

The country is located in the Caribbean Sea to the east of the Dominican Republic and west of the US Virgin Islands.

The territory is actually an archipelago that includes the eponymous main island and several smaller islands.

People in their majority are warm and welcoming always eager to smile even if they don’t know you.

Puerto Ricans are party animals and almost everywhere you go, you will find some sort of town festival or party.

If you want a quiet, tropical paradise – look no further than the towns of Puerto Rico.

Puerto Rico is somewhat safe but you should take precautions on the streets of major cities, and after dark. Be wary of pickpockets and bag snatching and keep your valuables safe by your side. Never carry all your money in one place or leave your valuables in plain sight in a car or at a beach when swimming.

Streets are always busy in Puerto Rico and traffic jams are unpredictable. The drivers are, sadly, as bad people tend to describe them: reckless and inconsiderate. There are too many vehicles on the island and the roads are in bad condition. Saying their driving is hectic is an understatement.

Pickpockets are a common occurrence on the streets of Puerto Rico and tourists are recommended to remain vigilant at all times when on the street. Make sure you don't flash your valuable possessions on the street, or better yet, leave them in your accommodation.

Hurricanes are a serious problem here. In September of 2017, Puerto Rico was battered by Hurricane Maria, which caused huge destruction of the infrastructure of the island. This also, later, caused the outbreak of the Zika fever spread by mosquitoes.

Mugging is not altogether uncommon in the streets of Puerto Rico. In such a situation, hand over all your possessions immediately and do not resist. Avoid poorly lit and deserted areas.

Terrorist attacks are likely to happen in Puerto Rico because Puerto Rican terrorists have been active in the United States and Puerto Rico for more than two decades. Due to the island's political status, it is likely that separatist violence will continue. Remain vigilant at all times.

Traveling to Puerto Rico is generally safe for solo women, but bear in mind that you should always hike in a company, never alone. Stay away from poorly lit and deserted streets and areas and from people that are visibly intoxicated or under the influence.

So... How Safe Is Puerto Rico Really?

Unfortunately, Puerto Rico couldn’t be described as a particularly safe country to visit.

There are many problems that contribute to its general unsafety, like health issues (Zika outbreak), ever-increasing crime rates, as well as government debt difficulties.

As is the case of most warm-weather destinations in the hemisphere including some Southern areas of the US, there is the presence of the mosquito-borne Zika virus.

While Zika causes very mild symptoms, if any, in most people who become infected, women who are pregnant or planning to become pregnant in the immediate future are in serious danger.

There are certain areas like Rio Piedras or different “residenciales públicos” where it’s not recommended you visit at night.

Above all try to keep yourself home at night rather than hanging out in bars where people get drunk; if you are a night owl, rather visit hotels and well-known restaurants.

Most street crimes are non-violent and non-confrontational, and the chances of tourists being attacked are very low.

However, even though incidents range from scams to petty theft and, as a tourist, you should mostly be concerned about pickpocketing, and that only applies to areas frequented by tourists.

How Does Puerto Rico Compare?