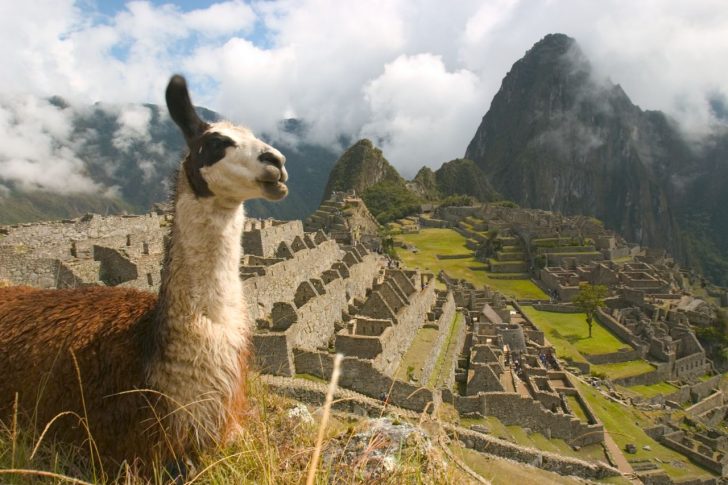 Peru is a country in South America, located on the western side of that continent, encompassing a part of the Andes mountain belt that runs the length of South America, and facing the South Pacific Ocean.

Peru shares its borders with Ecuador and Colombia to the north, Brazil, and Bolivia to the east and Chile to the south.

What makes this country stand out among all the other countries in the world are its unsurpassed cultural diversity and history.

The archaeological heritage of pre-Columbian cultures and the nexus of the ancient Inca’s empire attract the true adventure lovers to this country.

Peru’s history will leave you in awe as will its colonial architecture and the gorgeous landscapes that vary from region to region.

Peru is also brimming with wildlife and what kind of wildlife it is! It has 84 of the earth’s 104 known life zones, which makes this country home to such rare creatures as pink dolphins, primates, jaguars, giant river otters and as many as 4,000 types of butterflies.

Overall, Peru is somewhat safe to visit, though it has many dangers and is ridden with crime. You should be aware that tourist hotspots and public transportation are places where most thefts and pickpocketing occur, and that violent crime exists on the streets, too.

Transportation mostly safe and reliable but you should be very careful about public transport and buses as you might end up being robbed. Always call a reliable taxi instead of hailing one on the streets.

Pickpockets are a serious concern in Peru, as is the violent crime and you should exercise caution and keep your money and your valuables elsewhere, like in hidden pockets of your clothes and never ever keep all of your money in the same place.

When it comes to natural disasters, there is a risk of landslides and flooding. This usually happens during heavy rains and often causes public transportation to suddenly stop. Peru also has some volcanic activities, and the volcanoes Ubinas and Sabancaya have been known to erupt: recently, it has happened in 2016.

There is also the issue of violent crime, muggings, "express kidnappings" where people are taken and driven from one ATM to another until they withdraw all their money from their account. Then there are "struggle muggings" in Cusco, Arequipa, and Lima during which tourists are put in a chokehold from behind and stolen from while unconscious. Be very, very careful when in Peru, avoid poorly lit and deserted areas and remain vigilant everywhere else.

The risks of terrorist attacks in Peru are low, but since there's a chance that areas in the Southern Highlands such as San Martin, Huanuco, Pasco, Junin, Ucayali, Huancavelica, Ayacucho and Apurimac might shelter members of the Shining Path terrorist group, attacks shouldn't be ruled out. It is important that you remain vigilant at all times.

There is a high risk of getting scammed in Peru. Be wary of people lurking around ATMs or anyone trying to distract you. Taxi drivers might try to trick you into paying more, giving you wrongful information about the price of the ride.

Many women have traveled to Peru alone and had nothing but a great time. However, this country isn't the safest in terms of females traveling solo since there have been reports of women being attacked or shamed, so be careful, especially at night and apply precaution measures at all times and avoid dark and empty streets and locations.

So... How Safe Is Peru Really?

Even though it has largely improved, crime in Peru is a serious issue which makes Peru relatively unsafe.

The greatest problem in this country is poverty, and where there’s poverty, there’s also petty theft.

Then someone else cuts your bag open with a razor, or simply swoop and grab your entire bag and you’re left penniless.

Then there’s the issue of “express kidnappings” during which tourists are held hostage and driven around the city from one ATM to another until they withdraw all their money.

Sometimes they are released quickly and sometimes they’re held captive until the account is positively emptied.

But petty crime is not the only thing to fear in Peru.

The Sacsayhuaman ruins overlooking Cusco are notorious for muggings.

If you plan on visiting them during sunset or sunrise because of the gorgeous view they offer, keep in mind that this is when the local banditos operate here.

Always make sure you’re in a group when visiting these ruins.

How Does Peru Compare?