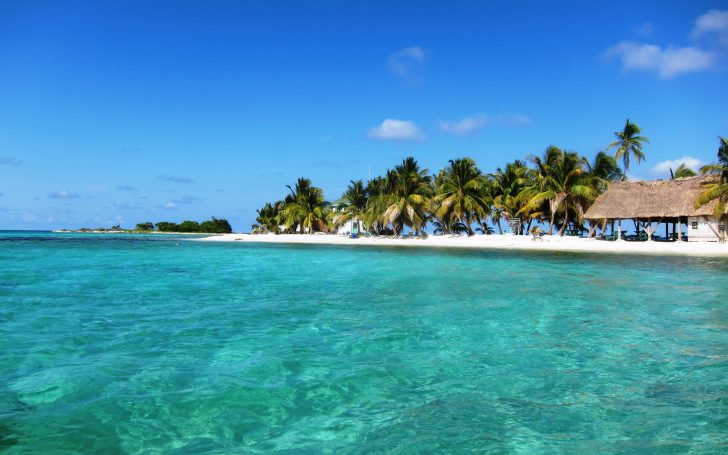 Belize is squeezed between Guatemala to the west and south and Mexico to the north.

The beaches this country has on the Caribbean Sea will offer all lovers of summer activities an unforgettable time, with many beach adventures such as deep-sea fishing, swimming, snorkeling, scuba diving as well as exploring its attractive reefs.

Another chance for you to explore lies in the vast jungles filled with exotic plants and animal species, and if you’re in a more cultural mood, the Mayan ruins are right at your fingertips.

However, though this sounds amazing and like a real luxurious destination, you should keep in mind that Belize is still a poor country with low incomes and basic infrastructure, though this all fades away when you meet the Belizean warm, friendly and welcoming population.

Overall, Belize is not the safest destination for tourists visiting Central America, as it’s filled with petty and violent crime, and most of it is centered in Belize City. You should take precautions on the streets of major cities and after dark.

Transport is actually not that bad in Belize. The quality of roads isn't too bad, and the roads are constantly getting better. In fact, Northern, Southern, and Hummingbird Highways are now among the best ones in Latin America and rival many in the developed world. You should only ride in licensed taxis, and you will know them by their green license plates. The thing to watch out for in Belize is roadway robbery. Rarely, if ever, armed robberies on highways can happen, but they usually happen at night.

Pickpockets are a common occurrence on the streets of Belize and tourists are recommended to remain vigilant at all times when on the street. Petty theft tends to spike during spring break and winter holidays when the tourist seasons start. If you're there during that time, be extra cautious. Make sure you don't flash your valuable possessions on the street, or better yet, leave them in your accommodation and take only the cash you plan to use that day.

There are many natural disasters that hit Belize regularly, causing substantial damage, especially in agriculture, among which are hurricanes, tropical storms, flooding, and drought. The worst damage occurs during the hurricane season that lasts from June to November.

The most violent crime that happens in the country has to do with rival gangs battling for territory. Few incidents of violent crime are targeted at foreigners. But when the incidents occur, they sure are nasty and it would be better to just avoid being near any type of incident on the street. What might affect visitors are muggings and other assaults and they mostly happen at night, which means you are highly advised to take a cab if you intend to go anywhere after sunset.

Although there haven't been any terrorist attacks in Belize's recent history, they shouldn't be ruled out so remain vigilant at all times.

It isn’t a good idea for a woman to be going anywhere alone in Belize. It isn’t safe even for groups of people to be walking along with Belize during the night, or for men during the day, so it would be best for women to hit the streets accompanied by someone. It goes without saying that you should stay away from poorly lit and deserted streets and areas and from people that are visibly intoxicated or under the influence.

So... How Safe Is Belize Really?

Belize is, generally speaking, not safe for tourists, as they are literally walking targets, like in most countries in Central America.

Therefore, it is not the safest choice for anyone intending to visit this part of the world, but if you keep your wits with you and follow basic rules of precaution, you will minimize the chances of something going wrong.

The golden rule in Central America is never to wear jewelry in public, or anything gilded, diamond-encrusted or oversized, or anything of great value, really.

You are advised to always keep a small amount of cash with you and to avoid carrying bank cards.

When it comes to violent crime, it’s usually gang-related and doesn’t involve tourists and foreigners.

The most common forms of violence towards tourists are muggings and robberies.

Keep in mind that most incidents in the capital city occur around George Street and Kraal Road, but you should still remain vigilant everywhere else.

If confronted with a mugger, don’t resist and hand everything you own immediately, as they have been known to shoot those who don’t comply.

It is also good to know that once you exit Belize City, everything gets much safer, and people usually travel with nothing but positive experiences.

Still, pay attention to your surroundings around tourist sites and places like San Pedro in Ambergris Caye, Caye Caulker, and Placencia.

How Does Belize Compare?