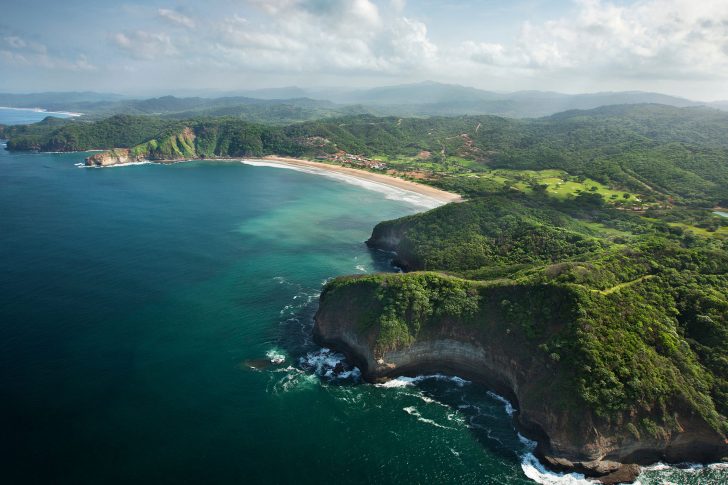 Nicaragua is a country located in Central America.

Apart from the natural beauties it boasts which make this country a paradise for nature lovers, it has coastlines on both the Caribbean Sea, in the east, and the North Pacific Ocean, in the west for anyone looking to just relax by the crystal blue waters.

And with nearly one-quarter of the nation’s population living in the Nicaraguan capital Managua, it is the second metropolitan area in Central America.

Out of many reasons the tourists come and visit this country, the biggest one is love for nature, and this country offers an abundance of it.

There are the impressive colonial cities of Granada and Leon, the island of Ometepe and the Mombacho volcano for hiking and trekking, the coffee farm region of Jinotega and Matagalpa in the mountainous regions, while the gorgeous surf beaches of the Pacific Coast go without saying.

The Rio San Juan area, which is the largest rainforest north of the Amazon, is rapidly becoming a largely popular eco-tourist destination, and its biodiversity is attracting nature lovers all around the world at the speed of light.

Nicaragua is relatively safe to visit, but you should keep in mind that petty theft, as well as violent crimes, are extremely common here, so all precaution measures should be taken.

There is an extreme threat to petty crime. Pickpockets operate mainly in the major cities of Nicaragua. You should be extremely careful, especially in markets. Take as little as possible with you and never carry your money in a purse or a back pocket.

As far as natural disasters go, there are a couple of them hitting Nicaragua, such as earthquakes that can happen at any time. Then there is the hurricane season that lasts from June to November and the rainy season that often leads to floods. There are some active volcanoes in Nicaragua, the most dangerous one being San Cristobal which has been active since December 2012.

There have been reports of unauthorized taxis kidnapping people for ransom. Muggings, robberies, and rapes are also common. Be extremely careful.

Even though there haven't been any terrorist attacks in Nicaragua's recent history, they shouldn't be ruled out. Be aware of your surroundings at all times.

Like in every country taxi drivers might try to overcharge you. Apart from that, double check your change and negotiate everything in advance. Tourists are strongly encouraged not to use public ATMs, or if they do, not to flash their credit cards publicly. There have been many reports of credit card fraud in Nicaragua, as well as reports of extortion calls occurring.

Women traveling solo are advised to be careful around men, even in front of employees at hotels, shops, and men providing any kind of tourist services. Many women have been sexually assaulted at the beaches of Nicaragua, so they are strongly advised not to walk alone both during day and night. Women should be prepared for rude comments by men when walking alone on the streets of Nicaragua.

So... How Safe Is Nicaragua Really?

Though Nicaragua’s lowered crime rate is talked about in the recent years, in reality, it still has some very dangerous neighborhood, especially in the north where, in 2008, gang violence began occurring, originating from Honduras and El Salvador.

However, the Nicaraguan police have been doing their job extremely well, regularly repressing organized crime and catching gang members.

Tourists are strongly advised against traveling alone at night.

It is always better to pay for a taxi instead of walking around scarcely lit or abandoned areas.

Managua is especially dangerous after dark, so remain vigilant.

Attacks and murders with a goal of robbing you happen here even during broad daylight and in front of witnesses, particularly in Rivas and Managua.

The best advice for tourists would be to travel accompanied by someone who knows the area as well as the language.

There are many local organizations that offer translator or guide services.

Women are advised to be especially cautious.

Verbal sexual harassment of women, both foreign and local, is constant, and if you are traveling solo, you can expect cat-calling to be common even for Latin American standards.

Men and boys of all ages tend to make kissing noises, whistle and shout rude comments with a sexual connotation.

How Does Nicaragua Compare?