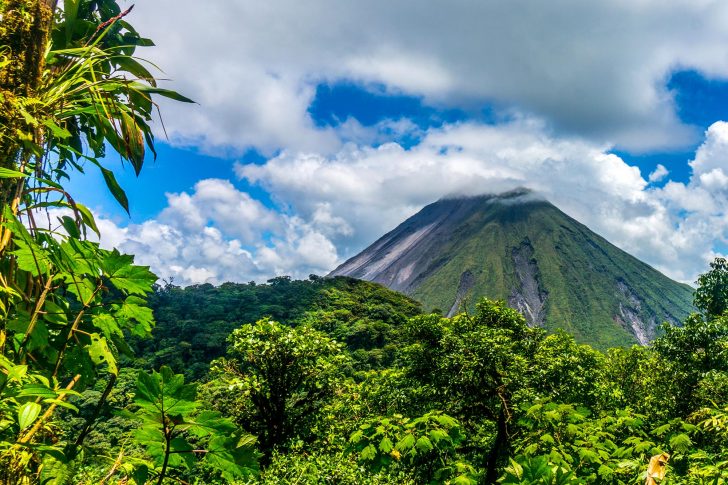 El Salvador is a country located in Central America though geographically, it is part of continental North America.

On the southwest, it exits on the Pacific Ocean and is squeezed in between Guatemala and Honduras.

The country of El Salvador is a country that offers a diverse landscape: it boasts impressive countryside with volcanoes and mountains to feast your eyes, a number of gorgeous, secluded beaches for summer lovers, forests for the adventurers and explorers, yet if you were to move away from El Salvador’s nature into its capital, San Salvador, you would encounter an atmosphere of a real cosmopolitan city, filled with restaurants, hotels, shopping opportunities, and a vibrant nightlife.

Then there is the gorgeous eco-tourism destination Isla de Olomega and the colonial towns of Ataco, Apaneca, Juayua, Panchimalco, and Suchitoto.

El Salvador is somewhat safe to visit, though it has many dangers. You should be aware that tourist hotspots, restaurants, shops, and public transportation are places where most thefts and pickpocketing occur, and that violent crime exists on the streets, too.

Transportation is not very safe or reliable. There have been robberies in public transport and the roads are poorly maintained. Be wary of unlicensed taxis since you might get kidnapped and robbed.

As for pickpocketing and bag snatching, it is a recurring concern on the streets of El Salvador, so be careful and hold your bags tightly by your side. Make sure you don't flash your valuable possessions on the street, or better yet, leave them in your accommodation.

As for natural disasters, there are threats from earthquakes, since El Salvador is located in an active seismic zone, and flooding as well as landslides during the rainy season. Floods are especially common in the lower Lempa River area. There are also risks of hurricanes from June to November.

Mugging is also an issue in El Salvador. In such a situation, hand over all your possessions immediately and do not resist. Avoid poorly lit and deserted areas.

The risks of terrorist attacks in El Salvador are low, but since they shouldn't be ruled out, it is important that you remain vigilant at all times and aware of your surroundings.

As in almost any country, there is a great risk of getting scammed. Always check everything twice and negotiate everything in advance. Taxi drivers might try to trick you into paying more, giving you wrongful information about the price of the ride.

Many women have traveled to El Salvador and haven't had any problems at all. However, this country isn't the safest in terms of females traveling solo, especially at night and you should exercise precaution measures at all times and avoid dark and empty streets and locations.

So... How Safe Is El Salvador Really?

El Salvador is not really the safest tourist destination.

On the streets of El Salvador, as many as 4,000 murders occur yearly.

The most common form of violence is gang crime and the majority of crime that happens on the streets is related to gangs and drug trafficking.

The place to be most careful at is San Salvador, where most of the violent attacks take place.

Just imagine gangs that don’t just carry pocketknives: instead, many of them own military-style weapons, grenades, and automatic guns.

However, the crime in this country is rarely directed at tourists, but you should still be extremely cautious.

Keep in mind that there have been grenade attacks on buses, restaurants, and businesses, with lethal consequences, killing dozens of people, as well as children and tourists.

Be extremely cautious when going to the Tica bus stations as it is an area notorious for violent street crimes.

Avoid walking alone around this bus station, even during the day.

Shootouts aren’t rare either and they also start up around gang members: keep in mind that many Salvadorians carry firearms.

Muggings and robberies are also common in public transport and buses.

Passengers commonly get robbed at roadblocks or bus stops so be very careful when using public transport and if you do use it, make sure you don’t carry your valuables with you.

How Does El Salvador Compare?