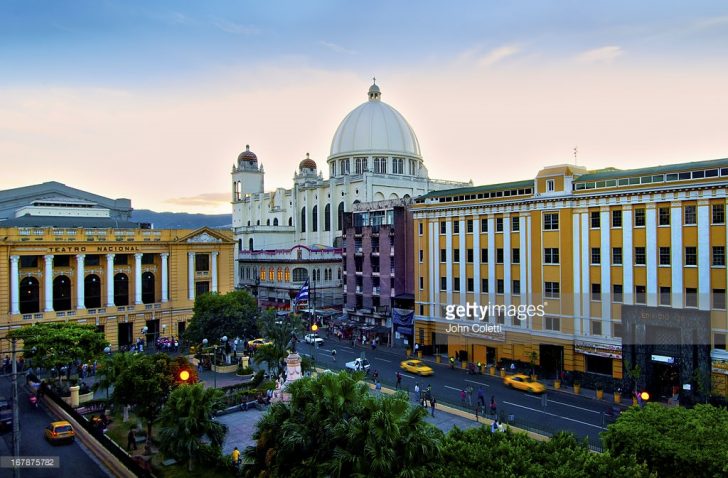 El Salvador - safety as a country

San Salvador is the capital city of El Salvador, located at the foot of the San Salvador volcano.

With its population of 2 million people and due to rapid growth, San Salvador has become a great tourist attraction and well-visited destination.

On the other hand, there are middle-class areas like Colonia Flor Blanca with examples of art deco and architectural oddities.

Tourists can visit beaches and forests as well as a well-maintained national park.

When you come to San Salvador, you need to exercise a high degree of caution due to the high level of violent crime. The police are doing their best against violent gangs, but with little success. Pay close attention to your security at all times and avoid certain areas like the historic downtown of San Salvador, Soyapango, Apopa, Nejapa, Ilopango Mejicanos, and Tutunichapa. There were reports of mugging and even murder in these areas.

When it comes to public transport in San Salvador, it can be considered unsafe since the vehicles are old and do not work properly, and people are robbed there, too. Taxis should be used, but only the licensed ones. You can drive with your driving license but bear in mind that driving standards are not too great and car insurance is essential.

When it comes to pickpocketing and purse snatching, these types of crimes are frequent and the most usual way of performing the robberies is on motorcycles. You should take particular care of your belongings since the criminals watch what you possess and decide whether to attack or not. The places where they mostly operate are bus stations, airports, tourist areas and on public transport.

San Salvador has several active volcanoes, so before coming there, you should get informed about the increased volcanic activity. The rainy season is from June to November which may cause landslides and flooding. Occasional earthquakes happen, so if you are staying in a hotel read their earthquake instructions.

There have been reports of muggings followed by murder, armed robbery, kidnapping, and sexual assault in San Salvador. It is frequently performed by the criminal gangs and it is better to give them what they want than to resist, to avoid more serious consequences. They are usually after your valuables.

Even though there were no reports of terrorism in San Salvador recently, demonstrations occur from time to time and they should be avoided. The possibility of the attacks cannot be ruled out.

Taxi drivers are the most frequent threat when the scam risk is in question. They will try to overcharge tourists so always determine the price before the ride or ask for the meter to be turned on. Thieves use the technique of something spilling on you to distract you, while the other person takes your purse or wallet. The scams come in various forms and can cause great financial loss.

The threat to solo female visitors exists in San Salvador, even though many women travel without any issues. Bus terminals and taxis are the most frequently operated places by criminals who tend to take advantage of a woman traveling alone. To avoid becoming a victim, women should not travel after dark and should not wear jewelry or expensive electronic devices.

So... How Safe Is San Salvador Really?

San Salvador has had a history of violence and was considered the most dangerous city in the world.

The situation has changed, but not completely.

You still need to pay attention to criminal gangs operating around the city.

To stay safe you should not walk on streets that look abandoned and dark, should use only licensed taxis, keep your valuables out of sight and don’t wear expensive looking jewelry and when women are in question, they should dress conservatively.

However, if you are an experienced traveler, spending a few days exploring this cosmopolitan city can be a rewarding experience.

How Does San Salvador Compare?