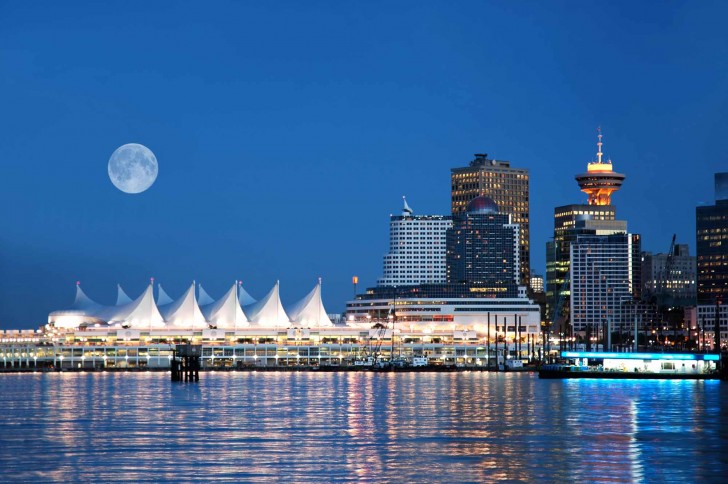 Vancouver is the most populous city in British Columbia and it is one of the best five cities in the world according to the quality of life.

Vancouver is unlike any other city due to its location between the water and mountains which increases its natural beauty.

For the tourists that are interested in culture and education, Vancouver is a cultural center with many theatres, museums and art galleries like the Arts Club Theatre Company,

Touchstone Theatre, The Firehall Arts Centre, the Vancouver Maritime Museum and the Contemporary Art Gallery to mention just a few.

All the others, who want to shop and enjoy the food and nightlife, there are shopping centers, live entertainment, and restaurants among many more attractions.

Even though some minor crimes are recorded in Vancouver, major crimes are very unlikely and rare. That is why personal safety in Vancouver is at a very high level, particularly, when tourists are in question.

You can travel via various ways of transport in Vancouver, and some of them are Rapid transit trains both above and below ground or TransLink bus service during the day. All means of transports and taxis are not considered dangerous in Vancouver.

As in every major city, the risks of being pickpocketed are higher on crowded streets and destinations like Stanley ark and the waterfront area in Vancouver.

There is a possible risk of earthquakes in Vancouver due to its location. The previous history of this place, where the world's largest earthquakes have occurred in whole British Columbia, shows that there is a chance of an earthquake within the next 50 years.

Mugging and kidnapping are very rare in Vancouver and there are no records of a tourist being kidnapped. Nevertheless, there are urban areas that should not be visited during the nighttime.

Terrorist attacks occurred on numerous occasions in the country's history and can never be foretold. Nowadays, the risk of a terrorist attack is improbable, but travelers should be prepared and cautious in case it happens.

The situation in the whole Canada, as well as in Vancouver, is the same regarding the scam risks. There are no scammers in Vancouver, so tourists can feel safe.

Vancouver is one of the ideal places for alone women travelers because it is crime-free when women are in question. However, female tourists need to be watchful at night if they happen to be alone, and bear in mind that it is illegal to carry pepper spray or tear gas in Canada.

So... How Safe Is Vancouver Really?

Magnificent mountains, ocean, and forests make Vancouver one of the most beautiful cities in the world.

Friendly Canadians made this city very welcoming and safe for tourists both day and night.

Vancouver’s former status as a community drinking center is proved by numerous bars and restaurants throughout the city.

Its forests, parks, and other natural beauties attract travelers to explore the city.

However, beauty is sometimes followed by the dark side.

This city is considered crime-free to tourists since all the major crimes happen to its citizens and away from tourist attractions.

Downtown is the most crowded part of the city, but it is still safe throughout the day.

During the night, tourists should be careful because of the homeless people, prostitution, and drug addicts.

It is not likely that they will attack you, but the sight is often unpleasant.

Stanley Park’s isolated zones may be dangerous at night, even though attacks are rare.

Even though Vancouver is one of the least dangerous cities, tourists should be aware of the possibility of petty crimes and pay attention to their surroundings.

Popular for its many outdoor activities, Vancouver is the perfect place where you can have a world-class experience.

How Does Vancouver Compare?