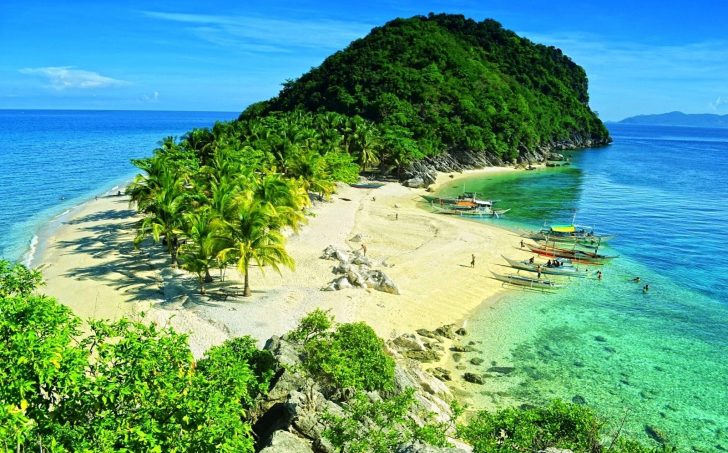 The Philippines is an archipelago located in South-East Asia consisting of 7,641 islands with a total land area of 301,780 square kilometers situated between the Philippine Sea and the South China Sea at the eastern edge of Asia.

The Philippine archipelago is divided into three island groups: Luzon, Visayas, and Mindanao.

This country is very well known for being multi-cultural, ever since Spanish colonial times, celebrating a bunch of different holidays and throwing many festivals year-round.

Christian, Muslim and Chinese holidays are mixed throughout the year which makes this country a unique mix of over a hundred ethnic groups, cultures, and influences.

The fusion of cultures and arts is what makes the uniqueness of the Philippino identity.

This country is also home to many UNESCO World Heritage Sites, such as the spectacular Banaue Rice terraces in Batad, the only successful laid out plan of a European colonial town in Asia and the many Baroque churches.

Apart from that, Metro Manilla offers plenty of museums worth every penny.

The criminal activity in the Philippines has increased greatly during the past couple of years, and though it's still a popular tourist destination, it has many dangers and is ridden with crime. You should be aware that tourist hotspots are places where most thefts and pickpocketing occur, and that violent crime exists, too.

Transport is not the safest and most reliable in the Philippines. Count on taxi drivers trying to rip you off, extremely annoying traffic jams the Philippines are notorious for, intolerant and reckless drivers, roads being inaccessible due to flooding and taxi drivers working without meters.

Though the risk of petty theft exists due to the popularity of this destination, and there are many pickpockets operating around the beaches and popular tourist hotspots, the level of petty crime is low compared to many European capitals.

The Philippines are susceptible to typhoons, floods, landlines, tsunamis, while volcanic eruptions are also becoming a serious issue in the country.

While petty crime is lacking, the real concern for tourists here is the violent crime. Assaults, robberies, and kidnappings are extremely common all over the islands.

There have been numerous terrorist attacks in the Philippines recent history. Explosions occurred in the Quiapo area of Manila on 28 April and 6 May 2017, with many fatalities. The motive for these attacks is still unclear. It is best to remain vigilant at all times.

Always carry small bills with you. Venders will try and make you buy more things by saying they have no change for large bills. Apart from that, Be wary of people lurking around ATMs or anyone trying to distract you. Taxi drivers might try to trick you into paying more, giving you wrongful information about the price of the ride.

During a recent couple of years sexual assaults against women have increased in number, so it is advised that women avoid walking alone after dark. Apply all precaution measures at all times and avoid dark and empty streets and locations.

So... How Safe Is Philippines Really?

Although the Philippino people are known as friendly and welcoming, you should keep in mind that this is a poverty-ridden country, and this can be noticed especially in major cities.

What comes with this situation is, unfortunately, crime.

As an experienced traveler, you know that you should keep your belongings in a safe place, not to flash your valuables, especially parts of expensive technology, in public places, and not to carry all your money with you.

Even though Manila is crawling with pickpockets, it is not known for robberies and violent crimes.

If you do find yourself in a dangerous situation, unfortunately, you cannot rely on the police.

In many cases, you should be wary of them as they can be easily bribed and might even try to scam you.

Christian and Muslim areas of Mindanao are notorious for being home to organized crime groups and gangs involved in the drug and weapons trade, gambling or armed robberies.

However, they shouldn’t pose a threat to tourists.

Bear in mind that kidnappings also happen, especially in the Muslim area of Mindanao.

Drive-by shootings are posing another threat in the Muslim part of Mindanao as well, and as of the 2010s the criminals started performing more drive-by shootings than kidnappings, so be very careful when in public, whether by day or night.

How Does Philippines Compare?