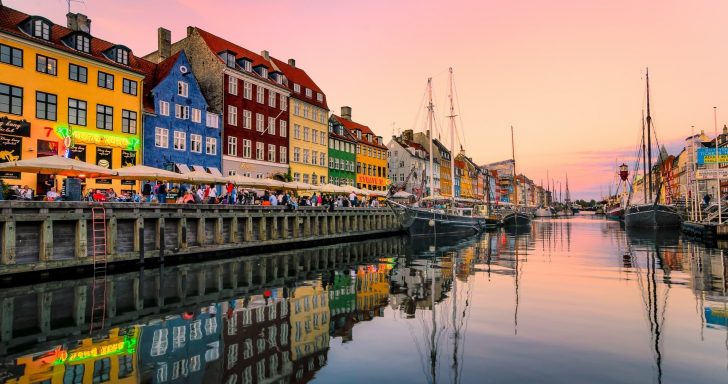 Denmark is a country located in Scandinavia, with its main part being Jutland, a peninsula north of Germany, and the rest of it consisting of islands, including the two major ones, Zealand and Funen between Jutland and Sweden.

Even though it played an important role in the political and economic integration of Europe, it decided not to be involved in parts of the European Union and some issues concerning certain internal affairs.

To this day, Denmark is often considered and talked about as a benchmark of civilization; with its social policies, a commitment to free speech which put the country at odds with a huge chunk of the world in 2006, and liberal social-welfare, topping it all off with a marvelous cultural heritage, and breathtaking modern architecture, it definitely is an intriguing holiday hotspot.

As such, it is more than safe to visit.

Denmark is overall a very safe country to visit, even compared to other countries in Europe. However, it does have some dangers though using your common sense should get you out of any trouble.

Even though Denmark is not exactly crawling with pickpockets, when they do operate, they usually do so in a public transport, mainly in Copenhagen. Keep in mind that in Denmark, everyone drives completely respecting the traffic signs and rules, and it is expected of pedestrians to do so too. Also, if you are driving in any of the cities, keep one eye on the cyclist paths.

Even though Denmark is not exactly known for pickpockets, and the rate of petty crime is low, it is still recommended to remain vigilant at all times.

There are almost no natural disaster risks in Denmark. Sometimes earthquakes do occur, along with mountainous and coastal cliff collapses.

Muggings do not happen in Denmark, nor do kidnappings. However, it is best to avoid strangers offering your drinks, or any kind of help, and be wary of people trying to distract you, since it might be a trick to steal something from you.

Even though were no terrorist attacks in Denmark's recent history, tourist should remain vigilant and be aware of their surroundings at all times.

Denmark is not known for people scamming you, but tourist should be careful either way, since in any country, tourists are an easy target for scammers.You should bear in mind that Denmark is no exception to European scam of adding hidden charges to your car rental bill, and not including services like auto assistance.

There are no risks for women traveling solo in Denmark. You can relax, but still remain careful and stay out of dangerous situations such as finding yourself alone with strange people, or in poorly lit or empty streets.

So... How Safe Is Denmark Really?

It is a country with almost no risk of natural disasters and unlike most other European countries, the crime rates in Denmark are average and common sense should keep you out of any trouble.

Some say that Denmark is probably the safest country in the world and it really is very safe, but it’s not without its dangers.

Denmark has recently experienced a rise in gang violence, especially among immigrant groups.

These incidents mainly happen in the main immigrant enclave of Nørrebro in northwest Copenhagen.

Also on the rise, gang violence related to the trade of hard drugs and it is a common suspicion that biker groups stand behind much of the trafficking of these substances in Scandinavia.

Other parts of Denmark where it is recommended to stay vigilant, include Orsteds Parken in Copenhagen, where travelers have reported being solicited by gay men.

People have described these men as large and dressed in leather, and even though they will leave you alone if you say no or walk away, their intimidating physical appearance has scared many tourists.

How Does Denmark Compare?