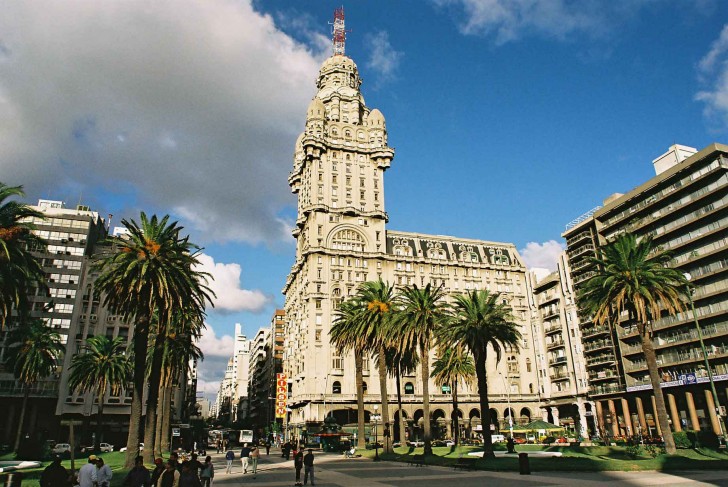 Located between Argentina and Brazil, Uruguay is known as the Switzerland of South America, due to its stable political system and social benefits such as free educational system.

It also has a South Atlantic Ocean coastline.

The name Uruguay means “river of the colorful birds” in Guarani language, spoken by the natives back in the day.

Uruguay is known for many things in Latin America, and it’s getting a lot of attention because of that: for example, it is ranked first in Latin America in peace, democracy and low rate of corruption and is first when it comes to press freedom and the size of the middle class.

Apart from that, Uruguay contributes more troops to the United Nations missions of peace-keeping than any other nation.

“The Economist” named it the country of the year in 2013, and it is slowly getting the reputation of a highly successful and prosperous country.

Taking all this into account, it’s no wonder that Uruguay is the safest country to visit in entire Latin America.

Uruguay is very safe, it is the safest country to visit in entire Latin America, and if you plan on exploring the vast spaces of South America, Uruguay is the best place to start. It is economically and politically stable and can offer you an insight into South America without you having to worry about the crime which other South American countries are known for.

Taxis and means of transportation in Uruguay are reliable and safe. You don't even need to negotiate the price of the ride because all taxis use taximeters.

Even though it is so safe, you should watch out for petty crime in tourist landmarks and crowded areas. The crime rate is low, but pickpocketing and bag snatching does happen, even though it is not very common.

Uruguay is known for floods and droughts altering during the entire year. You should pay close attention to the weather forecasts, and act accordingly, following the advice of local authority in cases of flooding or drought.

Mugging and kidnapping are also very rare in Uruguay. However, you should exercise caution and remain vigilant for possible dangers.

There haven't been any terrorist attacks in the recent Uruguay history, but even so, they shouldn't be ruled out, and you should stay vigilant for any strange behavior in your vicinity.

Scams are also not probable in Uruguay, but it is recommended that you follow common sense all the same. Be cautious upon running into strangers acting strange or trying to distract you by tapping you on your shoulder, spilling something on you, or running into you.

Uruguay is safe for women to travel to. If you are a woman traveler, you should exercise caution and avoid empty, isolated and poorly lit streets and areas, but apart from that, your trip should go smoothly.

So... How Safe Is Uruguay Really?

Given the fact that Uruguay is one of the most economically developed countries in South America with a low level of corruption and a high living standard, it can easily be concluded that it is, for the most part, a very safe country – the safest on the entire continent.

Positioned as the ninth “most livable and greenest country” in the world and a definite first in both South and North America, Uruguay is ranked highest in Latin America on the Global Peace Index.

With its stable democracy, it was the only country in the Americas that didn’t go into recession during the financial crisis, and it was the only nation in the world to provide every child with a free laptop and wireless internet.

Considering all this, it is no wonder that it also has a very low crime rate compared to its neighboring countries and tourists that come and visit usually travel without any issues.

However, that doesn’t mean that Uruguay has absolutely no crime on the streets.

Caution and using common sense are always recommended as well as taking special care of your valuables and not leaving them in plain sight.

Petty crime such as pickpocketing and mugging, bag snatching and cell phone thefts still happen, and you should be aware of your surroundings at all times.

Also, when handling money, do it cautiously, in secure places such as shopping malls and banks.

It goes without saying that you should avoid dark, poorly lit and empty backstreets and areas, or going alone at night, especially in the state’s capital Montevideo where, naturally, most of the street crime happens.

How Does Uruguay Compare?