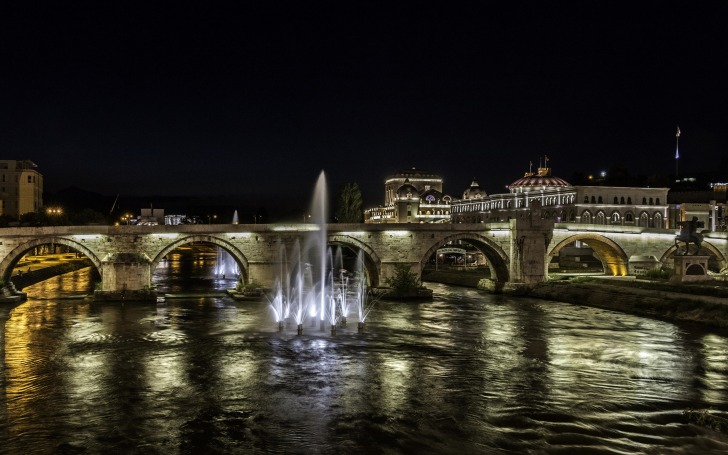 Macedonia is one of the ex-Yugoslav territories that are now independent yet have the same interesting, east-European vibe to them and the friendliest, warmest people.

Now called North Macedonia, it is a landlocked country in the Balkans, sharing its borders with Serbia to the north, Albania to the west, Bulgaria to the east, and Greece to the south.

Though it boasts rich cultural and historical remnants and monuments, it is also very rich in nature and is actually a natural paradise of mountains, lakes and rivers.

It has a great tourist attraction, the Ohrid lake, where young people love to spend their summers, amidst the friendly people of this country.

Macedonia is a generally safe country. You may encounter some petty crime on the streets because its people aren't really rich, but if you keep your belongings wisely by your side, you won't have any problems.

Transportation in Macedonia is mainly safe. As in any other country, cab drivers could take advantage of an unprepared tourist, scamming him into paying the ride way too much.

Even though pickpocketing and small thefts are some of the most common crimes you can encounter in Macedonia, they are most common in big cities like Skopje, or other famous tourist destinations in Macedonia and even there they are rare compared to other bigger European capitals.

Unfortunately, Macedonia has such geographical features that allow for the frequent occurrence of many natural hazards like earthquakes, floods, torrents, landslides, droughts, etc. However, floods here are probably the most dangerous: in the summer of 2016, a large flash flood occurred in the Skopje region causing 23 deaths and huge damage.

Even though crimes against tourists remain a problem in Macedonia, mugging is not an issue and rarely happens towards tourists, and more commonly as a result of organized crime gangs.

There is a moderate risk of terrorists trying to carry out attacks in North Macedonia, though in the recent past there haven't been any such attacks. Still, you should be aware of your surroundings at all times.

Scams do happen in Macedonia, but mostly only the typical ones, in the form of overpricing in bars, or by the street vendors. Drink spiking is also an issue in night clubs.

Even though Macedonia is as safe as can be for women travelers, they should be aware of the dangers of roaming alone in a strange city. Just like pretty much anywhere, they should avoid walking alone down empty or poorly lit streets, walking past groups of people that behave or look strange or getting into conversations with unknown people that might seem strangely friendly.

So... How Safe Is Macedonia Really?

Macedonia is, overall a safe country to visit.

Though it has its dangers like natural hazards and some organized crime on the streets, the chances of it affecting tourists are very slim.

Like in most countries, you should watch out for scammers, plan everything ahead, negotiate all fees in advance, double-check everything you hear from vendors on the streets and be careful when making friendships with unknown “friendly” locals trying to help you with anything: they might try to steal something from you or charge for their help.

And again, just like anywhere – if you’re an inexperienced traveler, you might encounter minor incidents such as pickpocketing, smaller thefts or vendors might try to trick you while selling something.

Also, pay attention in night clubs or bars for people trying to spike your drink (not common, but has been reported) and in poorly lit streets and areas, or upon seeing strange activities on the streets since Macedonia has had occurrences of organized crime incidents.

If you’re spending your summers in Ohrid, be careful at the beach after sunsets because it’s where petty thefts often happen.

If you see such a situation, just stay away from the place where it’s happening and call the police – they’re very helpful.

How Does Macedonia Compare?