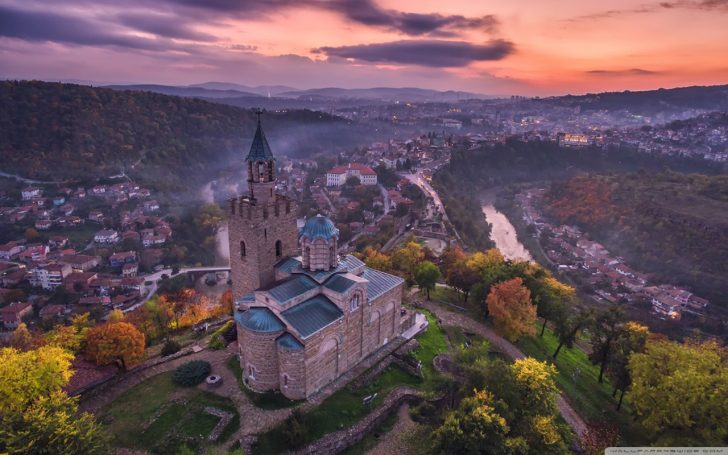 Bulgaria is a country located in the Balkans on the western side of the Black Sea.

Even though it’s one of the most interesting destinations in Eastern Europe, it’s still not swamped with stampedes of tourists, which makes it even more appealing.

Bulgaria is one of the few exotic countries in Europe since it’s still unexplored, yet it boasts gorgeous beaches, antique churches, numerous opportunities for tourists that are fans of winter sports and great hiking alike, and larger cities that are open for everyone, yet not crawling with hordes of visitors.

And although it has not been commonly visited by Westerners in comparison to other European countries, or even other countries in this region, this is slowly beginning to change.

Bulgaria is very safe, generally. Crime rates are low and the most common form of crime is car theft and break-ins. Areas to avoid are the red light district near Pliska Hotel and park areas near Lion's Bridge, or Lvov Most.

Transportation is relatively safe and reliable in Bulgaria, but it is still somewhat known for reckless drivers and the driving is very hectic.

There is some risk of encountering a pickpocket, especially in larger cities such as Sofia. Apply the basic laws of precaution to avoid such a situation, and follow your common sense.

Bulgaria has experienced some earthquakes, fortunately with mild consequences. In the mountainous regions, avalanches are possible.

Bulgaria is mostly safe when it comes to mugging and kidnapping, but it is recommended that you avoid poorly lit and deserted streets and dangerous areas known for street crime like the park areas near Lion's Bridge, or Lvov Most.

Even though there haven't been any terrorist attacks in Bulgaria's recent history, they shouldn't be ruled out, so be aware of your surroundings at all times.

As in any tourist destination, there is risk of getting scammed. Check your change twice, negotiate everything in advance, never pay upfront, and be wary of people trying to distract your offering you unsolicited help with your luggage or anything else, as it might be a trick to steal from you. The most common scam is taxi drivers overcharging for rides.

Single women shouldn't have any problems, although special vigilance is advised around Sofia. Be extremely cautious around poorly lit or deserted streets and areas filled with clubs and bars as drunken people may cause havoc.

So... How Safe Is Bulgaria Really?

Bulgaria is generally a safe country to travel to, and its people, much like in other Balkan countries, are quite friendly even though Balkan people have a falsely bad reputation.

However, even though it is safe, and Bulgaria’s crime rates are not high, you should always use common sense when you are outside of the main tourist areas.

If in Sofia, try to avoid dark streets at night.

Always take care of your belongings and keep them close by your side or safely in your accommodation, and never leave them in a visible place of your car.

When it comes to organized crime, even though it is a serious issue throughout Bulgaria, it usually does not affect tourists.

Also, the presence of organized crime groups are in decline, and Bulgaria is either way much safer than most European countries in terms of violent crimes.

Pickpocketing and scams are common, especially in crowded places (such as bus and train stations, airports and areas near major tourist landmarks), so watch over your valuables, and if you find yourself surrounded by a loud group of people throwing tantrums and making scenes, you should immediately move away from them, as it may be a trick to divert your attention, while they pickpocket you.

However, the most serious problem that travelers can come across is car theft.

If you drive an expensive car, never leave it in unguarded parking lots or in secluded streets at night – your car in these locations is likely to attract criminals.

How Does Bulgaria Compare?