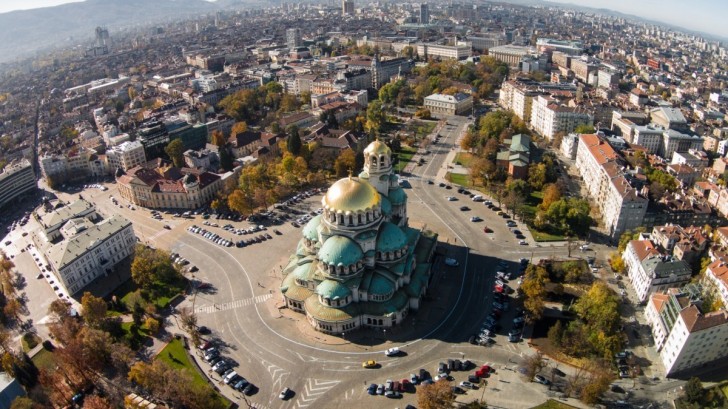 Bulgaria - safety as a country

The capital and the largest city in Bulgaria is Sofia.

It lies at the foot of the mountain Vitosha.

The city is a very old one, founded thousands of years ago, and today has a population of more than 1 million people.

Since it has existed throughout history, Sofia preserves many monuments and landmarks from its past such as the Eastern Gate, the Saint Sofia Basilica, the Presidential Palace and Saint George Rotunda- the oldest church in Sofia, to mention just a few.

Nowadays, Sofia continues to grow and develop into the country’s main cultural and economic center.

The very interesting fact is that violent crime practically does not exist in Sofia. Some petty crimes like theft and pick-pocketing happen, but still, according to its ranking, the city is considered a very safe one.

Because drivers are very careless and do not respect traffic signs, it is advisable to avoid driving, unless it is necessary, while pedestrians should not rely only on the traffic lights, but be very careful when crossing the street.

The risk of being a victim of pickpockets in Sofia exists, like in any other capital city, where a huge amount of tourists come. The best way to protect yourself from pickpockets is to avoid crowds and saying alone in the street at night.

The potential natural disasters in Bulgaria are earthquakes and avalanches in the mountains, but they are not often. Even if they happen, they do not usually cause any major damage.

There have been some records of mugging in Sofia. Kidnapping hardly ever happens, but it is still possible. Tourists need to be very cautious and thoughtful while in the crowds or isolated areas.

The numerous terrorist attacks that were happening in Europe make Bulgaria one of the capitals which might be on the terrorists' map. However, there is no concrete terrorist threat. Tourists should pay attention to the suspicious activity of the people around them.

Taxi drivers play a significant role when scamming in Sofia is in question. They sometimes tend to rob tourists. Drink spiking is also one of the possible scams risks, as well as people who offer help in the street.

Sofia, as well as the whole of Bulgaria, is very safe for female tourists. There is always a possibility of the assault, but it tends to be very rare. If you are alone, you should try not to attract the attention of suspicious men.

So... How Safe Is Sofia Really?

Sofia is home to Bulgaria’s most prestigious cultural and economic life.

Like any other big city, Sofia can satisfy everyone’s taste.

Its excellent museums, galleries, monuments, and buildings attract tourists from all over the world.

At the same time, it is the main location of the lawbreakers.

What is advisable for tourists it to take care of their possessions on the Central Station and Pirotska Street, especially during the night.

Jenski Pazar or Women’s market is the place where you can encounter a lot of pick-pockets and thieves, while Lion’s bridge is very attractive for tourists, but should be avoided due to a large number of criminals.

One of the dangers that are not very frequent in other capital cities is the huge amount of stray dogs in the streets, which sometimes can be dangerous if they attack pedestrians.

It is informed that those found in the center are usually friendly, while those in isolated and remote areas can be aggressive.

You can always ask for a guide who is usually available at hotels and other tourist resorts to lead you through the city and inform you about possible dangers.

Nevertheless, if you practice being vigilant and watchful like in any other place in the world, your trip to Sofia can be relaxed and you can enjoy a wonderful journey to this charming and lively city.