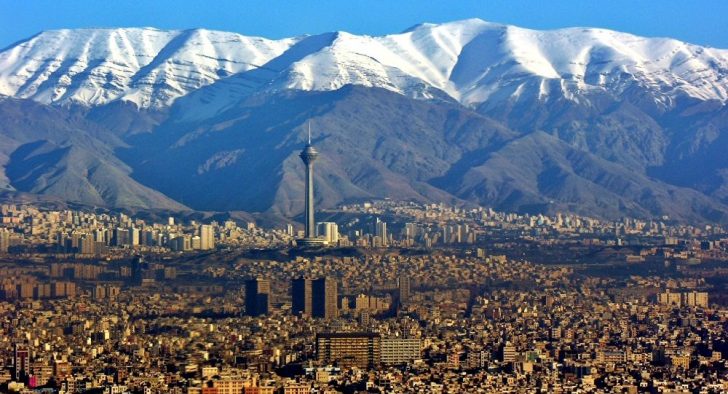 Iran - safety as a country

Considering the huge population of 14 million people, Teheran is the largest and the capital city of Iran.

Its location at the foot of the Alborz mountain range attracts many tourists.

Even though Iran is the Muslims country, Tehran is a cosmopolitan city and a pleasant place to visit.

Among the most popular sites to visit in the city are Azadi Tower, Golestan Palace, the Grand Bazaar and the national museum of Iran full of treasures and objects.

When the overall risk is in question, Tehran can be considered a safe city to travel, but the political risks and plenty of dangerous zones near the borders with Iraq and Afghanistan, make it less attractive. However, the practice of common sense and basic precautions concerning pickpockets in crowds will make your visit free of any kind of worries. Phone snatchers are very common on the streets of Tehran. Because of the high rate of poverty, there are plenty of slums around the city.

Traffic in Tehran is very dangerous, and not only for the drivers but the pedestrian as well. Accidents on the road occur frequently and driving can be dangerous since drivers are aggressive, and do not follow the signs. If you want to get around by taxi, agree on the price before the ride or ask them to turn on the taxi meter. You should know that women are not allowed to drive a motorcycle on public roads.

You should be aware of the possible robbery by a motorcyclist, so when walking along the street, pay attention not to become a victim of bag snatchers on a motorbike. Pickpocketing is a problem in the overcrowded bazaars and public transports. So, do your best to safeguard your belongings.

The climate in Iran is so extreme which might lead to extremely high temperatures over 50 degrees. Most of Iran is prone to earthquakes, so it is advisable to follow the media before deciding to come to Tehran.

The risk of being mugged or kidnapped in Tehran exists and the usual aim of the muggers is getting your money and valuables. So, it is better to give them what they want than to get seriously injured, since the money is what they are after and not you.

Terrorist attacks are very likely to happen in Iran. Attacks could happen anywhere and there have been reports that several bombings have taken place. Be vigilant in Iran, since there is a threat of kidnapping foreign tourists in the border areas.

The first thing you need to pay attention to is the fake police. They are dressed in uniform and might request to see your passport or check your luggage. In case this happens to you, ask them to go together to the nearest police station, since a tourist can't tell these from the real police.

Female travelers need to avoid visiting remote neighborhoods late at night and they should know that the BRT lines have the women-only section at the front. Their behavior and dress in public must be following the local rules. To make your holiday trouble-free avoid walking alone especially at night.

So... How Safe Is Tehran Really?

Considering the size and the population, Tehran is a relatively safe city for those travelers that practice common sense and take the usual precautions against pickpockets.

As long as the city is crowded, even at night, it is hustle free.

Travelers are advised not to take a private taxi at night and pay attention to phone and bag snatchers.

The traffic in Tehran is very dangerous and should be considered some of the worlds’ worst.

It is required to wear a headscarf and long sleeves when going out in public.

Tensions in the region have increased with the ongoing conflicts in Iraq and Syria which might lead to serious consequences, thus affecting the tourists’ impression of the city.

You should consider carefully the risks of traveling to Iran if you choose to travel there.

How Does Tehran Compare?