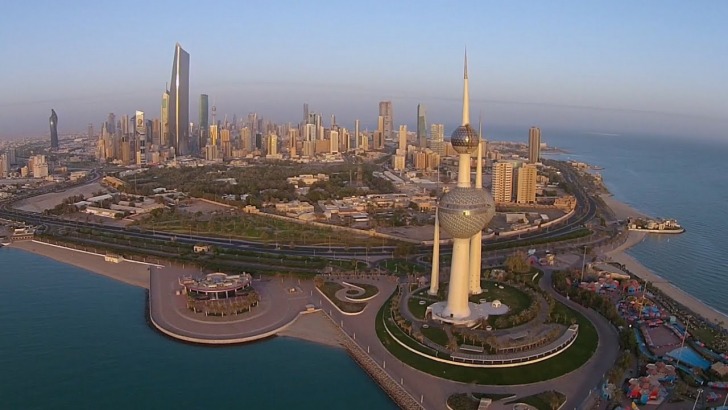 Kuwait - safety as a country

The seaport of the city is using by oil tankers, cargo ships, and many pleasure craft.

Its most dominant landmarks are the Kuwait Towers, the Liberation Tower, and the Grand Mosque.

Grand Mosque is another interesting point to see, especially for west tourists.

Women can borrow a proper dress from the mosque to enter.

Kuwait is one of the safest cities in the Middle East. However, the proximity to conflicts in Iraq makes the place potentially dangerous. You should also be familiar with local laws and traditions and behave respectfully, and wear the appropriate clothing.

Public transportation may not be safe enough for tourists. Tourists usually attract whistles and blame by locals. However, in a taxi, you can freely move around the city. Order only licensed taxi services so as not to get into trouble.

Most likely, you will not encounter pickpocketers in Kuwait. But in crowded places such as shopping malls, you should keep an eye on your belongings. If you leave valuables in the safe in the hotel room is one thing how you can be sure that you won’t get robbed.

The region is prone to sand and dust storms, and even flooding can occur occasionally. A severe hazard is earthquakes. Temperatures in summer that reach 50ºC and more and can cause health troubles as well. People with heart diseases are recommended not to visit the country during the summer.

Armed robberies and kidnappings are rare here. Call your taxi in advance when leaving the club/ bar after midnight or late in the evening – some locals might try to take advantage of the fact that you are just a tourist and go assaulting you. Use common sense and avoid crowds and crowds.

Hate and religion terror attacks are possible in Kuwait. Attack cases are known in the past of the city. Terrorism can be easily avoided if you know that terrorists usually target official and governmental buildings, places of prayer, and malls or large shops. Therefore, you should avoid spending too much time inside them.

Possibly scams are overpayments for souvenirs or travel services. Be careful and buy everything only in licensed places. Sometimes scams occur with the online environment and phone cheat when scammers tend to ask directly for the personal details of you.

Women traveling alone need to be careful, especially in poorly populated places. Sexual assault is uncommon, but keeping a low profile and be sure to wear modest clothes. Do not ride public transport on your own. Keep yourself safe at all times is by staying at night in the hotel room.

So... How Safe Is Kuwait City Really?

Kuwait City is one of the safest places in the Middle East.

The index of crime is low, and the main troubles here are bribes and corruption.

Even the nearest civil conflict in Iraq has not touched over into Kuwait.

For women traveling alone, it can be a not safe walk in city suburbs.

Some women travelers have recently been subjected to both physical and verbal harassment.

Several instances of sexual assault against foreign women in Kuwait City have been reported.

If you have any unpleasant incidents in the city, contact the police.

The Kuwaiti police accept crime reports and react fast, but it better to have someone who speaks Arabic or by a local attorney.

And of course, travelers should respect the religion of the country and choose modest clothes for showing up around.

Traffic on roads is another danger in Kuwait City.

Violent crimes against travelers is negligible.

However, you should exercise common sense as in any major city.

Terrorist attacks may occur here due to the proximity of the Iraq border and conflicts on their side.

Be aware of your surroundings in public places and avoid large gatherings and demonstrations as these can often turn violent.

How Does Kuwait City Compare?