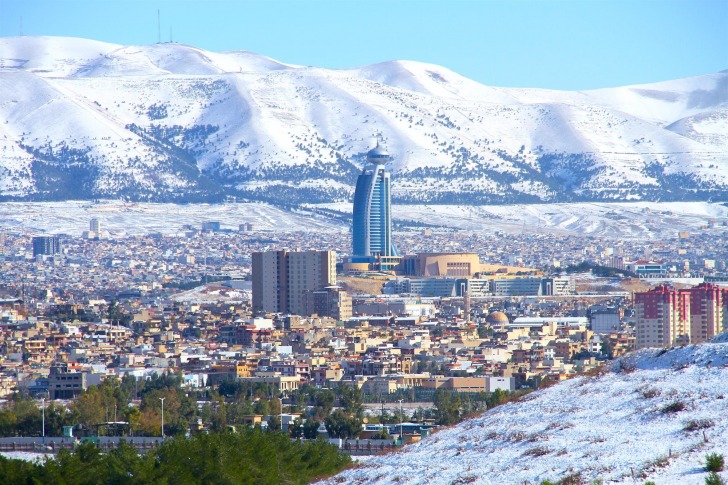 Sulaimaniya is a city in Iraqi Kurdistan.

One of the major cities in both the so-called Kurdistan region and Iraq, situated 385 Km north Baghdad.

The city sits between two chains of mountains.

The city was founded by Ibrahim Pasha in the year 1784.

Great Mosque, in the middle of the bazaar district, is Sulaimaniya’s great mosque.

Sulaymaniyah is a reasonably safe city, especially compared to other cities in Iraq. It is also one of the safest cities in Kurdistan. If you travel in the summer, you should take care of sun protection and drink plenty of water. It is hot enough in the summer. You should also be careful about traffic.

To get around Sulaymaniyah, it is better to use a taxi or hire a driver. Traffic is very chaotic, and drivers do not follow traffic rules. Use only licensed taxi services.

There are not many pickpockets in the city, and you are unlikely to encounter them. However, you should always follow your things and do not leave them unattended. In crowds and bazaars, be especially vigilant with pickpockets.

Armed robberies and attacks on people are not common in this city. In any case, the usual safety measures and common sense should be observed in Sulaymaniyah. At night, monitor your surroundings and avoid disadvantaged areas.

Fraud is not shared. Unless sometimes you can be deceived with the price of a taxi or offer inflated prices for souvenirs and trinkets. Especially if you see a tourist in you, use only licensed taxi services and be careful with your surroundings.

Women are free to travel around Sulaymaniyah but do not forget about the usual safety measures. It is better not to walk unaccompanied at night. Also, do not attract too much attention. Wear modest clothes.

So... How Safe Is Sulaymaniyah Really?

Sulaymaniyah is considered a reasonably safe city in Iraq.

Located far from hostilities and surrounded by mountains, the city has a lower crime rate and a higher level of security for the movement of tourists.

We can say that traveling in this city is quite safe even at night.

Minor problems here are connected only with corruption and bribery, and even then, they are very insignificant.

Of course, it is essential to stay up to date with the developments of the region, but the city itself is very safe.

People are amiable, and there are police and soldiers everywhere.

The only things you would need to watch out for are drivers and traffic.

Drivers here rarely follow the rules of the road.

Movement is usually chaotic and unsafe.

If you move on your car – you should be extremely careful.

It is better to use a taxi or hire a local driver.

However, due to the economic crises in the region, protests do happen in front of government buildings, so that sometimes blocks traffic on the main roads. Still, the police do an excellent job of cordoning off those sections.

Otherwise, there have not been any significant issues.

If you are in the city during protests, it would be good to avoid those if you don’t have to be around them.

How Does Sulaymaniyah Compare?