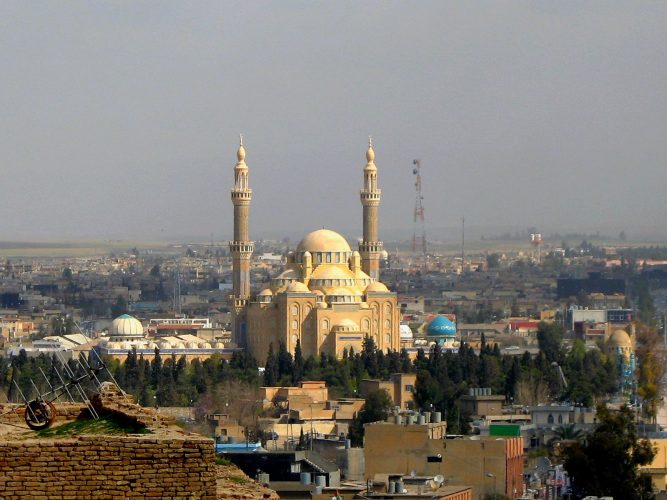 Iraq is a country located in the Middle East.

It is situated at the north end of the Persian Gulf with a small coastline in the southeast of the country.

Unfortunately, Iraq has been through tough times in the past 40 years and its tumultuous history has taken a toll on its travel industry.

After the fall of the Saddam Hussein government, known for being extremely hostile to the Shia religion, the holy sites of southern Iraq and in particular the spiritual home of Shia Islam in Karbala welcomed the hordes of religious pilgrims mostly from the Middle East, Iran, and Central Asia.

Religious pilgrimage is still unsafe, but it’s definitely safer than it used to be and knowing the Arab region is also quite useful as it will make you feel safer.

Generally, Iraq isn't a safe country to visit, because of its complicated political situation and turmoil that took over the country and its neighbors. It is strongly recommended that you do not travel to Iraq at this time.

Terrorist groups make transportation through the country rather difficult. You might get pulled over at any second. Air traffic isn't safe either. In January 2015, a commercial flight arriving into Baghdad International Airport was fired upon by the rebels.

Petty crime in Iraq exists and if you do leave your accommodation for whatever reason - even though this is also strongly advised against - be careful in crowded places such as bus and train stations and keep your valuables in your accommodation.

As for natural disasters, floods are Iraq's most severe threat. In 2015, a state of emergency was declared in Iraq due to torrential rains resulting in severe flooding.

Violent crime has actually been on the rise during the past three years. There have also been some kidnappings involving foreigners. Traveling in groups is recommended in Iraq. Avoid any suspicious parts of the country or going out at all after dark.

Terrorists are very likely to try and carry out attacks in Iraq. The biggest threat is coming from the extremist groups like Daesh that are responsible for the majority of attacks. Remain vigilant at all times.

Scams are the least of your problems if you're in Iraq, but yes, there are scammers here that will try to trick you. Double-check your change, never pay anything upfront and negotiate everything in advance. Be very careful around ATMs and be wary of people trying to distract you.

Iraq isn't dangerous for women particularly, but it is advised for tourists in general, regardless of their gender, not to walk around Iraq, be it during day or night, as the country is essentially in the state of warfare.

So... How Safe Is Iraq Really?

Iraq is not safe to travel to.

All travel to Mosul, Al-Qaim, Hawijah, etc is strongly discouraged and governments are advising their citizens world-wide against traveling to Iraq.

Though traveling to areas like Basra, Najaf, Karbala, and the majority of Kurdistan is safe, and the north-east provinces which comprise Iraqi Kurdistan can be considered somewhat safe, you should still travel to this country only in cases of absolute necessity.

If it is necessary to visit Iraq, then remain cautious and aware of your surroundings at all times, and consult your embassy before you leave.

If you go to Iraq and you have certain opinions on its history, religion and the sectarian warfare that has been going on for over a decade, keep it to yourself as expressing these opinions in certain areas can end with fatal consequences.

Rule of thumb is to avoid any religious or political discussions.

Keep in mind that Iraq, being a war zone, has minefields pretty much everywhere in every area of the country, so do not stray anywhere, do not walk into fields, especially unmarked ones unless you’re guided by someone who knows the area or is absolutely sure that it’s safe.

It would be best not to go anywhere without an escort from the Iraqi army.

How Does Iraq Compare?