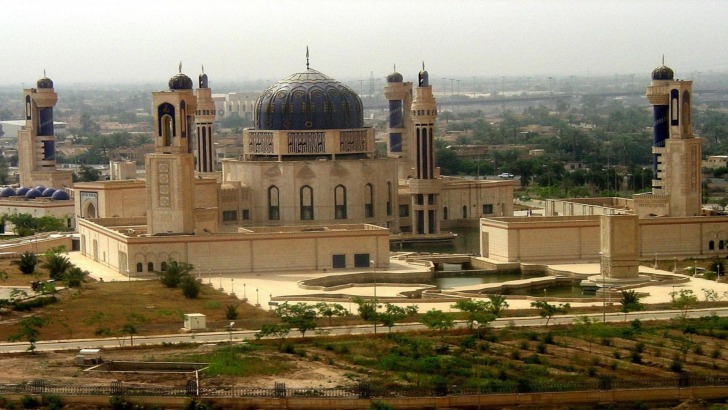 Baghdad is the capital of Iraq, and the second-largest Arab city after Cairo, with a population of around 7 million.

It is also the second-largest city in Western Asia after Tehran.

Baghdad used to be a vibrant city full of life and energy, but nowadays, people hardly go out in the streets, parks, and souqs anymore, not because it is unsafe, but because it is neglected and dirty.

Still, the city’s soul lies within and can be felt only if you look for it.

Terrorist groups make transportation through the country rather difficult. What people use is a fully armored car or Rhino (armored bus). Within the confines of the International Zone, you can ride a free shuttle bus service. You can also go on foot to some parts within the International Zone or ride a bicycle.

Iraq sits on an active seismic zone and there is a risk of tremors and earthquakes in Baghdad, as well as the floodings and droughts.

Violent crime has been on the rise during the past three years. There have also been some kidnappings involving foreigners. Traveling in groups is recommended in Baghdad. Avoid any suspicious parts of the city or going out at all after dark.

Terrorists are very likely to try and carry out attacks in Baghdad. The biggest threat is coming from the extremist groups like Daesh that are responsible for the majority of attacks. Remain vigilant at all times.

Scams are the least of your problems if you're in Baghdad, but yes, there are scammers here that will try to trick you. Double-check your change, never pay anything upfront and negotiate everything in advance. Be very careful around ATMs and be wary of people trying to distract you.

Baghdad isn't dangerous for women particularly, but it is advised for tourists in general, regardless of their gender, not to walk around Baghdad, be it during day or night, as the country is essentially in the state of warfare.

So... How Safe Is Baghdad Really?

Baghdad, unfortunately, isn’t too safe to travel to.

However, since Baghdad is a huge city, there are very safe areas and some that aren’t.

If you’re going to stroll along ordinary streets of Baghdad, wear clothes that don’t distinguish you from others, because it might make others have wrong assumptions about you.

If it is necessary to visit Baghdad, then remain cautious and aware of your surroundings at all times, and consult your embassy before you leave.

If you go to Baghdad and you have certain opinions on its history, religion and the sectarian warfare that has been going on for over a decade, keep it to yourself as expressing these opinions in certain areas can end with fatal consequences.

A good rule of thumb is to avoid any religious or political discussions.

Baghdad can have leftover mines in secluded areas of the city, so do not stray anywhere, do not walk into fields, especially unmarked ones unless you’re guided by someone who knows the area or is sure that it’s safe.

It would be best not to go anywhere without an escort from the Iraqi army.

Visiting Baghdad definitely isn’t for everyone, but if you want to visit it for a short time, it’s okay and you probably won’t have a bad experience – just apply all precautions measures.

How Does Baghdad Compare?