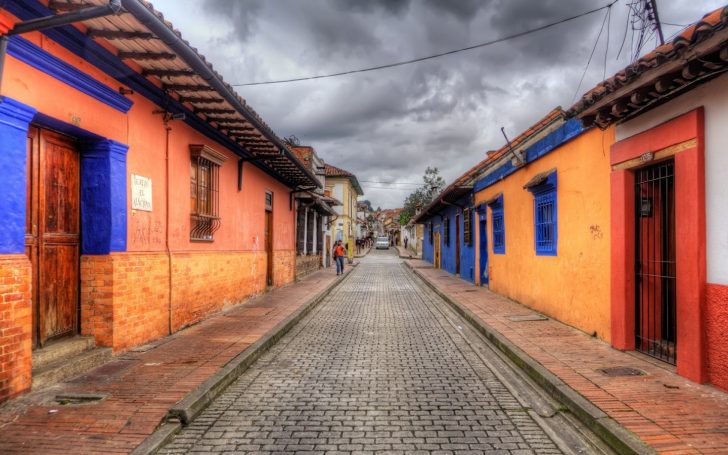 Colombia is located in the northwest of South America, sharing its borders with Panama to the northwest, Venezuela and Brazil to the east and Ecuador and Peru to the south.

What makes Colombia a must-visit tourist destination are its vast space brimming with landscapes and cultural heritage.

When it comes to culture, its capital Bogotá is the absolute leader in entire Latin America in experimental theater, and you can expect to run into a bunch of bookstores, music stores, and libraries and if you’re into music, there’s no place like this one: the Latin music scene of salsa and cumbia is extremely popular, with the most popular dance display – the huge Carnival of Barranquilla.

However, Colombia is not just a perfect destination for those that are hungry for parties and adventure.

There is a whole lot of history here: you can explore the old Spanish colonial provincial retreats like Villa de Leyva, hike through the jungle-covered mountains searching for the Lost City of the Tayrona Indians, or marvel at the walls of Cartagena’s old city.

And of course, for the summer-lovers, there are tropical beaches along Colombia’s Caribbean and Pacific coasts that you truly shouldn’t miss.

Despite its frightening reputation, Colombia’s safety has increased in the past couple of years, and it’s not as bad as it once was. Still, you need to apply precaution measures all the tame and follow the instructions to stay safe.

Transport is not the safest in Colombia. When using a taxi, always opt for calling the taxi service instead of hailing them off the streets. Also, buses are a problem, as well as the rural roads where if you’re a single car on the road, you’re an easy target for the criminals lurking to rob you on the roads and highways.

Pickpockets are extremely common, and tourists very commonly find themselves in such a situation. When you’re on the streets, try not to look like you have money and leave all your valuables in your accommodation. Don't take your cell phone out in the middle of the street, and while walking around, keep your eyes and hands on your purse at all times.

Since Colombia is a part of the Pacific Ring of Fire and Andean Volcanic Belt, natural disasters that are common in this country are earthquakes and volcanic eruptions. Always follow the advice of the authorities.

The risk of getting mugged or kidnapped is also high in Colombia. There are neighborhoods and areas that should be avoided at all cost, liken Calle 9 area. Bear in mind that you should avoid rural roads and walking alone, particularly at night. Cartagena and coastal areas are safer since they are known tourist areas.

Terrorism risk is very real in this country, as terrorists are likely to try and carry out attacks in Colombia. The main danger comes from the National Liberation Army (ELN), dissidents of the FARC guerrilla group (Revolutionary Armed Forces of Colombia), and other illegal armed groups. Be aware of your surroundings at all times.

There are a lot of scammers in Colombia trying to take advantage of you, and you have to be smart and cautious, otherwise you will lose your money or get stolen from. Be wary of people lurking around ATMs or anyone trying to distract you. Taxi drivers might try to trick you into paying more, giving you wrongful information about the price of the ride.

Colombia is not recommended for solo female travelers, as women can easily feel unsafe on the streets of Bogota and other major cities even when accompanied. If you do decide to, be extremely careful, especially at night and always try to stick with other individuals or groups. Even going accompanied by just one more person is better than going alone.

So... How Safe Is Colombia Really?

During the past couple of decades, Colombia has had a reputation of being an extremely dangerous country, ridden with crime and violence, and the situation truly was grave, but it has greatly improved since the ’90s.

In reality, when it comes to crime, the situation varies throughout the country.

For example, the majority of jungle regions aren’t safe, but the areas around Leticia and Santa Marta are generally safe to visit.

Avoid the Darien Gap located at the border with Panama, and this goes for Putumayo and Caquetá as well, as they are known to be conflict zones.

You should also be careful and travel with locals when visiting areas of Chocó, Cauca, and Valle del Cauca, eastern Meta, Vichada, and Arauca, as well as all Amazonian departments except for Amazonas.

You should still bear in mind that even though Colombia has been fighting crime and it’s been on a decrease since the ’80s, major urban centers, as well as the rural parts of Colombia, still have very high rates of violent crime.

If you end up in a poor area of any Colombian major city, keep in mind that they can be pretty dangerous and that you should always call a taxi instead of walking through those neighborhoods.

However, since taxi crime is also common, always request one by phone instead of hailing one off the street.

How Does Colombia Compare?