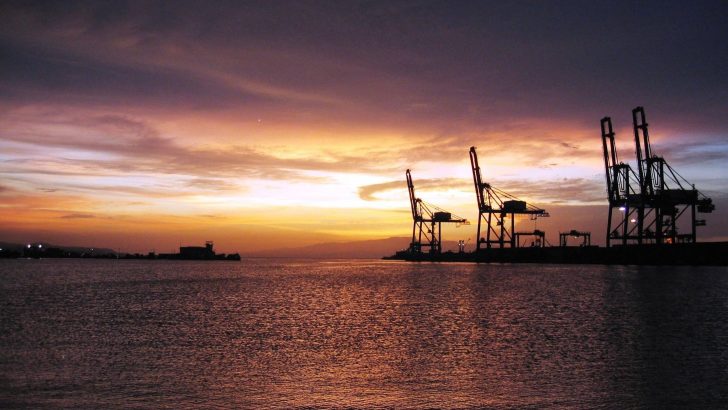 Djibouti is a country located in East Africa, bordered by Eritrea to the north, Ethiopia to the west and south, and Somaliland to the southeast, and with the Gulf of Aden lies to the east.

There are three regions in this country: the coastal plain, the volcanic plateaus spreading across the central and southern parts of the country offering a unique experience to an adventurous traveler, and the third region consisting of the mountain ranges in the north.

The biggest part of the country, however, is just vast wasteland with no arable land.

What you might want to visit while in Djibouti is Lake Assal which is the second-lowest point on Earth.

It isn’t easy to reach, though: you might need to hire a car and suffer a rough ride until reaching the desired point, but you can expect to be awestruck on the way: even though the roads are bumpy and completely destroyed, this particular one passes within sight f the Devil’s Island, and the whole journey to Lake Assal will leave you with incredible and unforgettable views.

In general, Djibouti is relatively safe to visit. Expect both petty and violent crime, and scammers everywhere. Apply all precaution measures to minimize the chances of something going wrong.

Safety requirements when it comes to transport are not always met. If you plan on inter-city traveling, the only way to go are buses, and they are poorly maintained while their drivers often drive recklessly and erratically without paying attention to the passengers’ safety.

When it comes to petty crime, Djibouti isn’t too dangerous, especially compared to some of its neighbors like Somalia and Eritrea. This doesn’t mean that you should let your guard down and relax: apply all precaution measures that you would in your own country and remain vigilant especially in crowded places.

Even though it boasts wonderful landscape, the beauty of the country came with a price: namely, Djibouti is notorious for its seismic activity and severe earthquakes. Some scientists are actually now saying that in time (measured in millions of years) Djibouti will disappear having been pulled apart by the African, Somali and Arabian tectonic plates.

Violent crime is also not common in Djibouti, but you should still avoid visiting deserted and isolated areas where you might become targeted. Particularly avoid coastal areas like Dorale and Khor Ambado - which are very isolated. Also keep in mind that walking around after dark unaccompanied is not recommended.

Terrorists are likely to try and carry out attacks in Djibouti. Djibouti and its international interests may be seen as a legitimate target by Al Shabaab because of its support to the Somali government and its participation in the African Union peacekeeping mission.

Just like anywhere in the world, where there’s tourism – there will be people trying to take advantage of you. Be careful when changing money on the streets, you might get scammed. Always check your change twice, negotiate the price of every service beforehand, and ask around about the real prices of services and other goods.

Even though this country isn’t notorious for criminal activity, women should be careful when visiting Djibouti. Apply basic precaution measures - avoid wearing purses and do not walk alone or roam around deserted or poorly lit streets and areas.

So... How Safe Is Djibouti Really?

Generally speaking, crime rates in Djibouti are relatively low, especially in comparison to its neighbors.

That, however, doesn’t mean that you should relax, on the contrary – but more on that subject later.

The country is definitely not crime-free, and you should be particularly wary of pickpockets and theft in general.

The real danger in this country is a natural hazard in the form of numerous and devastating earthquakes.

Djibouti is actually known for its notorious seismic activity and scientist now predict that it millions of years Djibouti will disappear into the ocean having finally been pulled apart by the African, Somali and Arabian tectonic plates.

Be very careful in case of an earthquake.

Drop to the ground and hold on to anything solid until the shaking stops.

Another thing to keep in mind is don’t ever completely relax in Djibouti: this is a fairly conservative country, predominantly Muslim, so you should obviously obey their rules, and treat their local culture with respect.

Homosexuality is also illegal, so refrain from public displays of affection.

You shouldn’t take photos in most places, either.

It is forbidden, including photographing buildings, seaports, the airport, bridges, military facilities, etc.

Never get too relaxed: if they catch you with your photographic equipment, it will be taken from you and you might even get arrested.

How Does Djibouti Compare?