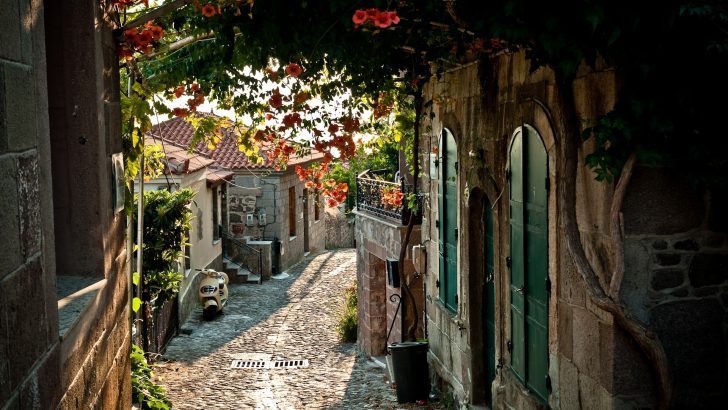 France is a country consisting of metropolitan France in western Europe, and several overseas regions and territories.

Metropolitan France stretches from the Mediterranean Sea to the English Channel and the North Sea, and from the Rhine to the Atlantic Ocean.

The overseas regions consist of French Guiana in South America and several islands in the Atlantic, Pacific and Indian oceans.

There aren’t many things not to like in this dreamy European country.

It is one of the most popular tourist destinations, both in Europe and the rest of the world.

Its joie de vivre has been described for years in many books, movies, legendary paintings, and you can feel it when passing its countless restaurants, villages and enjoying its world-famous gastronomy.

Others enjoy France’s considerable cultural heritage, what’s left behind its great philosophers, writers, and artists, and some just walk the streets and enjoy the music of this country’s beautiful language.

Not to mention its long coastlines, massive mountain ranges, and breathtaking farmlands and vineyards.

France is very safe to travel to. There is the heightened risk of pickpockets and scammers, though, and you should remain vigilant for any suspicious activities since this country has been targeted by terrorists many times. However, if you apply basic precaution rules, that should minimize the risk of something going wrong.

Transportation and taxis are generally safe and reliable in France, though there are many pickpockets in Parisian subway, and in other forms of public transport. Taxis are usually your safest bet.

As in any European top destination, there are pickpockets at popular tourist landmarks in France. They are your biggest worry when traveling to this country. Follow your common sense and remain vigilant at all times, especially in public transportation and at crowded stations.

There is no particular threat of natural disasters in France, except for the threats from avalanches that can be a considerable risk when going skiing in the Alps.

Since this country has been targeted by terrorists numerous times, (as well as some countries near France, such as Denmark or Belgium) there is reason to believe that this country can be targeted again. This is why it is important to remain aware of your surroundings at all times, and report any suspicious activity.

As in any country, especially a top tourist destination, there is risk of getting scammed. In France, Paris and Marseilles are especially notorious for being scam hot-spots. Be wary of people trying to distract you or offering you unwanted help, check your change twice and always negotiate every service beforehand.

France is very safe to travel to, if you are a female traveling solo. Apart from a few general precaution rules you should apply, such as not walking alone in poorly lit and deserted areas, not finding yourself in strange company at night, etc, you can relax because France is very safe in this respect.

So... How Safe Is France Really?

France is generally a safe country to visit, though its safety has been mildly compromised during the last couple of years, due to numerous terrorist attacks.

However, disregarding this, the precaution measures you will have to take are on par with those you would have to take in any other popular tourist destination, so that shouldn’t stop you from traveling to this gorgeous country.

France is generally a low-crime area, and the inner city areas and few selected suburbs are completely safe at all hours, but the problem persists in larger cities, especially Paris: there, the murder rate is about the double of the surrounding countries, and larger cities are literally filled with pickpockets and petty theft.

Violent crime, especially against tourists or strangers is rare, but you should bear in mind that purse snatching and pickpocketing is extremely common.

Due to this, police and France’s military units are patrolling the important landmarks, the Paris subway, train stations, and airports.

How Does France Compare?