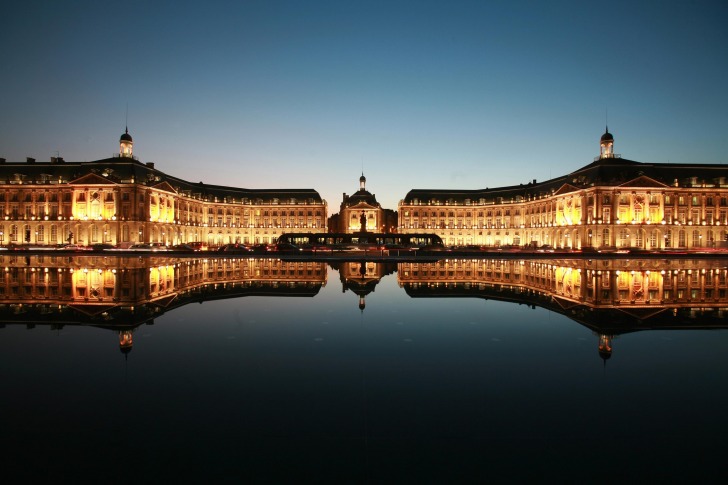 Bordeaux is a city in France, the capital of the department Gironde.

It is renowned for its wines, considered amongst the best in the world.

There is some famous university in Bordeaux so students are often come here for their degree.

The city is very friendly toward students with lots of benefits for them like a free bicycle loan and a reduction in the transport fees.

Bordeaux is a beautiful city, there aren’t any big monuments that will throw you in awe of them, but surely you will slowly start to fall in love with it.

Bordeaux is very safe to travel to. There is a heightened risk of pickpockets and scammers, though, and you should remain vigilant for any suspicious activities since France has been targeted by terrorists many times. However, if you apply basic precaution rules, that should minimize the risk of something going wrong.

Transportation and taxis are generally safe and reliable in Bordeaux, though many pickpockets are cramming in other forms of public transport. Taxis are usually your safest bet.

As in any European top destination, there are pickpockets at popular tourist landmarks in Bordeaux. They are your biggest worry when traveling to this city. Follow your common sense and remain vigilant at all times, especially in public transportation and at crowded stations.

Bordeaux is susceptible to floods, but they're not too common and usually aren't fatal, so there's no need to worry too much about these natural disasters.

As in any French city, especially a top tourist destination, there is a risk of getting scammed. Be wary of people trying to distract you or offering you unwanted help, check your change twice and always negotiate every service beforehand.

Bordeaux is very safe to travel to if you are a female traveling solo. Apart from a few general precaution rules, you should apply, such as not walking alone in poorly lit and deserted areas, not finding yourself in a strange company at night, etc, you can relax because France is very safe in this respect.

So... How Safe Is Bordeaux Really?

Bordeaux is a very safe city to visit, with a couple of dangers to be wary of, though like in many other cities in France, its safety has been mildly compromised during the last couple of years, due to numerous terrorist attacks.

However, disregarding this, the precaution measures you will have to take are on par with those you would have to take in any other popular tourist destination, so that shouldn’t stop you from traveling to this gorgeous city.

Bordeaux is generally a low-crime area, and the inner city areas and few selected suburbs are completely safe at all hours.

Like all larger cities, it is filled with pickpockets and petty theft.

This is a good thing for tourists since their presence scares away any pickpockets or bag snatchers that might be in the vicinity.

How Does Bordeaux Compare?