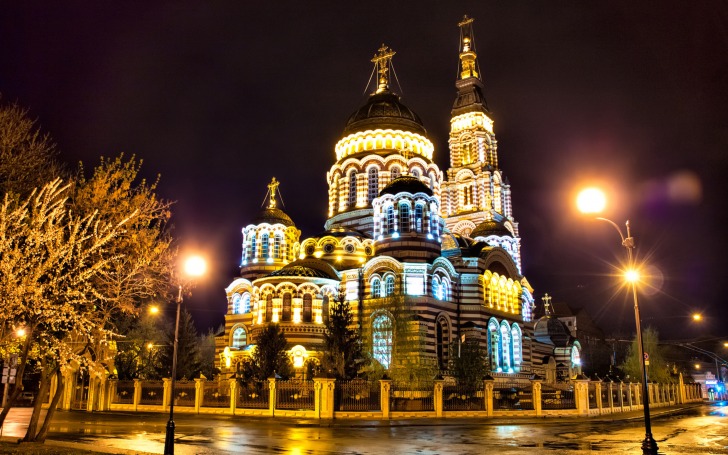 Kharkiv is a very important, huge city in the Kharkiv region of Ukraine and is the second-largest city in Ukraine.

As it was always located on the crossing of many roads, it was a merchant city from its foundation and later became a university city that it now is.

Therefore they usually display acceptance and tolerance to other cultures.

People are friendly and open to communication.

Kharkiv is an international city filled with many different cultures, nationalities, and races.

There are so many clubs, restaurants, bars, and parks in this city so living in Kharkiv means you can pretty much have a social life.

Generally speaking, Kharkiv is mostly safe for visitors. It is a country where travelers aren't too common, but if you do visit, some areas should be avoided at all costs but don't be too frightened - the risks are low.

Pickpockets are a serious issue in Kharkiv, and it occurs everywhere so you should be careful particularly in crowded places, in tourist areas, in bars and nightclubs and on public transportation.

As for natural disasters, what still represents the biggest issue in Ukraine is the legacy of the Chernobyl disaster. It is also susceptible to frequent flooding, freezing winters, storms, and mine disasters.

As for violent crime, it has been on the rise, especially after dark. This includes muggings and armed robbery but it's still not that common that you should be scared.

Terrorists are likely to try and carry out attacks in Ukraine, and the authorities in Ukraine have announced that they have already disrupted numerous planned attacks, including in the capital, Kyiv.

Scamming is also an issue in Kharkiv. There are the famous scams over dating sites where the victims are asked to send money to their prospective dates, Apart from online scams, be careful on the streets, keep an eye on your drink and check your change twice.

Kharkiv is relatively a safe place for solo female travelers. However, there is political turmoil as well as terrorist threats that are disrupting peace in the entire country. Try not to go anywhere alone and avoid dark and deserted areas.

So... How Safe Is Kharkiv Really?

Kharkiv is one of the safest cities in Ukraine even though, due to recent conflicts with Russia, people are skeptic towards coming here.

Due to the conflict, the people fear they will find the “wild east” in Kharkov – and, truth be told, there is a very large number of internally displaced Ukrainians (from Luhansk and Donetsk) living in Kharkiv, you’ll see “camps” on the squares collecting donations for the Ukrainian military, and the government is, to say the least, murky.

But the city itself is safe.

While you don’t see much racism, you do see ethnic groups hang out in their cliques.

They will be very interested in learning from you about the world.

Try to adjust to their way of life, and they will consider you as their life-long friend.

Don’t wear any Russian symbols on your clothes.

Russian symbols are not welcomed in the city since the Russian military occupied part of our country.

Also, make sure to pack a lot of winter clothes when visiting as the temperature falls way below zero.

Apart from the aforementioned, the city is very safe – it has tens of thousands of students from around the world and feels like a large college town.

How Does Kharkiv Compare?