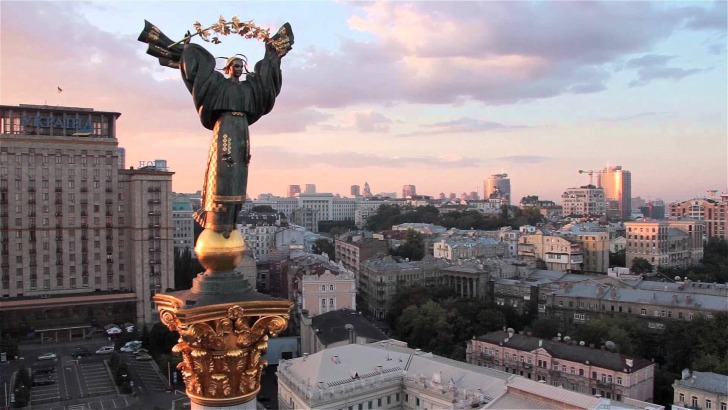 Kyiv is the capital and largest city of Ukraine with – officially – as much 3 million inhabitants.

One of the great things about Kyiv is that people here are kind and generally easygoing.

If you only speak English, many locals will accommodate you.

Many people adore living in Kyiv, even though it’s sometimes dangerous: the costs are low, the people are friendly, and the city has a lot to offer.

Since Kyiv is a huge metropolis, its cultural life is very vibrant.

There is always something to see, be it a gig, a play, an exhibition or other entertainment.

Generally speaking, Kyiv is not too safe for visitors. It is a city where travelers aren't too common, but if you do visit, some areas should be avoided at all costs.

Driving a car in Kyiv is very dangerous and may prove fatal, especially if you didn’t get your license in Ukraine. Public transportation is one of the most common places where you'll find pickpockets operating.

Pickpockets are a serious issue in Kyiv, and it can occur everywhere so you should be careful particularly in crowded places, in tourist areas, in bars and nightclubs and on public transportation.

As for natural disasters, what still represents the biggest issue in Kyiv is the legacy of the Chernobyl disaster. It is also susceptible to frequent freezing winters and storms.

As for violent crime, it has been on the rise in Central Kyiv, especially after dark. This includes muggings, and armed robbery, particularly in secluded and dark streets and areas.

Scamming is also an issue in Kyiv. Apart from online scams, be careful on the streets, keep an eye on your drink and always check your change twice. Be especially careful around taxi drivers trying to overcharge you.

Kyiv is not a safe place for solo female travelers. Crime is widespread throughout the country and there is political turmoil as well as terrorism threats disrupting peace in the country.

So... How Safe Is Kyiv Really?

There are many sights Kyiv offers to its visitors.

When it comes to crime, you should try and lay low and refrain from showing the fact that you’re a tourist or your belongings.

Try to fit in, as foreigners are still rare in this city.

Kyiv, Odesa and other major cities are more accustomed to tourists, which is why pickpockets here are more common, especially in crowded places like metro, bus and train stations.

And even though bad blood between Russia and Ukraine is unlikely to affect tourists, you should know that there are no government services like police, hospitals, firefighters, ambulance services, etc.

Another big risk here is probably the traffic: namely, a lot of people don’t use seat belts even if their chosen taxi has them – a lot of Ubers don’t have seat belts.

Get a reputable taxi, an Uber Select, or take public transport.

Regarding separatists and war, it’s all politics, and if you are not a civic activist, and aggressively politically-minded personality you may just relax and enjoy discovering this amazing ancient city.

There are no protesters or separatists in the streets, but if there were, it would be wise not to join them.