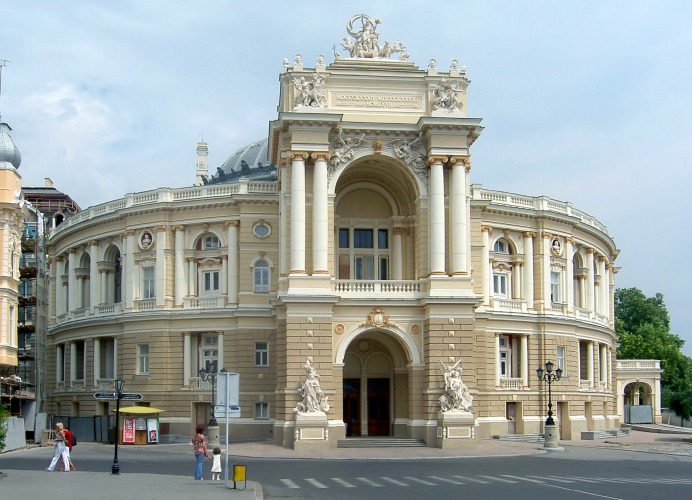 Odesa, along with Lviv, is a city of regional significance in Ukraine, and it’s also one of the biggest cities in the country.

It used to be the most populous city in Ukraine during the second half of the 19th century.

Odesa did not become the most popular Ukrainian resort city by chance, because there is not only the sea and excellent beaches, but also entertainment for every taste.

It’s one of those cities that never sleep – every night, all year round, Odesa dances and has fun in numerous Odesa Clubs that offer entertainment and fun for any budget and preferences.

Generally speaking, Odesa is not too dangerous for visitors, but they should remain vigilant at all times. It is a city where travelers aren't too common, but if you do visit, some areas should be avoided at all costs.

Pickpockets are an issue in Odesa, and such incidents can occur everywhere so you should be careful particularly in crowded places, in tourist areas, in bars and nightclubs and on public transportation.

As for natural disasters, what still represents the biggest issue in Odesa, and much of the country is the legacy of the Chernobyl disaster. It is also susceptible to frequent flooding, freezing winters, and storms.

As for violent crime, it has been on the rise in Ukraine in general, especially after dark, but Odesa doesn't seem to have this problem. It's mostly safe but remains aware of your surroundings, particularly in secluded and dark streets and areas.

Terrorists are likely to try and carry out attacks in Odesa, and the authorities in Ukraine have announced that they have already disrupted numerous planned attacks, including the most important cities of the country,

Scamming is also an issue in Odesa. Apart from online scams, be careful on the streets, keep an eye on your drink and always check your change twice. Be especially careful around taxi drivers trying to overcharge you.

Odesa is not a safe place for solo female travelers. Crime is somewhat present in the country and there is political turmoil as well as terrorism threats disrupting peace in the country.

So... How Safe Is Odesa Really?

The criminal situation worsened all over Ukraine, and Odesa is not an exception.

Even though many tourists are skeptical about the Ukraine-Russia Conflict, it has never made Odesa unsafe.

Just be very careful and avoid publicly speaking against the Maidan coup, government, and activists, or you may find yourself in trouble.

Always be aware of your surroundings.

If in a poorly lit or unfamiliar areas always move with confidence, even if you are not sure where you are going.

A problem in Odesa is the poor state of the footpaths coupled with poor street lighting and traffic that treats speed limits and road rules in general as merely advisory.

At night take a torch.

Unless you learned to drive in the former Soviet Union, Odesa is probably not a good place for you to plan on driving yourself around.

Traffic can be shockingly reckless, and roadways are in poor repair.

Odesa and other major cities are more accustomed to tourists, which is why pickpockets here are more common, especially in crowded places like metro, bus and train stations.

By all means, avoid traveling to Chernobyl and the whole radiation zone, including the ghost city of Pripyat.

How Does Odesa Compare?