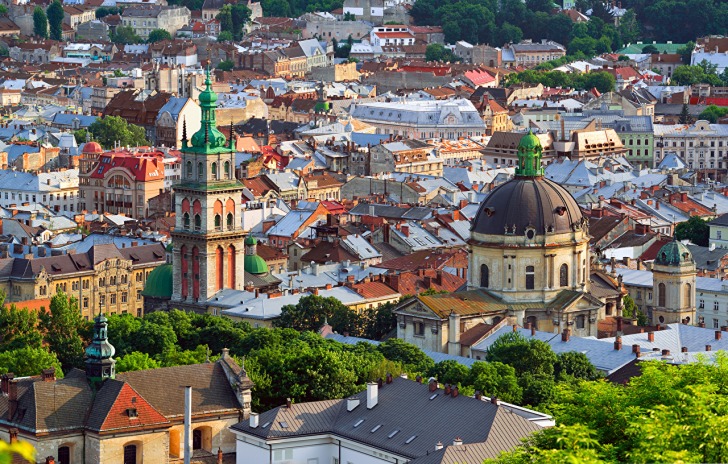 Lviv is one of the most important cities in Ukraine and the surrounding region.

It is not a big city, amounting to approximately 724,000 people

The city was part of Poland until 1939 when it became part of Ukraine.

Right now, apart from it being the city of the biggest importance in the region, it’s also a major Ukrainian cultural hub, not to mention that its historic city center is on the UNESCO World Heritage List.

Regarding the current situation in the eastern part of Ukraine, Lviv has not been affected by political instability and is considered to be a pretty safe place among all Ukrainian cities.

Generally speaking, Lviv is a safe city for visitors, and one of the safest cities in Ukraine. It is a city where travelers aren't too common, though, but if you do visit, you can mostly relax and just follow the rules of common sense.

Pickpockets are a serious issue in Lviv, as in the rest of Ukraine, and it can occur everywhere so you should be careful particularly in crowded places, in tourist areas, in bars and nightclubs and on public transportation.

As for natural disasters, what still represents the biggest issue in Lviv is the legacy of the Chernobyl disaster. It is also susceptible to frequent flooding, freezing winters, and storms.

As for violent crime, it is very rare in the city of Lviv - especially towards foreigners This isn't to say you shouldn't be careful, particularly in secluded and dark streets and areas.

Terrorists are likely to try and carry out attacks in Lviv, and the authorities in Ukraine have announced that they have already disrupted numerous planned attacks, including the main and most important cities of the country.

There aren't any particular scams typical for this city. Still, you are advised to be careful on the streets, keep an eye on your drink and always check your change twice. Be especially careful around taxi drivers trying to overcharge you.

Lviv is a safe place for solo female travelers. Just don't do anything you wouldn't do in your city. Though there are petty crimes and terrorist threats, as a woman, you're mostly safe in this city.

So... How Safe Is Lviv Really?

As with any city, there are places one should not wander alone, and these areas can shift, so be wise and ask locals for advice.

Also – if you are a person of color, unfortunately, you are at higher risk.

Lviv is not as safe for black people, especially black men, and if you’re colored you will not want to walk alone at night, and you will want to avoid groups of guys hanging out on the street at night.

There are a few other minor hazards or things to be aware of: drink bottled water, be aware of uneven road and potholes, watch out for some crazy drivers, etc.

As for petty crime, it’s on the rise in this city, and a real problem!

Don’t flash your money around, don’t go down empty streets alone at night, make copies of all your important papers and generally act like you know what you’re doing and where you’re going.

Attacks on ethnic grounds are very rare and would be on par with many other cities in Europe, like, for instance, Poland.

There is low tolerance to LGBT but this doesn’t cause present danger on the street.

How Does Lviv Compare?