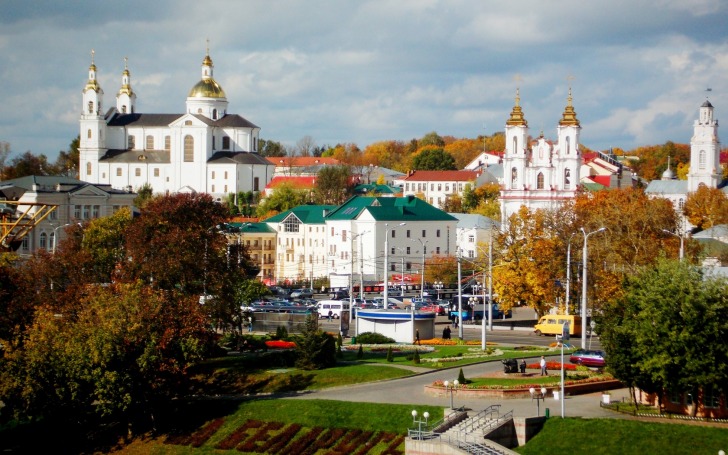 Belarus is a country located in Eastern Europe, bordering with Russia, Ukraine, Poland, Lithuania, and Latvia.

The country is often regarded as the one with the most developed republic (excluding the three Baltic states) in the former USSR.

Belarus is visited by about 100,000 tourists annually and it really has something to offer to its tourists like its many UN heritage sites, its well-preserved medieval castles, and its Soviet World War II memorials.

The Grodno district is home to quite a few historic sites and is worth a visit, too.

Belarus is quite safe with a vibrant capital, good cultural scene, and nightlife.

As long as you exercise the same precautions you would in any other country, you’ll be fine. That means avoiding dangerous and secluded areas and flashing material goods in public places. If you stick to your wits, you won't have problems in Belarus.

Driving in Belarus is not for the weak or faint hearted! Expect drivers to change lanes at will, mostly without any warning or even driving very close to the vehicle in front of then. Apart from that, you should be careful when commuting in public transportation, since pickpockets love crowds.

Belarus is a somewhat visited tourist attraction, so it makes sense that you'll run into pickpockets around tourist spots, crowded places and train/bus stations. Always be careful with your belongings, and never leave them anywhere. Keep all your valuables in a safe or in your accommodation.

Belarus is somewhat vulnerable to disasters due to both natural and man-made hazards. The major natural hazards are floods, storms and extreme temperatures. Spring floods are quite common in Belarus, occurring almost every year. The key man made hazards refer mainly to nuclear accident contamination (after the infamous Chernobyl disaster).

Belarus has a pretty low level of street crime. This is mostly because crime is severely punished by the government and there's not much organized crime within the country. Still, you are advised to avoid poorly lit streets and secluded areas.

Although there is no recent history of terrorism in Belarus, attacks cannot be ruled out, so visitors are strongly advised to remain aware of their surroundings at all times.

There aren't any known scams that are typical for Belarus specifically, but that doesn't mean there aren't any scams towards tourists and visitors. Usually, when people see you're a tourist, there will always be those who will come up with a trick to draw money from you. Be aware of your surroundings always.

Women are not at a particular risk in this country. Belarus isn't known for being dangerous for women, but common sense is still of key importance. Do not do things you wouldn't in your own country, like walking by yourself at night or roaming around secluded areas.

So... How Safe Is Belarus Really?

Belarus is overall a safe country, but as a traveler, you’re still advised to take all the normal precautions, like avoid pickpockets, crowded areas and shady people that are trying to distract you.

It is a common misconception that Belarus is an unsafe country due to the political situation but the only way you can have problems or feel unsafe in Belarus is if you speak against the current government in public or participate in demonstrations by the opposition.

Foreigners should also be aware that any type of illicit drug use – even including marijuana, will be severely punished in Belarus.

Young people may be stopped and required to prove their age, but if you look on the internet, you’ll see many false stories that police tend to pick on foreigners: the truth is that most foreigners haven’t had any problems like that.

If you do have to deal with the police, they are actually very kind and helpful.

Security personnel, however, may at times place you, as a foreigner, under surveillance by monitoring some hotel rooms, telephones, and fax machines.

One more thing: make sure that when you pass the border or give your passport to policemen in the street, or anywhere else, you don’t have any money there: it might be considered to be bribery.

How Does Belarus Compare?