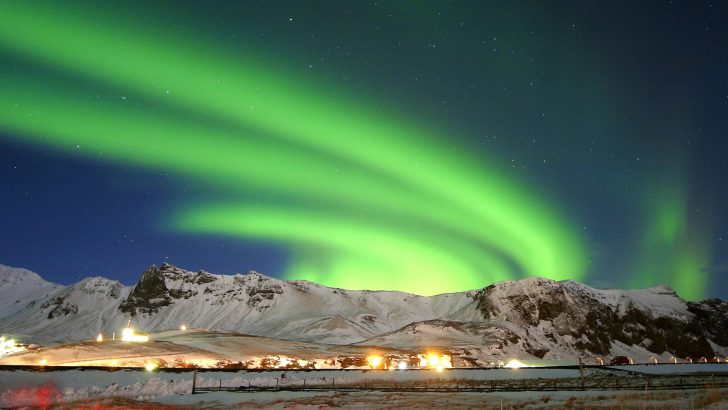 Iceland is a country in the North Atlantic Ocean, located between Europe and North America and as such, considered Nordic European.

Its name though, is a bit misleading, because although 10% of it is covered in glaciers, its climate is surprisingly mild and it boasts a number of geothermal hot-spots and hot springs.

Iceland’s unique landscape is not only gorgeous and, well, a bit unconventional year-round, it also allows for many different adventures: it flaunts a diverse marine life, you can actually go whale watching or ice climbing and if that’s not enough, it offers an exploring trip to magma chambers.

Another interesting fact about Iceland is that, because it is so close to the Arctic Circle, the amount of daylight varies, and sometimes the sun sets only for a couple of hours, and it doesn’t even get fully dark before it rises again!

Iceland is an immensely interesting country and very safe to visit.

Iceland is a very safe country to visit. It is actually considered the safest country in the world, which still doesn't mean that you should completely relax: petty crime has recently been on the rise in the capital city, Reykjavik.

Taxis and other means of transportation are very safe and reliable in Iceland.

There is almost no pickpocketing in Iceland, it is a country that boasts extremely low crime rates. Avoid flashing your valuables in public, or leaving them in plain sight and you should encounter no problems.

The biggest threats for tourists in Iceland actually lie in nature. The most important thing for tourists and visitors is to monitor local news for information on the weather (since it can change very quickly) and follow the advice of authorities as well as the signs you see on the road, or anywhere in nature.

Mugging is uncommon in Iceland, and so is kidnapping. However, as in any country, it is recommended that you remain vigilant at all times. Be wary of people trying to distract you, as it might be a trick to try to steal from you.

There haven't been any terrorist attacks in Iceland's recent history. However, they shouldn't be ruled out, so remain aware of your surroundings at all times.

Scams are also not common in this country, but you should use your common sense and double-check everything. Be wary of people offering you help with anything or giving you unsolicited advice or directions.

Iceland is very safe for women traveling solo, probably one of the safest countries for female travelers. Just follow the rules of common sense such as avoiding deserted and poorly lit streets and areas, and your trip should go smoothly.

So... How Safe Is Iceland Really?

Iceland is considered to be one of the safest places in the world, so if there’s any tourist destination where you can relax, this is it, because there are very low chances that you will get mugged or robbed.

Crime rates are generally low, excluding Reykjavík where, recently, there have been reports of petty theft and night-time violence.

The greatest threats for tourists in Iceland are actually risks of natural disasters.

It is very important to do exactly what the signs in your nearest vicinity tell you to do.

There have been tourists getting hurt or even killed up in the mountains or on the sea usually after not following safety advice.

You should be careful when approaching glaciers, big waves or big waterfalls, and actually, avoid them unless you know what you’re doing.

You can also get caught up in a volcanic eruption, even though the chances of that happening are really low.

You should also be very careful when skiing as sudden weather shifts are very common in Iceland.

Since Reykjavik is a big party town and nightlife begins around 1 AM, clubs still being crowded at 4 AM, a violent altercation at night is always a possibility.

How Does Iceland Compare?