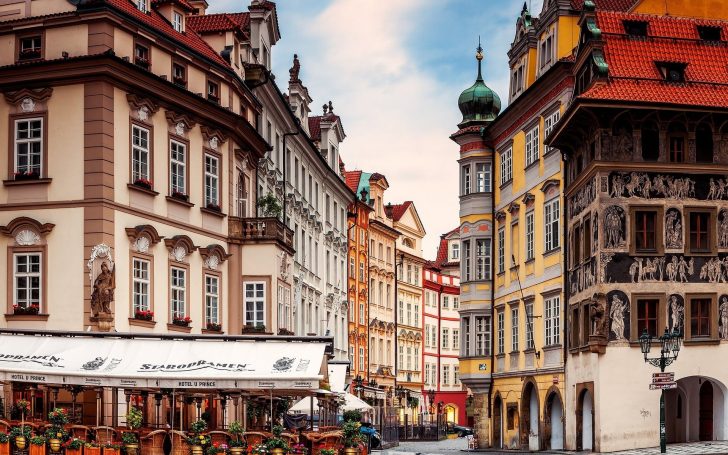 The Czech Republic is a country located in Central Europe, squeezed in between Austria, Poland, and Slovakia.

Due to its eventful history of Czechs, Germans, Jews, Slovaks, Italian stonemasons, French vendors, and Napoleon’s army deserters all living there and shaping it into what it is now, it has developed into a gorgeous country filled with ancient castles, monasteries, churches and even small towns so gorgeous that they look like artifacts of sorts.

However, it is not all about architecture, castles, and history in the Czech Republic.

For example, Krkonoše National Park is known for its diverse ecosystems varying from alpine meadows and moorland to high slopes and tundra.

The ecosystems are actually so unique that the park was designated a UNESCO Biosphere Reserve in 1992.

The Czech Republic is very safe to travel to, the crime rates are very low, and even pickpocketing is not that common. However, it is advised that you remain vigilant at all times, especially on the streets.

Transportation in the Czech Republic is safe and mainly reliable, except for the pickpockets operating in public transport. Always negotiate the price before using a taxi and never pay upfront, or simply use a reputable company (e.g. in Prague AAA taxi, Profi Taxi, City Taxi). Taxi drivers in Prague are notorious for taking the longest possible route to earning more money or for using the so-called “turbos” which speed the meter up.

Pickpocketing exists in the Czech Republic but it is not too big of an issue. There are specific gang groups of pickpockets circulating along with trams and public transportation and pickpocketing people as they get on and off. Be careful and keep your valuables close by your side.

As for natural disasters, there are no greater risks, apart from flooding that sometimes happens in spring.

It is not likely you will get mugged or kidnapped in the Czech Republic. Still, don't let your guard down and stay away from dark and deserted areas of bigger cities.

There haven't been any terrorist attacks in the Czech Republic's recent history, but they shouldn't be ruled out, so be aware of your surroundings at all times.

There are several scams performed in the Czech Republic, especially in Prague, one of them being performed by fake police officers, as well as criminals using electronic "skimming" to steal credit card information at certain ATMs. Also, when paying, never give your credit card to waiters or vendors to make transactions themselves, and always keep your eyes on your credit card. Another piece of advice for tourists is to never exchange your money on the street.

Overall, the Czech Republic is very safe for women traveling solo. Just use your common sense and have your wits with you. Avoid poorly lit and deserted areas at night and find yourself in places filled with drunken people.

So... How Safe Is Czech Republic Really?

The Czech Republic is very safe to travel to.

Possible problems you may encounter are petty theft and street crime, but if you take basic precaution measures, you shouldn’t have problems with that either.

Violent crime and assaults in the Czech Republic are also rare, and tourists are unlikely to find themselves in such situations.

However, the Czech Republic is not completely free of dangers: there are several nuisances that travelers should be aware of.

Be careful in crowded places, since this is where pickpockets operate, particularly in Prague.

You may find yourself in a large group of people jostling you.

You should also watch out for particular pickpocket gangs operating in Prague: they are usually male, although sometimes there are women too; they are all extremely overweight and rely on their sheer size and number to disorientate tourists.

Operating on the 9, 10 and 22 trams as well as the central metro stations, they usually steal from people just as they’re getting on and off, or while they’re on the escalators.

Never pull out your tickets unless someone authorized asks you to do so.

Keep your wallet and money safely by your side.

This implies that there is some health risk, especially in cheap brothels (often spotted with red lights on their windows) or on the street.

Be careful because there have also been cases with prostitutes offering their clients a drink with sleeping pills and then stealing everything.

How Does Czech Republic Compare?