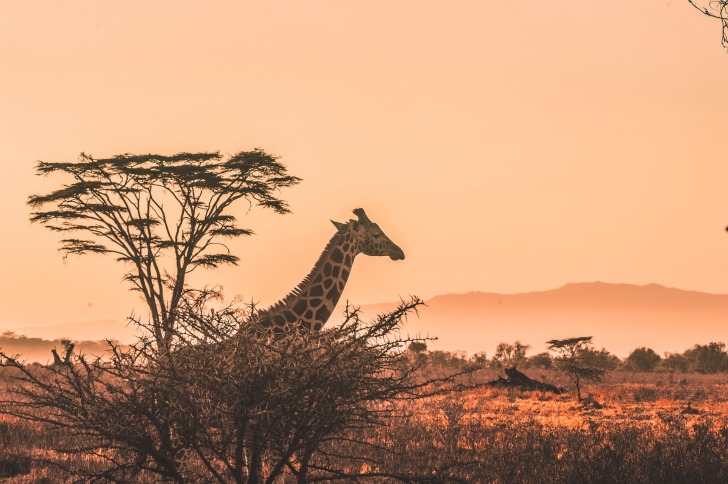 The state department has deemed the Central African Republic Level 4 Do Not Travel for its unsafe conditions on many fronts.

The Central African Republic offers one of the prime destinations for safari travel, but its unstable political climate often stands in the way of visitors’ safety.

A trip to the Central African Republic currently provides numerous dangerous situations. These include natural disasters, tribal war, political unrest, tap water risk, animal and insect bite risk, food risk, disease risk. The US State Department elevated its threat level to Level 4 Do Not Travel, its highest rating. You should put off a trip to the Central African Republic until its conditions improve. According to the State Department, the threat of COVID-19 only increased the danger of traveling to the area. The US Embassy in Bangui has a “limited capacity to provide support” to US citizens, plus the area currently experiences elevated levels of civil unrest, crime, and kidnapping. Americans make ideal targets for the kidnappers and perpetrators of other crimes. Throughout the country, including its capital of Bangui, increased numbers of political demonstrations and armed conflicts have occurred.

Most of the roads in the area consist of dirt only and wash out during the rainy season. Traditional taxis and mass transit don’t exist. You rent a car and driver or use air travel to reach your destination. Air travel proves much safer since roadside bandits often attack cars on the road. Armed gangs rob travelers even in and just outside of Bangui. Limited buses and minibusses run within major cities. The few independent taxis use no meter or set fares and you must negotiate your travel for each trip.

Crime has risen to an all-time high in the country. Theft and robbery have become a mode of self-support and the road has become a dangerous place for travel on foot, by bike, or by vehicle. You should not carry valuables if you must travel to the Central African Republic and have your hotel lock your money or credit cards in the hotel safe. Never use your cell phone on the street.

While you only need to concern yourself with floods during the rainy season, the animal population creates a second serious natural hazard risk. Both insects and mammals provide a very serious and pervasive threat. The likely suspects of fleas, mosquitoes, and ticks carry diseases in the Central African Republic that you can’t prevent with medicine or vaccination. To avoid these bites, you should use preventative measures including clothing, insect repellant, screened tents, or rooms for sleeping with an added bed net or air-conditioned quarters. Always use an insect repellent containing 20 percent or greater DEET. If, despite your best efforts, you do get bitten, avoid scratching the bites. Treat them with either calamine lotion or hydrocortisone cream to alleviate the itch. Always check your body completely for ticks after any time outdoors – even in the city. Properly remove the ticks. Although they do not carry any diseases, bed bugs create any annoyance, and you should check your bedding for them before sleeping on it.

Similar to the pickpocket risk, you could easily get mugged in the Central African Republic. Your best method of remaining safe if you must travel to this country remains to leave all of your valuables in the hotel safe. Dress like a local. Memorize the directions to your destination so you needn’t look like a tourist.

The chance of terrorist action such as being kidnapped and held for ransom is rather high at this time. You should plan ahead if you must visit this area, leaving a DNA sample with your physician and determining proof of life test that you share with your family. The risk is that high in the Central African Republic.

Unlike other countries in Africa, the Central African Republic isn’t known for its scams. The worst you’ll find in this threat category is a tax driver who overcharges for his fares. This is probably the only issue the country avoids at this time.

Women remain under greater threat than men. A woman will more likely be kidnapped since she can typically fetch a higher kidnap price and she can be raped. This isn’t just true of American or European visitors. Kidnap of young women, especially children, and teens is common within many African countries.

Like visiting Mexico, do not drink the water. This applies to the tap water, the well water, and local spring water. Drink bottled water only since the natural water doesn’t get treated and can cause virulent illness.

Few safe areas exist currently in the Central African Republic, sometimes shortened to CAR and pronounced like the vehicle you drive.

The country has become best known for its natural beauty.

It and its neighbor, the Democratic Republic of Congo (DR Congo), consist mostly of jungle.

Most people who do visit there go to see forest elephants, western lowland gorillas, and butterflies.

The country remains one of the poorest locations in the world and in the 21st century, few tourist attractions exist there.

Before the country broke from France in 1960, it fared better.

Today, a few spas dot the border of its capital, Bangui.

When conditions improve, you might visit the Dzanga Sangha National Park in the country’s southwest.

Avoid all areas of the country, especially its north and northwest regions where political unrest and faction fighting rages the worst.

Those who must visit the country for business or government work should stick to the capital city.

Known for its mineral resources of diamonds, gold, iron, uranium, copper, and manganese, you might be tempted to try to tour a mining operation, but you should not.

Most individuals will find a safe religious experience since about half of the country is Christian, nearly an even split between Catholics and Protestants.

Just the amount of Protestants are the 15 percent belonging to the Muslim religion of Islam, and the remainder – about 35 percent of the population – practice native religions.

You should not try to explore other religions there though because religious differences form one of the basic causes of the instability that created the wars that caused the poverty.

So... How Safe Is Central African Republic Really?

The CAR is not safe.

Along with the enhanced threat of COVD-19, polio, and yellow fever also run rampant there.

All visitors must already have been vaccinated against all three diseases.

The Centers for Disease Control (CDC) has raised the threat level for polio to Level 2.

Even with those vaccinations, you should take added precautions.

There is currently no embassy within CAR.

The US Embassy in Bangui no longer offers consular service.

You must go through the Cameroon US Embassy in Yaounde, Cameroon.

Central African Republic is not a safe destination.

Factions fighting since 1960 have resurged their warfare and travel within the country is unsafe.

Avoid traveling there at all costs.

How Does Central African Republic Compare?