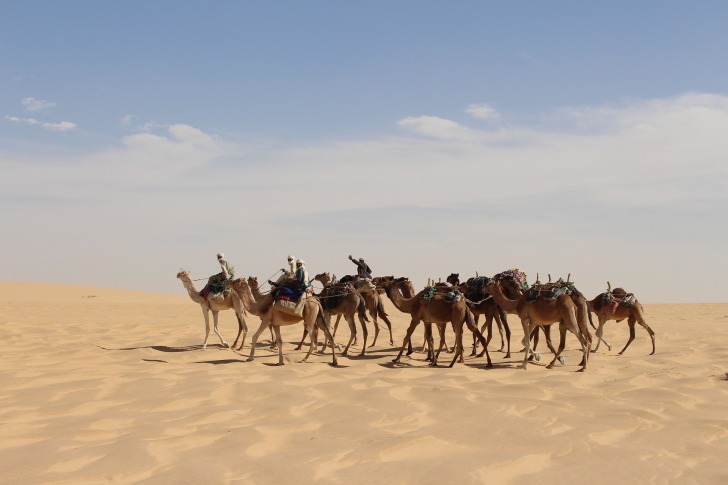 A landlocked country located in north-central Africa, Chad is an ethnically diverse, resource-rich semi-desert country that’s largely unknown to the outside world.

Despite its lack of global attention, Chad, which has a population of 16.43 million people (as of 2020), boasts a lot of interesting places and features, including:

Bordered by the countries of Nigeria, Libya, Sudan, the Central African Republic, Cameroon, and Niger, “The Babel Tower of the World,” as it’s called due to its ethnic and cultural diversity, can make for an interesting vacation destination.

If you’re a bold, adventurous explorer who isn’t strongly fazed by higher-than-normal crime rates, Chad might just be the destination you’ve been looking for.

Here’s some helpful information about this fascinating African country that we hope will help you in all the planning stages of your trip.

Due to the high risk of violent crime, kidnapping, unrest, and terrorism, Chad isn’t widely considered to be a safe country. Chad is generally believed to be quite dangerous, especially for foreigners. If you decide to visit this country, you’re strongly advised to seek professional advice regarding security to make sure you’re as safe as possible.

The main modes of transportation in Chad are buses and taxis, and they’re also the cheapest ways to get around. According to Smart Traveler, public transport in Chad, which includes buses and taxis, isn’t the safest and most reliable. We’d say that Chad’s transport and taxis risk is quite high.

Pickpocketing and other petty crimes usually occur in commercial and market areas, and their rates tend to increase at night. Local police and security forces, or people pretending to be them, may try to obtain money from travelers through the use of fake fines and intimidation. Since the risk of pickpockets in Chad is high, you should certainly seek professional security advice before making your trip.

Chad’s population is quite vulnerable to floods, epidemics, and food and nutrition insecurity. Despite global humanitarian efforts to combat these problems, the issues continue to greatly impact the people of this north-central African country. You can expect a high natural disasters risk in Chad.

A report by Numbeo shows a high level of worry regarding “being mugged or robbed,” at 68.75%. Compare that to New York City, where the level of worry is at 46.05% (moderate). This data shows us that Chad has a high mugging risk.

Chad has seen an increase in terrorist attacks over the past several years. Terrorist groups like Boko Haram (BH) and ISIS-WA have been known to terrorize both civilian and military targets, and the attacks have only been rising. Because of this, we can conclude that Chad has a high terrorism risk.

There are no online sources that address scams in Chad specifically, but police impersonation, nepotism, and bribery are widespread problems. Corruption among investors and government officials is also common, meaning that anyone closely involved in these sectors should be extremely careful. This information tells us that Chad has a high scams/corruption risk.

Although there’s no data about crimes against women travelers in Chad, both the US and the UK governments have issued level 3 travel advisories, which suggest that people should reconsider travel to this country. And since women tend to be targeted more in places with limited economic opportunity, women are strongly advised against traveling to Chad, especially on their own.

With one of the world’s lowest rates of sanitation services and access to clean drinking water, Chad has a long way to go in this area. That said, access is improving in urban areas, such as N'Djamena, the capital of Chad. Thus, the tap water risk is medium to high in urban areas and high in rural areas.

Safest Places to Visit in Chad

Despite the country’s high levels of crime, ongoing conflicts, and lack of access to sanitation services, Chad is distinct and impressive in its own way.

The country may be characterized by extremes of many sorts, but for the hardened adventurer, this may be exactly what they’ve been looking for.

Some of the best places in Chad include:

It’s not uncommon to see modern buildings juxtaposed with mud-brick shanties, a stark reminder of the economic state of this country.

Even so, the city is filled with culture and life.

You can explore the history of Chad by checking out the national museum and buying souvenirs at the central market.

This city, which used to be the site of the French Colonial Fort Archambault, is situated on the Chari River, about 350 miles away from N’Djamena.

Sarh’s warm, the wet climate makes it ideal for cotton production, which is the city’s main export.

Although there aren’t many tourists in Sarh, the city has a vibrant performing arts scene, which is sure to entertain for hours on end.

Regarded as one of the most successful conservation efforts in Central Africa, the park features a wide array of mammal and bird species.

You can even enjoy a relaxing dinner while relishing the views of the African bush.

Places to Avoid in Chad

Hotspots for violent conflict and terrorist attacks include Chad’s borders with Sudan, Libya, the Central African Republic, and the area around the Lake Chad Basin.

Northern Chad has seen violent conflict with armed rebels, and terrorist attacks, especially by Boko Haram (BH), have been an ongoing problem.

Stay away from large public gatherings, especially protests, since they can turn into violent eruptions.

At the same time, be hypervigilant when you’re in remote areas since kidnappings are more likely to occur there.

Currently, the western Tibesti region that borders Niger and the Sila and Ouaddai regions are in a state of emergency due to fighting between rival ethnic groups.

Safety Tips for Traveling to Chad

So... How Safe Is Chad Really?

However, Chad can be a wonderful country to check out for the right type of traveler.

Ideally, people who plan to travel to this north-central African country are extremely seasoned travelers who have visited and/or lived in high-risk locations, especially in central Africa, and can keep their composure in dangerous situations.

Although Chad doesn’t see a lot of tourism, places that draw the most tourists include N’Djamena, Sarh, and Zakouma National Park.

Wherever you are in Chad, always be aware of your surroundings and avoid large crowds at all costs.

Places you should avoid are Chad’s borders with Libya, Sudan, and the Central African Republic and around the Lake Chad Basin.

Also, avoid remote areas since kidnappings are more likely to happen there.

If you’re a highly experienced traveler who knows how to respond to a wide array of serious emergencies, such as violent conflicts, you still might want to visit Chad, which will certainly offer you a once-in-a-lifetime experience.

Just do your homework ahead of time and you may be up for the vacation you’ve always been dreaming of.

How Does Chad Compare?