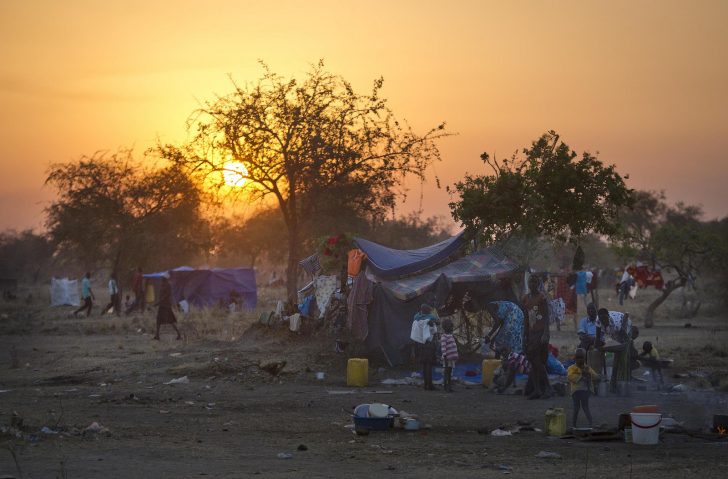 South Sudan is an African country that has only recently gained its status as an independent country.

South Sudan is a breakaway region of Sudan, and it shares its borders with Sudan, Ethiopia, Uganda, Kenya, the Democratic Republic of the Congo, and the Central African Republic.

This country has been owned by many countries throughout its history, like the Egyptians, Ottomans, British and Sudanese.

After many decades of ethnoreligious conflict with Sudan, South Sudan legally gained independence on 9 July 2011.

Even though it is an extremely dangerous country and tourists are discouraged from visiting, Safaris to Boma National Park and Nimule National Park are a sight to see.

You can visit this park to see the greatest migration of mammals on the earth.

Since South Sudan is located near the Equator in the tropics, its landscape is breathtaking, with much of the country being covered in tropical rainforest, with enormous swamps and grassland regions.

The White Nile also passes through the country, making South Sudan truly an African gem when it comes to natural beauty.

South Sudan is not safe at all and many governments are advising their citizens against traveling here because of the current conflicts that left a mark on South Sudan. This country is dangerous and if you're currently in South Sudan, make plans to leave as soon as the opportunity presents itself.

You should know that South Sudan's traffic is operating on roads that are basically dirt tracks that during the rainy season turn into mud tracks. The only paved roads South Sudan has been in major cities like Juba and Rumbek. It isn't safe nor easy to get around South Sudan.

Pickpockets are active in South Sudan, and both petty and violent crime is rife. Non-violent petty theft and fraud like pickpocketing, theft of items from vehicles, and fraudulent currency exchanges are common throughout South Sudan to Avoid carrying too much cash and keep in mind that expensive watches, jewelry, and cameras will make you look like an easy target for pickpockets and opportunists.

There are a number of natural disasters that South Sudan is susceptible to, like floods, drought, heatwaves, disease outbreaks and earthquakes.

Muggings are extremely common in South Sudan, so it is recommended that you take extra care on the streets of South Sudan, if you absolutely must leave your accommodation. Avoid going out at night altogether.

Terrorist attacks in South Sudan are possible and the greatest threats are in the areas close to the border with Sudan. Although there haven't been any attacks recently, you should remain vigilant at all times.

Scams are the least of your problems while you are in South Sudan, but you should know that there are scams here and they are widespread, as a fraudulent exchange of money. Be wary of people trying to distract you in order to steal from you and of taxi drivers overcharging you for a ride. We advise you to be extremely careful when handling money and around ATMs

South Sudan is definitely not safe for solo female travelers. You are advised, if it is absolutely necessary that you leave your accommodation at night, to go out accompanied by someone. Be sure to avoid remote streets, both during day and night, and do not flash your belongings or handle money in public.

So... How Safe Is South Sudan Really?

South Sudan is not safe at all and many governments are discouraging their citizens from visiting this country.

Safety in South Sudan dramatically decreased in July 2016, as the fighting started.

If you are currently in South Sudan, you should consider leaving as soon as the situation presents itself.
Ever since August 2012, Sudan and South Sudan have been fighting near the areas along the border between the two countries and crossing over from one country into the other is extremely dangerous.

If you are approaching this area, you need to be extremely careful, as there are risks that you might get killed or seriously injured.

Do not cross the gated and secured the border into Sudan under any circumstance.

Islamist groups like Janjaweed also operate in the country.

The presence and activity of Islamist groups in the country make the situation extremely tense, so if you’re traveling to South Sudan, do not approach the region along the border with Sudan!

You should also know that homosexuality is illegal in South Sudan.

Anyone involved in homosexual activities can be sentenced to up to 10 years of imprisonment, though the penalty for women and lesbian acts is not known.

Stay away from South Sudan if you are a member of the LGBTQ community.

How Does South Sudan Compare?