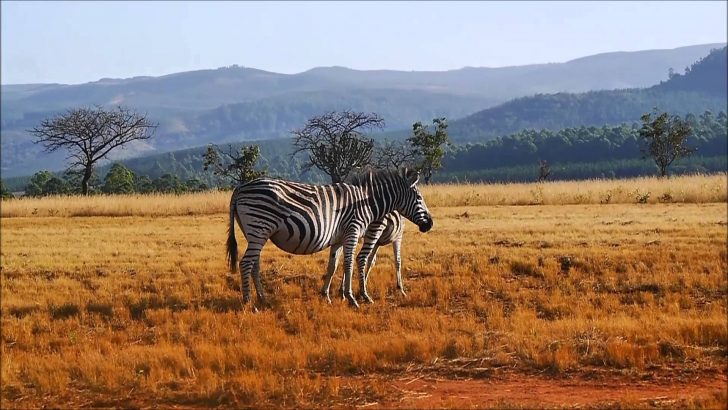 Eswatini is an absolute monarchy located in Southern Africa.

It is a landlocked country sharing its borders with South Africa in its west and Mozambique in the east.

Eswatini is one of the last absolute monarchies in the world and is, at the same time one of the smallest countries in Africa.

However, despite this, it has a giant heart: its reputation for friendliness is well known as is its interesting natural beauty and variety: it has several large game parks and reserves sponsored by the government.

Until recently it was called Swaziland, and they changed their name to Eswatini.

In comparison with other countries in the region, Eswatini definitely stands out as the most civil and peaceful one, with locals who exude warmth despite what they had to live through.

Namely, this country had poverty problems typical for Africa and apart from that one of the world’s worst AIDS crises.

In the past decades, the situation with AIDS was regulated and Eswatini regained a regular flow of tourists.

Hlane Royal National Park is one of the greatest attractions and the largest national park in this country: here, you can see a variety of wildlife including lions, white rhinos, zebras, elephants, and other rare mammals, not to mention rare bird species.

Overall, Eswatini is mostly safe to visit, but it has many dangers that tourists should be aware of. Though it isn't notorious for violent crimes, you shouldn't carry or flash any possessions as this country is poverty ridden and your valuables might attract attention. Apply basic precaution rules to minimize chances of getting hurt.

Traffic accidents are one of the greatest dangers in Eswatini. Tourists are advised to be particularly cautious on the road as there are many road hazards in this country, such as: reckless drivers, speeding, poor lighting, ignoring traffic signals, livestock on roadways, slow vehicles on the road, drunk drivers, drivers texting, poor road conditions and extreme weather conditions (heavy fog, rain, hail).

Petty theft exists in Eswatini, mostly in the form of bag snatching and pickpocketing. Tourists are recommended to remain vigilant at all times when on the street. Make sure you don't flash your valuables on the street or eat expensive or quality foods in front of people if residing in impoverished areas.

As for natural disasters, one of the more serious issues are the hippopotamuses that can (albeit rarely) be found in the Eswatini's rivers, and are one of the more dangerous animals in existence . They usually stay submerged in water during the day, and come out at night. They can be unpredictable and territorial so be vigilant around rivers. Crocodiles are a more common danger when swimming in rivers.Another threat posed by Eswatini's nature is the heavy presence of lightning: this country has one of the highest numbers of people struck by lightning per capita in the world.

Muggings and robberies are common in Eswatini; in fact many people have reported being robbed in broad daylight, in front of people, so the presence of other people on the streets is not a sign of any type of safety. Kidnappings aren't common in Eswatini.

Although there haven't been any terrorist attacks in Eswatini's recent history, they shouldn't be ruled out so remain vigilant at all times.

Scams are very common in Eswatini, so double check your change, never pay anything upfront and negotiate everything in advance. Watch out for people sending you free drinks and never leave your drink unattended.

Eswatini isn't the safest place for a solo female traveler. If you do visit this country, make sure you don't wear anything of value when walking the streets, and never ever leave your accommodation alone at night. It is best to move around accompanied even during the day.

So... How Safe Is Eswatini Really?

Eswatini is generally safe to visit, but it’s a country of many dangers.

Even though physical violence isn’t very common in Eswatini, walking around at night is advised against, especially outside Mbabane and Manzini where there is almost no street lighting.

As far as your possessions go, tourists are advised to not flash any of them, especially if they’re valuable in any way, and if you are working or traveling in impoverished rural areas, do not eat expensive foods in front of the locals, particularly the children, who aren’t used to eating quality foods, especially if they are AIDS orphans fed within the Sebenta school program.

Speaking of AIDS, Eswatini has the highest HIV/AIDS prevalence rate in the world, though it’s under control nowadays.

Still, nearly 1 in 3 adults are infected, which is why it is important for tourist to know that if they find romance in Eswatini, they should insist on an HIV test and never have unprotected sexual intercourses.

Another issue to keep in mind is not to ever, under any circumstances, insult King Mswati III or the royal family of Eswatini.

There have been cases of people being shot or brutally injured for having something negative to say about the royal family.

Also, try to avoid all political demonstrations that are known to be held from time to time.

How Does Eswatini Compare?