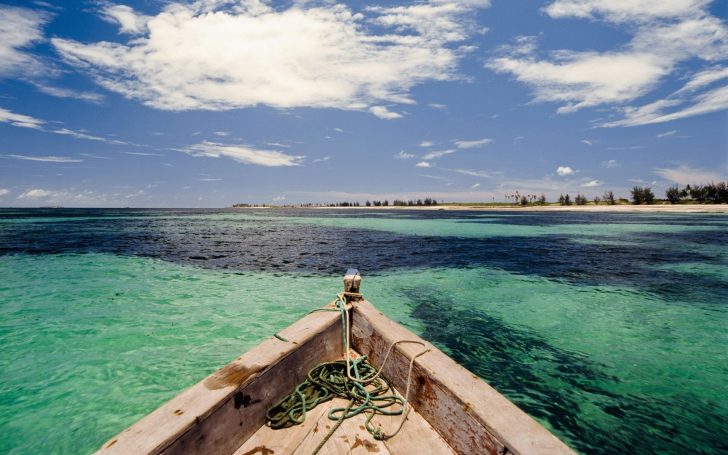 Mozambique is a country located on the Indian Ocean coast of Southern Africa, sharing its borders with South Africa to the south, Tanzania to the north and with inland borders with Malawi, Zambia, Zimbabwe, and Swaziland.

Its eastern coastline along the Indian Ocean with gorgeous clear and turquoise waters is a perfect place for numerous water sports.

Since the coastline stretches for 2500 km, you can count on a vast number of all-natural unspoiled beaches, literally as if untouched by human hand.

This is truly a heaven for scuba divers, fishermen, sailors, and beach lovers.

From the famous Monte Binga peak to the mentioned stunning beaches, Mozambique is a country brimming with contrasts.

It boasts some of the best colonial-era architecture and relics, while consistently maintaining its African cultural heritage, and you can feel it everywhere: in the food you eat, the street art you stumble upon, and the music you hear at every step.

You can expect to have a marvelous time both in Mozambique’s cities as well as its little charming fishing villages.

Overall, Mozambique is relatively safe, probably safer than its neighboring countries, but there are extremely high rates of both petty crime and violent crime due to the poverty of the population. You should be vigilant and take all possible precaution measures in order to minimize the risk of something going wrong.

Like in most African countries, transport is not reliable or safe. Avoid getting on a bus alone if you're a woman, and be prepared that buses may get stopped on the roadway by criminals. Carjacking is also common.

There is an extreme threat of petty crime, like in the majority of African countries, and you should be extremely careful when handling your valuables and never carry your money in a purse or a pocket. The riskiest locations are crowded places such as markets, public transport and bus, and train stations.

Mozambique is such a poor and vulnerable country that extreme climatic conditions can bring the entire nation to the brink of disaster. This country has been severely hit and affected by floods, cyclones, and drought.

Violent crime is, unfortunately, not rare in Mozambique. Muggings, robberies, rape, and murder happen on the streets of Mozambique so you need to be very careful. Most crime is concentrated in Maputo where criminals are violent and armed, often working in groups. Tourists have been targeted in the past, so avoid displaying any signs of wealth: jewelry, running shoes, cameras, and purses should be left at home.

There haven't been any terrorist attacks in Mozambique's recent history but they shouldn't be ruled out. Be aware of your surroundings at all times.

As in any other tourist destination, and especially in poor and developing countries, there is the risk of getting scammed. Always check your change twice, negotiate the price of every service beforehand, and ask around about the real prices of services and other goods.

Mozambique isn't the safest of countries for solo females. Apply basic precaution measures - avoid wearing purses and do not walk alone or roam around deserted or poorly lit streets and areas. Women are advised against going to beaches alone or entering buses without someone to accompany them.

So... How Safe Is Mozambique Really?

You should expect the same risks as in other countries of Africa (this doesn’t apply to the extremely dangerous parts of Africa).

As an experienced traveler, you know by now that you should take all the normal precaution measures as petty theft is common, as is a violent crime such as muggings, robberies, rape, and murder.

Women are strongly advised against walking alone on beaches whether by day or night, and it is recommended that women usually go accompanied all the time.

Attacks on women have been on the increase during the last couple of years.

Generally speaking, you shouldn’t have any problems with the Mozambican people as they are extremely warm and friendly and you will probably even have fewer problems with the people than you would in any other country surrounding it.

Do not trust the police as they tend to extort money from tourists are bribery is widespread throughout the country.

Relying on the police probably won’t solve your problem, whatever incident you find yourself in.

You should also keep in mind that there is still some violence between FRELIMO and RENAMO political movements in Mozambique and many South African tourists have been attacked.

The violence is only active north of Vilanculos, so just avoid this area.

How Does Mozambique Compare?