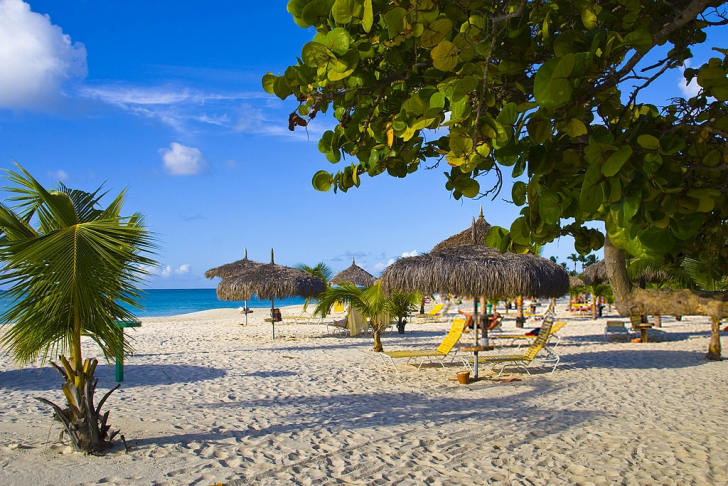 Aruba is an island and considered to be a constituent country of the Netherlands located in the Southern part of the Carribean Sea which together with other islands are known as the ABC islands or Dutch Carribean.

Even if located in the western part of Lasser Antilles and in the north region of Venezuela, all the citizens of the island are of Dutch nationality.

Due to its dry climate unlike other Corrabian countries, it has positively affected the increasing traveling rates as you can there surely enjoy sunny and very pleasant weather without hurricanes as it is situated outside its belt.

It is known that this island is one of the safest islands in the Carribean region, but still, there are some registered cases of crime. This means that even if it claimed to be safe, you should be very attentive with your belongings as well as with yourself.

Regarding the taxis, one thing should be kept in mind and this is that they are regulated by the government, which considerably reduces the risk, but also all the precaution measures should be taken in order to avoid any unpleasant cases. There are bus routes that can easily substitute the expensive taxi fees and get you where you want to.

As in all touristic destinations, things can happen and pickpockets however low in number they do operate, but these can be easily avoided through keeping an eye on your belongings and not leaving them in insecure places.

Even if no recent hurricane records exist the season normally runs from June to November and normally affects the north part of the island. Just for you to be sure that everything is going to be fine, keep an eye on all the updates made by the National Hurricane Center.

A small level of crime does not mean that there is no crime at all, so as a result, you should kind of be prudent, do not walk alone in really dark places and do not put the most expensive that you have on you.

Even though there are no records of terrorist attacks happening on the island, the chances of this happening are never null. This is why you should always be prepared for events beyond our control.

As all over the world there are scammers on the islands but these could be easily avoided through using your common sense and not being easily influenced.

From some prospectives, Aruba is considered to be for traveling women safe, but this does not mean that being alone is really nice. Just wisely choose your accommodation and let people know about your plans, do not be afraid to walk alone and enjoy all the female-oriented activities provided on the island.

So... How Safe Is Aruba Really?

From first sight, it really seems that Aruba is not the safest place to travel when realizing its position relative to Venezuela, but we can assure you that this is not like this.

Taking all prospectives into account, it can be claimed that it is one of the safest Carribean islands, but low levels of crime do not mean any crime at all.

One piece of advice would be to forget about doing some activities in the north part of the island as there is the place where three currents meet and as a result, it is considered to be dangerous.

Another one will be to take care of your belongings and as a result, you will for sure enjoy the safe journey to Aruba.