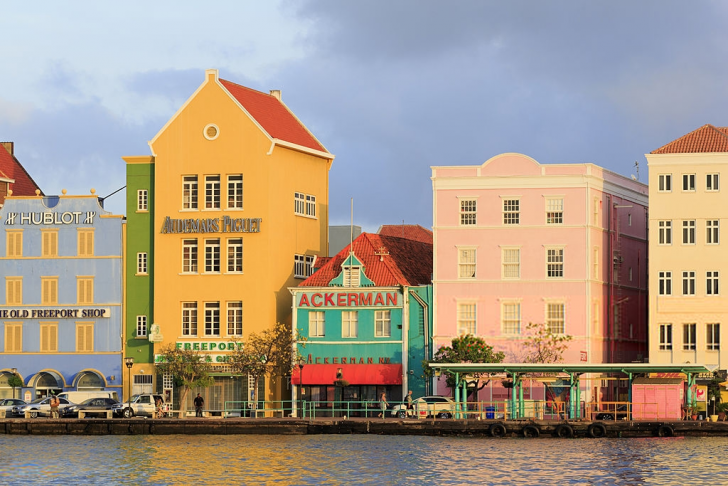 Social influences that are felt by tourists while traveling here are due to the mixture of Dutch, Indian, and African traditions.

Even if Dutch is the official language of the territory,  English, as well as Spanish, are widely spoken there as well, and this serves as another sign that this island serves as a meeting point of a few nationalities that makes it a very interesting attraction point for tourists.

Most visits to the island are trouble-free, however, there are some crime concerns, but these rarely affect tourists as these areas are mostly safe.

Taxi is the most used mean of transportation used on the island and recommended to the tourists as it is believed to be the most developed and safe one.

Pickpockets are often met here as it is all over the world and for these to be avoided try to watch your belongings whenever you go.

Most hurricanes pass to the north of Curacao and the season for them runs from June to November, however, there are no records of these ones happening in recent years, but just occasional tropical storms.

There are really few cases of mugging as this island is considered of being a low-leveled criminal activity country, but still, all the measures should be taken in order to maximally avoid these cases.

Even if there is no historic data of any terrorist attack happening on the islands, there is still a chance for this to take place, so in that case, just follow all pieces of advice given by public authorities.

Scams cases on the islands have happened but these could be easily avoided through using your common sense and trying not to be easily influenced.

It is believed to be a very safe place even for sole women traveling, but still, be aware of all the risks that have been mentioned above.

So... How Safe Is Curacao Really?

The island is still considered to be the point of transportation of drugs to Europe and the Americas and you as a tourist should be aware of this and do not leave your belongings unattended, do not discuss or agree to carry someone’s package as this can affect your security.

Even if it is believed to be a trouble-free traveling point theft and street crime is considered to be a problem here due to the main illegal occupation of the inhabitants.

Touristic areas of the island are generally considered to be safe, but it is advisable to not walk alone there at night and do not carry all your expensive things with you or leave them in not so secure place as the car you will be driving or the room you will be staying in.

Keep an eye on all the updates made by the state-owned websites regarding natural disasters and follow all the recommendations given on them.

From other perspectives, it is a safe place for traveling if and only if you will take care of yourself, follow the listed pieces of advice as well as recommendations in case of emergency given by public authorities.

How Does Curacao Compare?