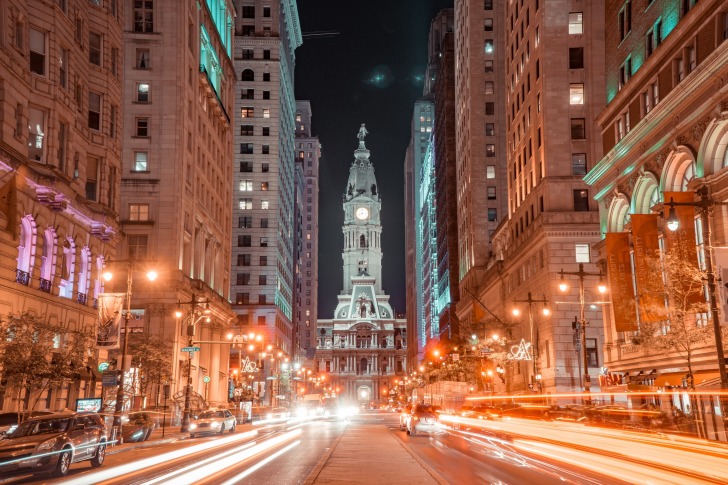 Pennsylvania was the second of the 13 original colonies to ratify the constitution and has a lot of history to explore.

It played a major role in the founding of America and was the site of the last major battle of the Civil War at Gettysburg.

Pittsburgh played a big role in the industrialization of the nation.

It is called a mid-Atlantic state, just below New England.

It is very close to the ocean, and its northwest border is on Lake Erie.

The East side of the state is part of a big urban area that includes New York, Baltimore, Washington, D.C., and Philadelphia.

There are a lot of rural areas as well, with national and state parks to explore.

It is also the home of Hershey chocolate and is called the chocolate capital of America.

Pennsylvania has the fifth-largest population in America and is 24th in its crime rate. Its 389 crimes per 100,000 people are just below the national average of 398. It has some very large cities, like Philadelphia and Pittsburgh, and those areas have typical big-city problems. The state had a 27 percent rise in crime in 2020, but overall the city is pretty safe.

Philadelphia and Pittsburg have a long history of public transportation. It may not always be clean, but it is reliable, fast, and generally safe. Taxis are regulated. In the cities at least, you can get around fast if you plan, and you will be safe if you use some common sense. The state in general has a good public transportation system.

In crowded areas of Philadelphia or Pittsburgh, there may be some pickpockets working in transport areas. Generally, there is little risk of this type of crime. Even so, you should not leave your property unattended, and don't put your wallet in your back pocket. This type of crime has become less common in many areas.

There are very few earthquakes, and the state is too far north for damaging hurricanes. Storms can wreak havoc locally, but a massive natural disaster is not likely. Snow is heavy at times, but they have a lot of experience managing this type of storm.

Especially in the big cities like Philadelphia, there are dangerous areas where you have a greater risk of being mugged. You have a better chance of being mugged in a big city than you do of being a pickpocket victim. Many areas of big cities are safe, but there are also unsafe areas.

Big cities could be a terrorist target, but thus far there have not been any attacks. Domestic terrorists from radical fringe groups have become more of a concern. There are some random shootings but these are rare. Some cities have gang activity and they can be dangerous.

For tourists, the risk is low. For residents, it is much greater as online scams are much more common. There may be the occasional fake taxi, fake tickets to events, and so forth, but they are not common. Be wary of anyone trying to sell tickets on the street, or of anyone not licensed offering you a ride.

Pennsylvania is a progressive state where women travelers are very common. In many areas, a woman traveling alone will not get much attention. In urban areas, there are places that are dangerous for anyone. Women should not go out alone in some areas, and never at night. Pennsylvania is 40th in the number of rapes per 100,000 at 33.1, below the national average of 38.

The state has plenty of water with a lot of rivers, lakes, and underground. Cities deliver quality water throughout the state. There may be rare problems with pipes in older cities like Philadelphia, but overall there is very little risk from water.

Safest Places to Visit in Pennsylvania

Pennsylvania has a lot of significant historical areas that are safe.

The historical areas around Philadelphia, as well as Pittsburgh, are safe.

There is a large Amish area and a restored coal-burning train in that area.

Outside the big cities, there are historic sights such as Valley Forge and Gettysburg.

Hershey, the chocolate capital of the world, is a must-see.

Waterfalls and thousands of miles of trails wait to be explored.

Lake Erie is in the northwest, and the southeast has rivers leading into the Atlantic.

Places to Avoid in Pennsylvania

Philadelphia is rated as one of the best cities to visit in the world, but it is also one of the most dangerous places in the nation.

Certain areas are very dangerous and should not be entered at all.

The same is true for Pittsburgh.

Tourist areas are very safe, but there are some very dangerous places as well.

Chester, on the Southside of Philadelphia on the Delaware River, is the most dangerous city in the state for both violent and property crimes.

Uniontown, south of Pittsburgh, is the second most dangerous and is not in a big-city environment.

McKeesport, on the southeast side of Pittsburgh, has a crime rate 250 percent above the state average.

Philadelphia is 10th most dangerous by crime rate, while Pittsburgh is not in the top-10.

Safety Tips for Traveling to Pennsylvania

So... How Safe Is Pennsylvania Really?

Pennsylvania is a land of contrast and diversity.

Some areas are extremely safe, and areas that are dangerous any time of day.

Philadelphia is one of the safest, and one of the most dangerous, at the same time.

The southeast of Philadelphia along the Delaware river is unsafe, and there are no tourist areas there.

The Southside of Pittsburg is similar.

Pennsylvania is just below the national average in overall crime and is often in the same place as far as individual crimes.

Natural areas like historical sites and state or national parks are very safe.

There are some areas spread around the state in mid-sized cities that are dangerous.

One odd place to avoid is an area near Centralia, where an underground fire has been burning since the 1960s.

The area around Erie, on the great lake, is also a hotbed of crime, though it is a fairly small town.

The Erie area has a higher crime rate than 90 percent of the rest of the state.

Erie has the most people living under the poverty level in the state.

Overall, the state is about average as far as crime, with plenty of good areas and some areas to avoid.

How Does Pennsylvania Compare?