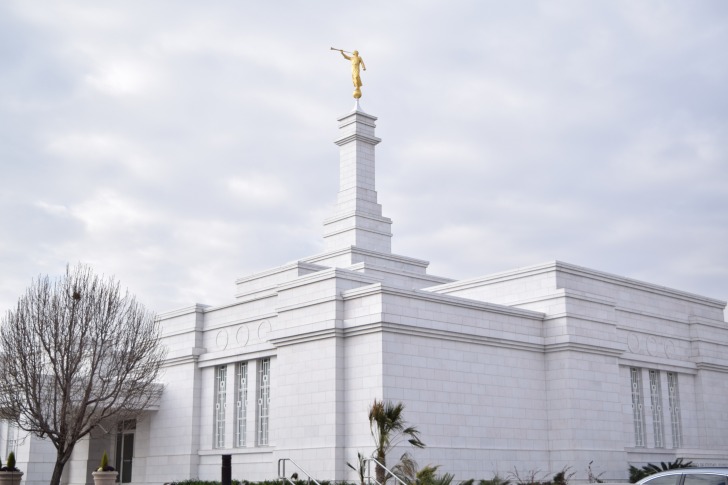 Located in the state of Chihuahua, Mexico directly across the Rio Grande from El Paso, Texas, Juarez is a city of extremes.

Generally, it is far from being a wealthy destination with some rich areas, but most city sections are poor.

Since it is situated along the U.S.-Mexico border, there is a tremendous influence from individuals of every state in the country and many other Central and South American locations.

This brings a diverse mix of many traditions, styles, food, and music since there is no real “Juarez” identity.

With a population of 1.5 million people, Juarez has a variety of interesting and beautiful attractions, despite its reputation for crime from the drug cartels.

One of the best museums in town is La Rodadora, which is a child-friendly and interactive museum that is fun for the whole family.

Also, the Monumento a la Mexicaneidad is a public outdoor art exhibit.

Stop by Las Misiones Mall for all your shopping needs while on vacation.

Juarez is a notorious destination for high street crime related to the drug cartels that operate in the area. While residents insist the city is not that scary or problematic, as a visitor, you must exercise all precautionary measures to ensure you don’t have any issues during your visit. That means, always be aware of your surroundings, know where the closest police stations are and do not wander around alone at night.

If you choose to get around town using public transportation, you must be incredibly careful and aware of your surroundings. This is the main place pickpockets target their prey. That means ensuring your wallet is in the front pocket and your purse is on the front of your chest. Never flash money or high-end values while taking mass transit. When looking for a taxi, try to call or book a dependable company instead of hailing a random cab from the street.

Bag snatching and pickpocketing are common in Juarez, especially in crowded areas like airports, and train and bus stations. Therefore, you must keep your belongings by your side all the time and leave valuables in the security deposit box in your hotel.

The natural disasters risk is low, based on Juarez’s location in the middle of the country. However, the greatest risk is the heat, especially in the summer when the temperature can rise above 100 degrees. It is always advisable to wear sunscreen when visiting anywhere in Mexico.

Kidnappings, muggings, and other street crimes occur in Juarez, but they are uncommon. Regardless, tourists are advised to always remain vigilant and leave all valuables in a safe deposit box at the hotel. Also never flash any high-end items in public, which could entice a criminal to mug you.

Although terrorist attacks have not occurred in the city in a long time, drug cartels are present around the city. Turf wars between warring factions have occurred but are rare. Always be aware of your surroundings and remain vigilant.

Scams are well known to occur against unsuspecting tourists throughout the city. That means you must negotiate everything in advance, double-check all information, and decline drinks sent by strangers as drugging’s can also occur. Be wary of those trying to distract you as it could be a stealing scheme.

While many women have traveled solo to Juarez for business or vacation without issue, sometimes crimes against women occur. The worst issue women will have is cat-calling on the street with offensive comments and whistling. Therefore, it is important to avoid sections of the city filled with clubs and bars and visit them alone. This will prevent you from running into intoxicated individuals.

Like the rest of Mexico, never drink tap water as it is polluted and full of harmful bacteria. Instead, purchase inexpensive bottled water for drinking and to brush your teeth. Also, try not to swallow any water when showering.

Safest Places to Visit in Juarez

Not every area of Juarez is crawling with crime, due to the new sheriff and his policies.

The nicer areas of the city are Gomez Morin Boulevard, Las Misiones, and Avenue Tomas Fernandes.

In addition to being safe to walk around, the area is exceptionally clean compared to the rest of the city.

Another safe and clean neighborhood is Colonia Azteca.

When visiting, you don’t want to miss the “Golden Area” which is the neighborhood near the U.S. Consulate and features a variety of hotels, bars, and restaurants.

This area is also where many tourists visit, so police services are abundant for protection.

Although these are the safest places in the city to visit, that doesn’t mean you should let down your guard.

Always remain vigilant and do not trust anyone being overly nice and helpful, as it is more than likely a scam.

You will find the locals in Juarez to be generally helpful and pleasant, regardless of where you are traveling from.

Places to Avoid in Juarez

Generally speaking, the City of Juarez is extremely poor so there is a tiny middle class.

Outside of the safe places to visit, the bad areas experience extreme poverty.

According to locals and other tourists, you want to avoid areas such as Anapra, Avenue de Los Aztecas, and the outskirts of Juarez.

Many locals and seasoned tourists would also tell you that the downtown area is not clean and should be avoided, however, it does not experience extreme poverty like the outskirts of the city.

Insight Crime has mapped all the violent incidences in the city for several years and has found the most violent areas to be in the northwest and southwest sections, specifically in Delicias, Aldama, and Babicora Sur.

This doesn’t mean the entire area is bad but generally, if you are visiting the city, you want to stay in more touristy areas and hotel zones where police presence is heavier.

Safety Tips for Traveling to Juarez

Before traveling to Juarez, you must be aware of the following safety tips that could be preventing you from being the victim of a crime.

While most visitors to Juarez are unlikely to have a problem with violent crime, if you are threatened for valuables, don’t resist.

The assailant could be armed and may use it, so give them what they ask.

Don’t Take More Than You Need

When exploring for the day, don’t take anything more than needed for the day and secure valuables in lockboxes or hotel safes.

If these items aren’t available, scatter your money in different secret places.

Although most locals in Juarez are friendly, some still maintain a machismo attitude toward women.

While attacks on tourists by drug cartels are uncommon, they have occurred because visitors have not followed government warnings or advisories about not wandering into specific areas without a guide.

Know What’s Going on at All Times

Car rental damage scams, the foreign exchange money switch, watered-down drinks, airport swindles, fake police, and fake taxis are some of the many scams that exist.

While most locals aren’t out to defraud you, be aware of what’s going on and who is around you.

Look After Yourself When Out at Night

From sundown to sunup, Mexicans know how to party and have a vibrant nightlife.

Therefore, always watch out for yourself, your belongings, and fellow travelers.

Drink spiking occurs which puts you at an elevated risk.

Never Leave Your Bag on the Back of a Chair

When dining out in Juarez, avoid leaving your bag over the back of the chair or on the table.

It should remain in your lap or between your feet with the strap around your leg.

Express kidnapping is a growing issue across Latin America and Juarez is no exception.

Although most victims are forced to empty their bank account and be released without injury, it’s traumatic.

Therefore, take precautions when withdrawing money from ATMs and use licensed taxis.

Travel During the Day

Given the ongoing drug war near border towns like Juarez, only travel in your automobile or a rented car during the day to minimize the risk of robbery or carjacking.

Like with anywhere, enjoy your vacation but use common sense by keeping your valuables out of sight and being aware of your surroundings.

So... How Safe Is Juarez Really?

Although Juarez has a reputation for not being a safe city, police officers patrol the most populated areas around the clock.

There have been recent changes within the police organization and the new sheriff has implemented changes that are leading toward more trustworthy police and a safer community for tourists and locals, much better than in the past.

The greatest fear amongst locals is any crimes related to the drug cartels since the city has developed a reputation due to many murders over the past decade.

While violence does occur, it generally isn’t on random tourists since this would make major headlines and bring a lot of unwanted attention to the cartels.

Most that are victims of the violence are somehow connected to underground criminal organizations.

If you are a white American tourist, you may hear a derogatory term like “gringo” being yelled from inside automobiles as you walk by, but the best way to manage this is by ignoring them.

In general, locals are incredibly nice and may even attempt to communicate with you despite not being able to speak Spanish.

Juarez has its problems and as a visitor, you must be always aware of them and your surroundings.

However, if you visit this city, you are unlikely to be a victim of kidnapping or targeted by the cartels for no reason.

Your biggest challenge is pickpocketing, scams, or being mugged; none of which are desirable.

However, if you keep your wits, know where and where not to go, and use common sense, your trip will be amazing.

Given its proximity to the U.S. border, countless Americans, and those from abroad have visited Juarez and found the people to be friendly and helpful even if you don’t speak Spanish, the food to be diverse and amazing, and have had an overall wonderful, problem-free time.

However, before you visit anywhere in the world, you must do your due diligence to understand the risks of traveling to that location.

In the case of Juarez, the city has seen violent turmoil in recent years because of its location at the U.S. border and the drug cartels in the area.

This does not mean you should avoid visiting and enjoying all that Juarez has to offer but follow the main tips:

If you follow heightened precautions when visiting, you will have an amazing time in Juarez, Mexico!

How Does Juarez Compare?