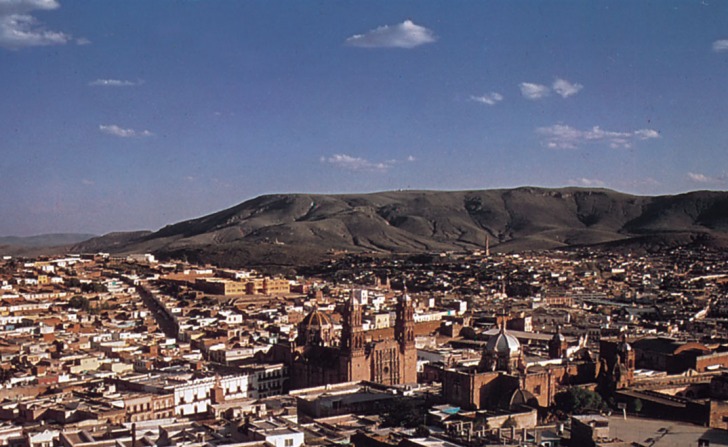 Zacatecas is a city and municipality in Mexico, and the capital and largest city of the state of Zacatecas.

It’s located in north-central Mexico and had its start as a Spanish mining camp in the mid-16th century.

Zacatecas was where thousands of local slaves were forced by the Spanish to toil in the mines.

Due to the wealth that the mines provided, Zacatecas became one of the most important cities in the area.

Now, the colonial part of the city is a World Heritage Site, due to the Baroque architecture and other structures built during mining days.

In general, the city is quite safe. But there is a risk of being robbed or cheated. You should take normal precautions to protect yourself.

Using buses, taxis and walking are preferable because of the winding streets. Taxi is a safe way of getting around. But be sure to negotiate the price before starting a trip.

The possibility of pickpocketing is high, you need to monitor your pockets. Keep valuables in a hotel safe and keep an eye on your money and documents.

The main risks in the region are associated with droughts. Check news sources before traveling to Zacatecas.

Mugging is spread shared in Zacatecas. You should be very cautious with your belongings and avoid showing up on the streets at night.

Terrorist attacks do not often happen here. However, as elsewhere in Mexico, you must stay updated on the news on this subject.

The risk of cheating with credit cards in Zacatecas is high. Also, travelers can be cheated with tour tickets. Make sure you buy tickets on tours in a licensed place and be watchful.

Female, traveling alone can feel safe in the city as long as they do not show up on the streets at late night and wear modest clothes. Also, it's better to avoid bars and nightclubs.

So... How Safe Is Zacatecas Really?

Zacatecas is the colonial city and that the real Mexico begins to emerge.

All of their habits and experience.

Yes, terrorism, not an issue here, but all of many other crimes as robbery, hijacking, and violence are common here.

The index of crime is quite high for the city.

And it increased in the last years.

There are not many tourists here, but if you travel to Zacatecas you should keep in mind: do not rent a luxury car, park only in guarded parking, do not show up on the streets with jewelry, keep your valuables in a safe place, don’t walk late at night.

The U.S. Department of State recommends to visitors stay in defined tourist areas because those are considered safest, however it’s always important to stay vigilant about your surroundings and personal belongings.

Check the authorized source for the latest updates before your visit to the city.

How Does Zacatecas Compare?